The leak of confidential details of Covid-19 patients by a National MP and a former party president has been branded ''simply unacceptable'' by National leader Todd Muller.

Clutha-Southland MP Hamish Walker has confessed to passing private details of Covid-19 patients to the media and the National Party board is meeting today to decide Mr Walker's fate. Mr Muller has written to the party's board asking them to remove Walker from the party.

Efforts to track down Walker today have been fruitless and it appeared he was not at home in Queenstown and a sign at his electorate office said he was on annual leave until July 20.

Speaking to the Otago Daily Times in Oamaru this morning, after a meeting with local business leaders at Whitestone Cheese, Mr Muller said Walker's actions were ''simply unacceptable''.

Asked if he thought Mr Walker should step aside as National's Clutha-Southland candidate, Mr Muller said "ultimately that's a board conversation and, with respect to the first part, that's for him to reflect on".

"[I'm] hugely disappointed, and I've made that point known to him, and to the country,'' Mr Muller said. 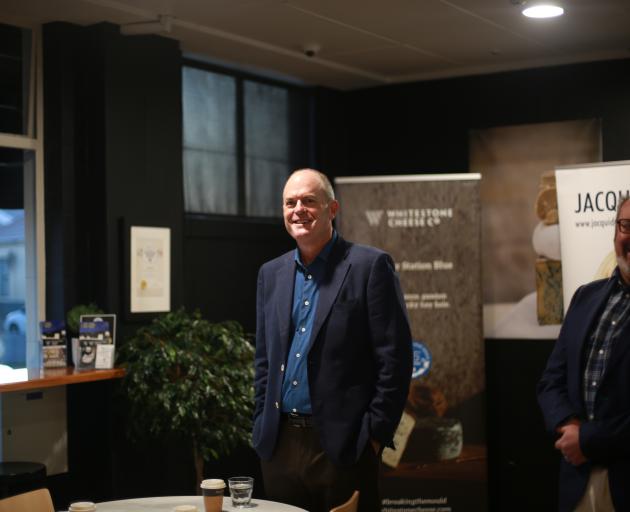 "You have got to look at what sits here, what has happened here. These are New Zealanders who have got Covid, and they deserve their privacy to be protected and the idea that gets leaked out to the media is simply unacceptable, and I have clearly made that point and [what] the consequences are and will flow from it."

A sign on his electorate office in Queenstown says he is on annual leave until July 20. 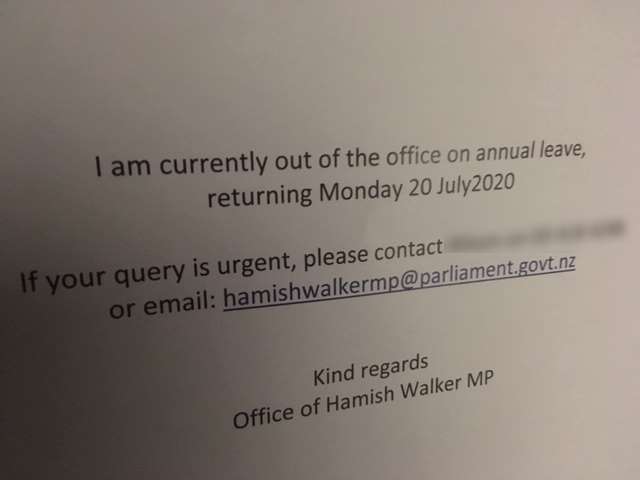 The Government has called in Michael Heron QC to lead an inquiry into how the file was leaked.