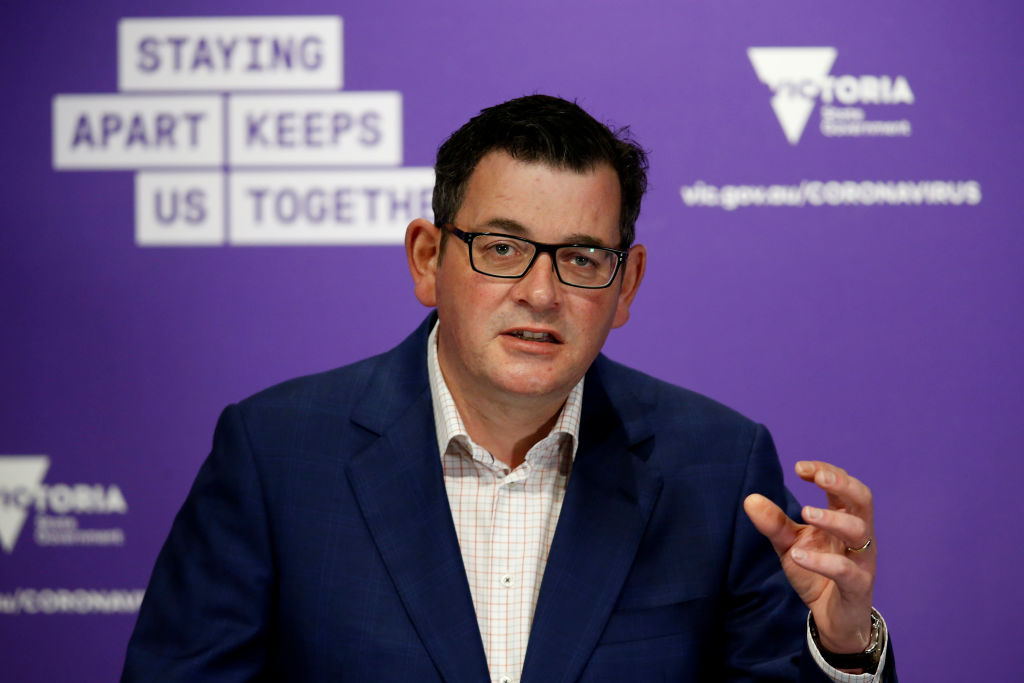 Premier of Victoria Daniel Andrews speaks to media during the daily Covid-19 briefing in Melbourne today. Photo: Getty
Victoria has recorded 725 new cases of Covid-19 and 15 deaths, including a man aged in his 30s.

Premier Daniel Andrews on Wednesday confirmed the figures, which mark the state's worst day of the pandemic.

It brings the state's death toll from the virus to 162 and the national figure to 247.

Of the 15 deaths, 12 are linked to outbreaks at aged care facilities.

The state's previous record was 723 new cases on July 30, though daily case numbers have consistently been in triple-digits for a month.

The second wave of the virus prompted Mr Andrews to declare a state of disaster and impose stage four restrictions on Melbourne, including a curfew.

From Thursday, all essential workers in the city will be required to show a permit if pulled over by police to prove they are allowed to leave their homes.

Some workers - like nurses and police officers - can use their official identification, while others have to apply for the permit online, which must be signed by themselves and their employer.

Businesses caught issuing permits to workers who do not meet the requirements face fines of up to $99,123, while individuals can be fined up to $19,826.