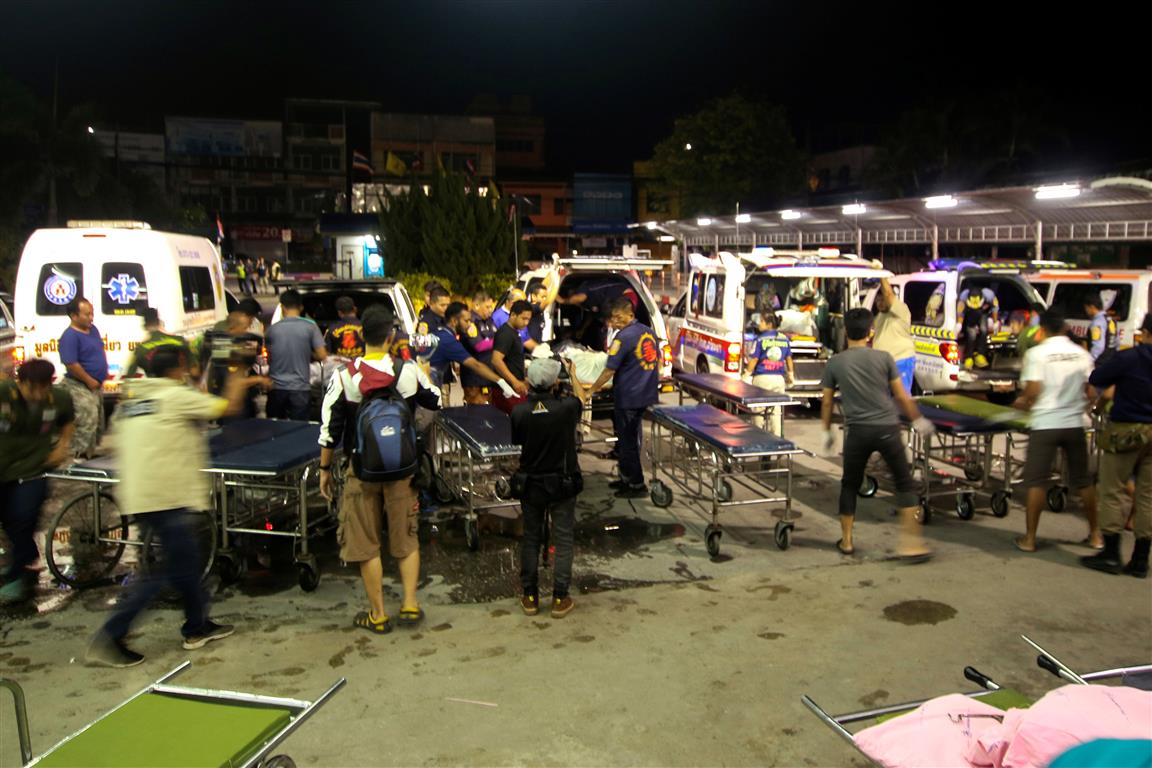 It was the worst single attack in years in a region where a Muslim separatist insurgency has killed thousands.

The attackers, in the province of Yala, also used explosives and scattered nails on roads to delay pursuers late on Tuesday night (local time).

"This is likely the work of the insurgents," Colonel Pramote Prom-in, a regional security spokesman, told Reuters.

"This is one of the biggest attacks in recent times."

There was no immediate claim of responsibility, however, as is common with such attacks.

The population of the provinces, which belonged to an independent Malay Muslim sultanate before Thailand annexed them in 1909, is 80 percent Muslim, while the rest of the country is overwhelmingly Buddhist.

Some rebel groups in the south have said they are fighting to establish an independent state.

Authorities arrested several suspects from the region in August over a series of small bombs detonated in Bangkok, the capital, although they have not directly blamed any insurgent group.

In August, the group told Reuters it had held a secret preliminary meeting with the government, but any step towards a peace process appeared to wither after the deputy prime minister rejected a key demand for the release of prisoners