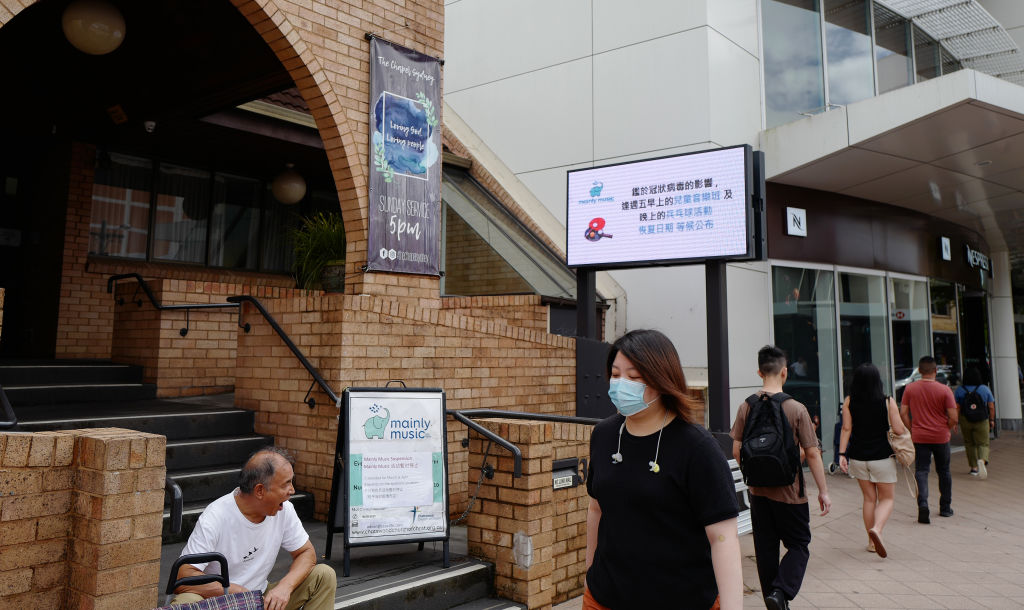 People out in the Sydney suburb of Chatswood. Photo: Getty
More than 70 Australians have tested positive to the coronavirus, and figures are expected to continue climbing across the country.

Australia now has 73 confirmed cases of COVID-19, with two deaths, while 22 people have recovered, authorities said on Saturday.

It includes a new case in both Victoria and Tasmania, and eight new cases in NSW confirmed on Saturday.

"We realised that personal protective equipment for our healthcare workforce and our aged care workforce is absolutely fundamental. We need to make sure that they are kept safe," Professor Kelly said on Saturday.

The latest Victorian case is a doctor who treated 70 patients at The Toorak Clinic in Melbourne during the week. The doctor and his patients, along with staff, are required to self-isolate.

Two patients he visited in Malvern's Mecwacare nursing home are also in isolation.

Media outlets have reported he is the father of singer-songwriter Missy Higgins.

The doctor, aged in his 70s, is believed to have contracted COVID-19 in the US. He showed symptoms while returning to Melbourne via San Francisco on February 29.

The NSW government on Saturday announced eight new cases of COVID-19, bringing the state total to 36.

All of the new cases were close contacts or family members of previously confirmed cases, except for two men who contracted the virus after visiting Italy.

A Sydney school will reopen on Monday following a thorough clean after a male student tested positive.

Meanwhile, four more Australians have been caught up in yet another cruise ship emergency, this time off the coast of California.

Twenty-one passengers on board the ship have tested positive for the coronavirus.