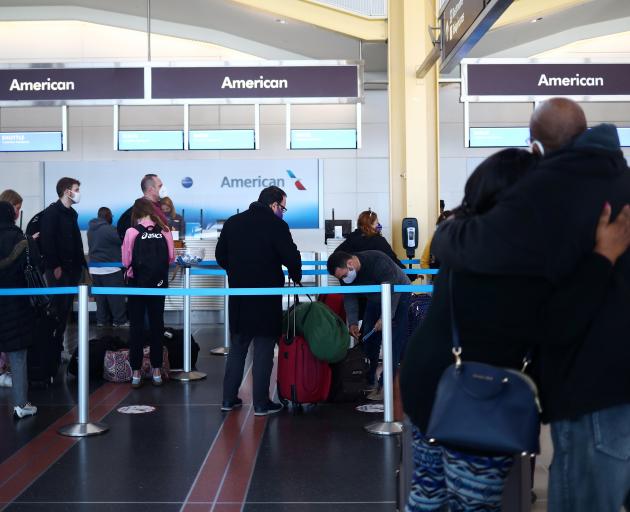 "I believe you always deserve to hear the truth from your president. We have to slow the growth of this virus. We owe it to the doctors and the nurses and the frontline workers ... We owe it to our fellow citizens," Biden said on Wednesday.

"I know we can and we will beat this virus," Biden added, acknowledging that Americans are feeling pandemic fatigue. "Life is going to return to normal. I promise you. This will happen. This will not last forever."

The Democratic former vice president has vowed to make tackling Covid-19 a top priority after taking office on January 20, having accused President Donald Trump during the campaign of panicking and surrendering in the face of a public health crisis.

"Looking back over our history, you see that it's been the most difficult circumstances that the soul of our nation has been forged. And now we find ourselves again facing a long hard winter," Biden said.

Since winning the November 3 election, Biden has offered a message of national healing and reconciliation after Trump's tumultuous term while the Republic president still refuses to concede and falsely claims the election was stolen.

Public health officials have urged Americans to stay at home for Thursday's holiday and avoid large gatherings that could spread the pathogen. More than 260,000 Americans have died from Covid-19, with the daily toll on Tuesday surpassing 2000 for the first time since May, as infections and hospitalisations surge nationally.

Millions of Americans have flocked to airports and highways, leading to the busiest US travel period since the early days of the pandemic in March, though well below pre-pandemic holiday levels.

Biden next week plans to name his choices for key positions in his administration, including his economic team, communications director Kate Bedingfield said. They are expected to include former Federal Reserve Chair Janet Yellen as US treasury secretary.

Trump's administration on Monday gave the green light to formal transition efforts even as he continues to challenge the election results by making unsubstantiated claims of voting fraud. Biden was expected to receive his first presidential daily intelligence briefing on Monday, Bedingfield said.

Biden transition adviser Jen Psaki said classified information was being shared with Biden's senior team. Bedingfield added that Biden's team has been encouraged by the "professional and welcoming response" of civil servants, and downplayed the impact of the Trump administration's delay in beginning the transition process.

China's foreign ministry, though not Xi himself, congratulated Biden on Nov. 13. In his congratulatory message to Biden on Wednesday, Xi said healthy ties between the world's two biggest economies were not only in the fundamental interests of their two peoples but also expected by the international community, the official Xinhua news agency reported.

During the election campaign, Biden vowed a tough line on China's expanding influence worldwide and called Xi a "thug" for his human rights practices. A Biden transition official said, "We appreciate the congratulations from all world leaders who have conveyed them, including President Xi."

Trump has waged a failed legal battle to overturn the election results. Trump on Wednesday cancelled a trip to accompany his personal attorney, Rudy Giuliani, to a meeting of Republican state legislators in Gettysburg, where Giuliani repeated his unsubstantiated claims of voting fraud.

But Trump spoke to the participants by speaker phone, repeating his debunked claims that the election had been stolen, drawing cheers from the partisan crowd.

"This election was lost by the Democrats. They cheated. It was a fraudulent election," Trump said, without offering evidence.

In addition to beating Trump by 306-232 in the Electoral College -- a margin that Trump called "a landslide" when it was his in 2016 -- Biden won more than 80 million ballots in the popular vote, more than 6.1 million votes over Trump.

State and federal officials have repeatedly said there is no evidence of any large-scale fraud.

Gettysburg is best known as the site of a pivotal 1863 battle in the US Civil War and the famed Gettysburg Address in which President Abraham Lincoln vowed that "government of the people, by the people, for the people, shall not perish from the earth."