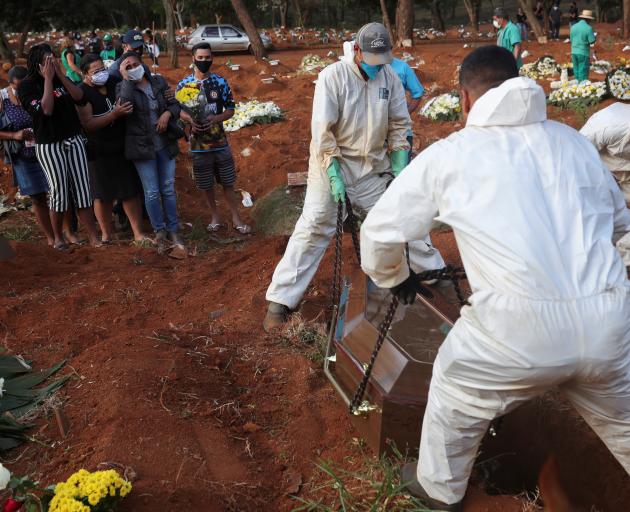 Relatives react during the burial of Geraldo Magalhaes, who died from the coronavirus disease. Photo: Reuters
Brazil became the world No. 2 hotspot for coronavirus cases on Friday, second only to the United States, after it confirmed that 330,890 people had been infected by the virus, overtaking Russia, the Health Ministry said.

Brazil registered 1001 daily coronavirus deaths on Friday, taking total deaths to 21,048, according to the Health Ministry.

In Sao Paulo, the worst hit city, aerial video showed rows of open plots at the Formosa Cemetery as it rushed to keep up with demand.

Far-right President Jair Bolsonaro has been widely criticised for his handling of the outbreak and is at the centre too of a deepening political crisis.

The former army captain has seen his poll ratings drop, hurt by his opposition to social distancing measures, support of the unproven remedy chloroquine, and tussles with experienced public health officials. 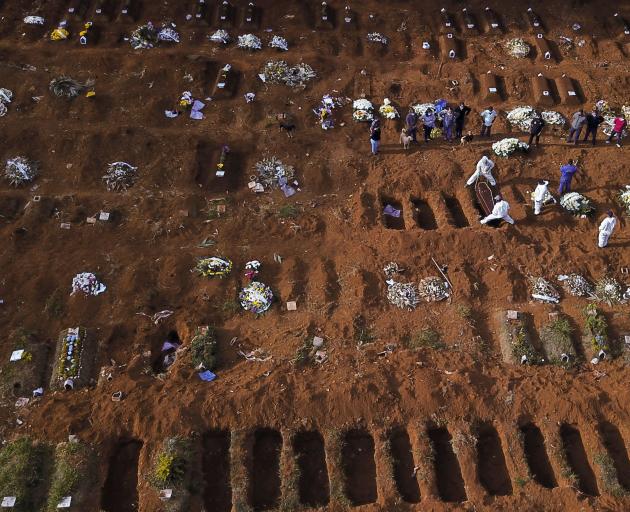 Gravediggers wearing protective suits bury a coffin during the outbreak of the coronavirus disease. Photo: Reuters

The true number of cases and deaths is likely higher than the figures suggest, as Latin America's top economy has been slow to ramp up testing.

The outbreak is accelerating. On Monday, Brazil overtook Britain to become the country with the third highest number of infections. It surpassed Russia on Friday, but is unlikely to pass the United States soon. The world's No 1 economy has more than 1.5 million cases.

Since the outbreak began, Bolsonaro has lost two health ministers, after pressuring them to promote the early use of anti-malarial drugs like chloroquine and hydroxychloroquine. Several high-profile public health experts have also left. Many have been replaced by soldiers.

On Wednesday, Interim Health Minister Eduardo Pazuello, an active-duty army general, authorised new guidelines for the wider use of chloroquine and hydroxychloroquine in mild cases. 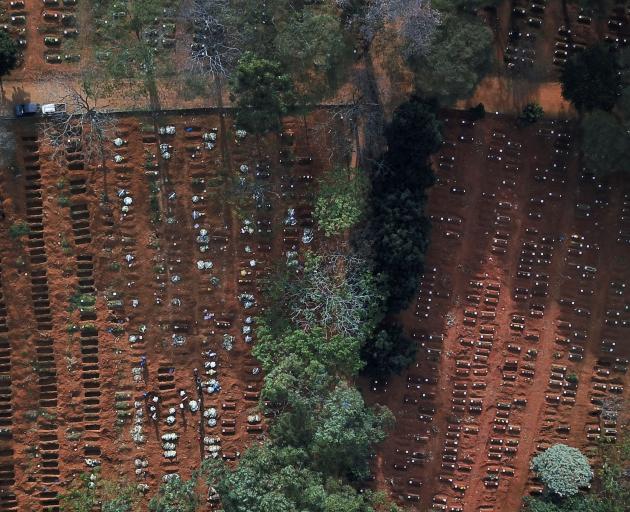