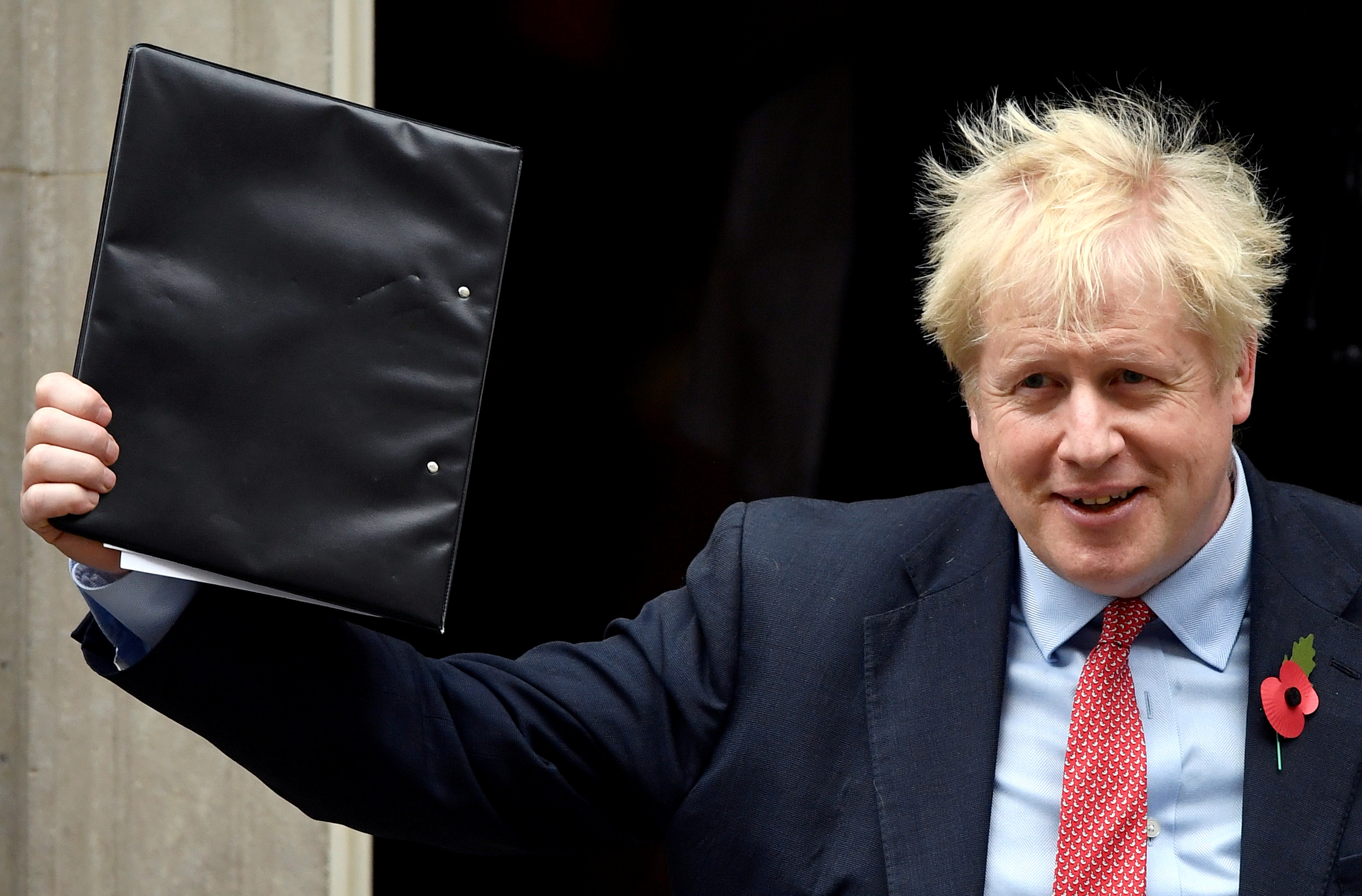 In a rare parliamentary success for Boris Johnson, his bill calling for a December 12 election was approved 438 to 20 in the House of Commons. Photo: Reuters
Britain will hold its first December election in almost a century after Prime Minister Boris Johnson won approval from parliament for an early ballot aimed at breaking the Brexit deadlock.

As the European Union granted a third delay to the divorce that was originally supposed to take place on March 29, the United Kingdom, its parliament and its electorate remain divided on how, or indeed whether, to go ahead with Brexit.

Britain is heading toward December elections after Prime Minister Boris Johnson’s bet on breaking the #Brexit deadlock with an early vote gained support from the opposition parties https://t.co/D03Y3WC8hf pic.twitter.com/pYnz4tfbDd

Lawmakers in the House of Commons voted 438-20 in favour on Tuesday night (local time) of holding a national election on December 12. The law will now be passed to parliament’s upper house for consideration.

Johnson, who had promised to deliver Brexit on October 31 "do or die", demanded a December 12 election after parliament - where he has no majority - frustrated his attempts to ratify the last-minute divorce deal he struck with the EU earlier this month.

In a rare parliamentary success for Johnson after a string of defeats, his short bill calling for a December 12 election was approved 438 to 20 in the House of Commons. The bill now goes to the House of Lords.

Before the vote, Johnson had said parliament was obstructing Brexit and thus damaging the economy by preventing investment decisions, and corroding faith in democracy.

"There is only one way to get Brexit done in the face of this unrelenting parliamentary obstructionism - this endless wilful fingers-crossed 'not me Guv' refusal to deliver on the mandate of the people - and that is, Mr Speaker, to refresh this parliament and give the people a choice," he said.

The first Christmas election in Britain since 1923 would be highly unpredictable: Brexit has variously fatigued and enraged swathes of voters while eroding traditional loyalties to the two major parties, Conservative and Labour.

Some politicians feel an election so close to Christmas could irritate voters, while campaigning and getting the vote out could be hampered by cold winter weather and darkness setting in by mid-afternoon.

Ultimately, voters would have a choice between an emboldened Johnson pushing for his Brexit deal or a socialist government under Labour leader Jeremy Corbyn renegotiating the deal before another referendum.

The election result will be announced in the early hours of Friday the 13th. If no party wins conclusively, the Brexit deadlock would continue.

After four years of arguing over Brexit, almost all British politicians now agree an election is needed to break the cycle of inaction that has shocked allies of a country once considered a bastion of stable Western capitalism and democracy.

An election, though, could decide the fate of Brexit as well as the main players - Johnson (55), and his 70-year-old rival Corbyn.

When Johnson's predecessor, Theresa May, bet on an early election in 2017, she lost her slender majority - a failure that ultimately prevented her from ratifying her Brexit deal in parliament and sank her political career.

Johnson's Conservatives are ahead of Labour by an average of about 10 percentage points in polls this month, though pollsters underestimated the support for Brexit in 2016 and admit that the models they use are wilting beside the Brexit furnace.

Both major parties will have to fight on at least three fronts: against each other while the hard-line Brexit Party led by Nigel Farage seeks to poach Brexit voters and the Liberal Democrats seeks to win over opponents of Brexit.

"This will probably be the most unpredictable election I have ever known," Anand Menon, director of The UK in a Changing Europe, told Reuters.

"Is it Brexit or is it not? We don't know. Second, the election is as volatile as ever and, thirdly, the potential for tactical voting - and tactical voting to go wrong - is very high given the Leave-Remain split," he said. 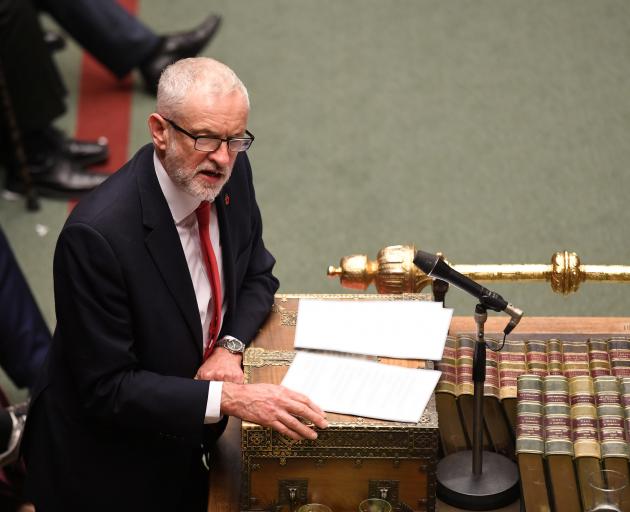 Labour swung behind an election earlier on Tuesday.

"I'm ready for it," Corbyn told parliament. He frames Labour as a socialist alternative to the inequality and close relations with United States President Donald Trump that he says characterise Johnson's premiership. "Change is coming."

As Johnson moved closer to an election than he has ever been in his tumultuous three-month premiership, the EU granted a Brexit delay to January 31 but warned it might be the last.

"The EU27 has formally adopted the extension. It may be the last one. Please make the best use of this time," outgoing European Union Chairman Donald Tusk said on Twitter.

Among voters, there was some relief that the Brexit debate might be ending soon.

"We've just got to bring this to some sort of resolution," commuter Matt Finch (36) said outside London's Charing Cross rail station on Tuesday. "We've had many votes in the last 12 months in parliament and I think a general election might be a way to sort it all out."

Meanwhile, Johnson has readmitted 10 of the 21 Conservative lawmakers he expelled from his parliamentary party last month, a spokesman for the governing party said.

The spokesman said Johnson met the 10 in his office in Britain's House of Commons. Among their number was former business minister Greg Clark and Nicholas Soames, grandson of British wartime leader Winston Churchill.

Some of them have already said they will stand down at the next election.