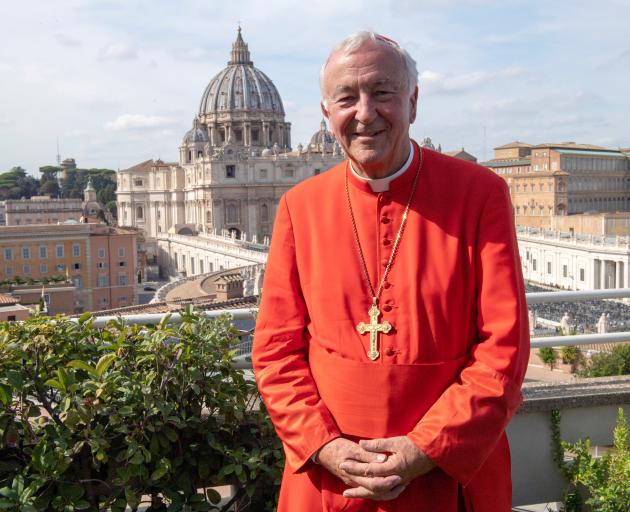 The report criticised the most senior Catholic leader in England and Wales, Cardinal Vincent Nichols, for failing to acknowledge any personal responsibility or show compassion for victims in recent cases. Photo: Reuters
The Roman Catholic Church in Britain betrayed its moral purpose over decades by protecting those who sexually abused children rather than caring for their victims, an independent inquiry says.

In a report on Tuesday, it said the Church had consistently prioritised its own reputation, moving abusive priests and monks to different parishes where some continued to prey on children, and resisting any external intervention.

"Victims described the profound and lifelong effects of abuse, including depression, anxiety, self-harming and trust issues," the report said.

The Catholic Church received more than 900 complaints involving over 3000 instances of child sex abuse in England and Wales between 1970 and 2015, and there have been more than 100 reported allegations a year since 2016. The report said those figures likely under-estimated the scale of the problem.

Lawyer David Enright, representing 20 victims who gave evidence to the inquiry, said the findings showed the Church was incapable of making itself a safe place for children despite repeated inquiries and damning reports.

"The Church has had many, many chances to reform and root out child abuse. It has failed," he said.

The report criticised the most senior Catholic leader in England and Wales, Cardinal Vincent Nichols, for failing to acknowledge any personal responsibility or show compassion for victims in recent cases.

Shortly after the publication of the report, Nichols said he was ashamed.

"I want to say to every single person who has suffered childhood abuse in the context of the Catholic Church, I am sorry, we will work at this, we will get it better, and to do so we need your help," he said in an interview on Sky News TV.

But victims and their representatives called for Nichols to resign.

"He has lost all moral authority and must go," said one victim, a former seminarian identified only as Frank, who gave evidence to the inquiry.

The report also criticised the Vatican and the Apostolic Nuncio, its ambassador to the UK, for failing to provide a witness statement to the inquiry despite repeated requests.

"The responses of the Holy See appear at odds with the Pope's promise to take action on this hugely important problem," said Alexis Jay, the inquiry chair.

Asked about that, Nichols said only that the Holy See was a sovereign state and he had to accept its decision.

The long-lasting Independent Inquiry on Child Sexual Abuse, which is examining the problem across British institutions and society, published similar findings about the Church of England on October 6.

Its report on the Catholic Church comes on the same day that the Vatican has published a report into disgraced ex-US Cardinal Theodore McCarrick, a sex abuser, which pointed to failings by popes, Vatican officials and senior American clerics.