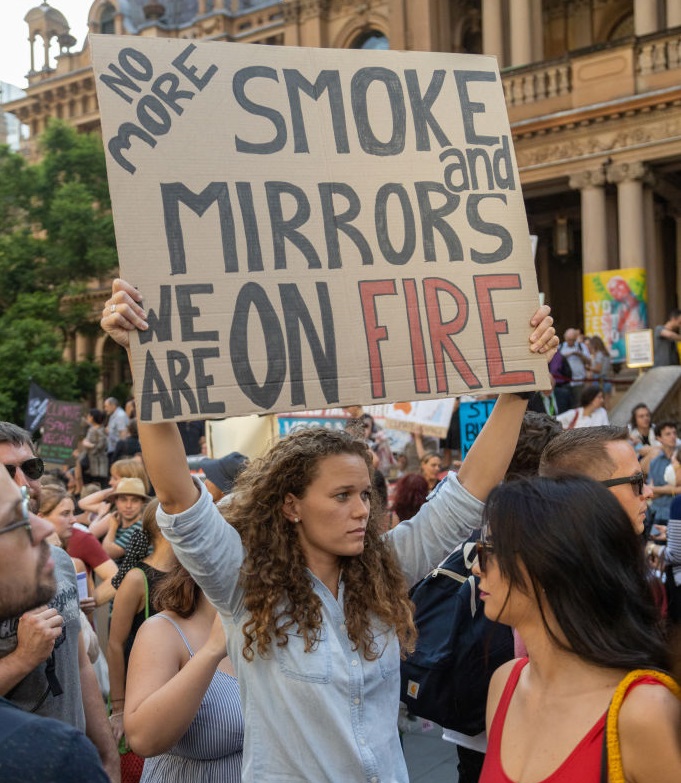 Thousands of climate change protesters surrounded Sydney's Town Hall on Friday. Photo: Getty Images
Protests have been held in Australia and globally against the federal government's inaction on climate change, as bushfires continued to rage after months of destruction and at least 27 deaths.

Anger has spread worldwide, including London, where scores of people gathered in the Strand to denounce Australian Prime Minister Scott Morrison, branded by one placard as a "fossil fool".

Scenes and a chant at the front of the bushfire/climate protest in Sydney. You can also spot young Izzy Raj-Seppings (of the Kirribilli House protest) assisting the charge at the front. Bloody proud. #ClimateAction #SackScoMo pic.twitter.com/5cKuHFAkok

The bushfire crisis has added pressure on Morrison's conservative government to do more to combat climate change after Australia weakened its commitment to the United Nations Paris climate accord last year.

Friday's demonstrations came as authorities urged nearly a quarter of a million people to flee their homes and prepared military backup as soaring temperatures and erratic winds fanned bushfires across the east coast.

Major roads in Sydney were blocked as protesters chanted "ScoMo has got to go", referring to Morrison, while placard read 'Save us from hell'.

There were similar protests in Canberra, the capital, and Melbourne, where air quality turned so noxious this month that the two cities featured among places with the most polluted air on earth. 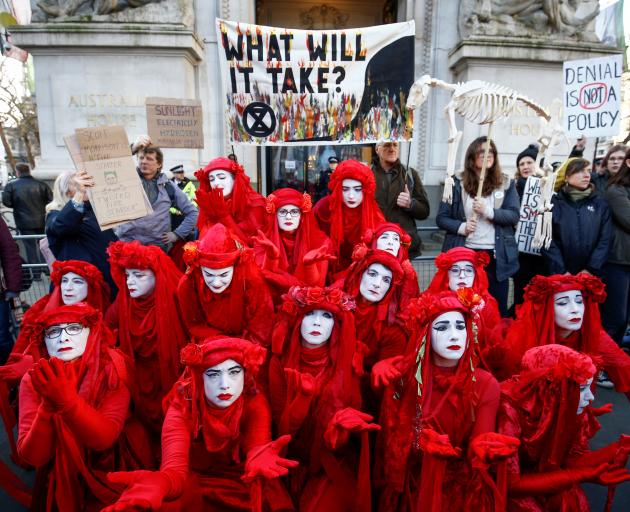 In Santiago, Chile, people lay down on the road outside the Australian embassy.

"I'm here because the Australian government is doing absolutely nothing to combat climate change. In fact they're largely denying it and they need to be put under a lot of pressure..." 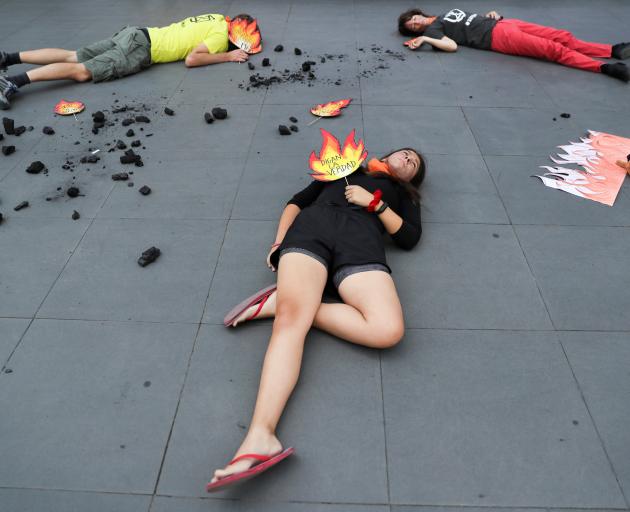 In Chile, protesters lay on the footpath during a demonstration outside the Australian embassy in Santiago. The placard reads:"Tell the truth. Photo: Reuters
Morrison has repeatedly rejected criticism that his government is not doing enough. On Friday, he told Sydney radio 2GB that it was disappointing that people were conflating the bushfire crisis with Australia's emission reduction targets.

The chief executive of German engineering giant Siemens said it will decide by Monday on its involvement in the development of a controversial Australian coal mine. Joe Kaeser was speaking after meeting climate activist Luisa Neubauer. 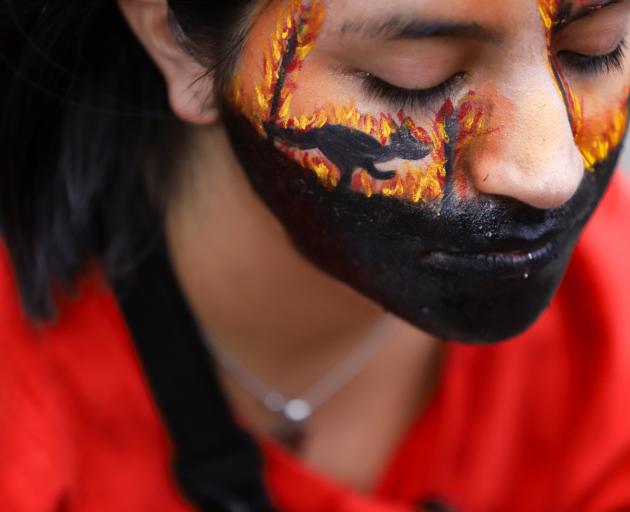 "Common sense tells you that there are other times to make your point," he told a televised briefing.

"I respect people's right to have a view, I tend to agree with a lot of the points that are being made - climate change is real - but there is a time and a place for everything and I just don't think a protest tonight was the appropriate thing." 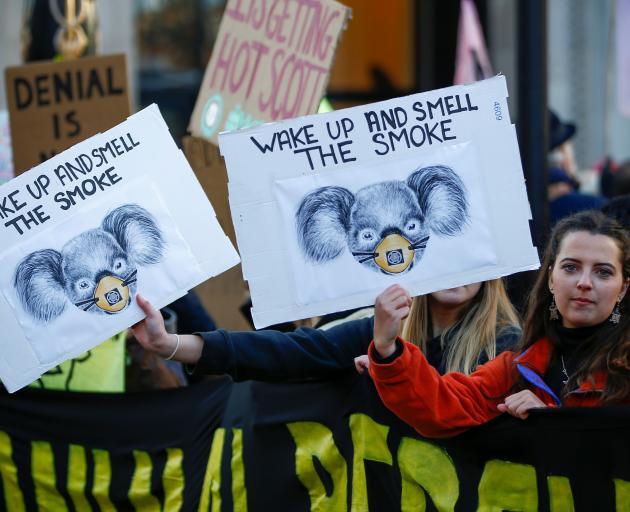 Protesters in London on Friday. Photo: Reuters
Climate scientists have warned the frequency and intensity of the fires will surge as Australia becomes hotter and drier.

Australia has warmed by about 1 degree Celsius since records began in 1910, NASA climate scientist Kate Marvel said this week.

"This makes heat waves and fires more likely," she said on Twitter. "There is no explanation for this - none - that makes sense, besides emissions of heat-trapping gases."