The Marshall Islands on Friday indefinitely banned all overseas travel by government employees and elected leaders in an effort to reduce opportunities for the importation of the new coronavirus. Pictured: Passengers boarding a United Airlines flight in Majuro. Photo: Giff Johnson

The Marshall Islands has issued an indefinite ban on all international travel by government employees and elected leaders to reduce risk of importing the coronavirus now affecting over 34,000 people in 28 countries and territories.

Health authorities in the western Pacific nation say their medical facilities would be quickly overwhelmed with even a handful of coronavirus patients.

The new declaration requires all government workers - including those in state owned enterprises - and elected leaders to "suspend international trips effective immediately until further notice."

Only patients being referred to overseas hospitals for medical treatment are exempt from the travel ban.

The emergency declaration frees up $500,000 of unspent outer islands development funding to support the building of a special isolation ward at Majuro hospital and other needs related to coronavirus prevention.

The President's declaration also reaffirms a ban, implemented on 31 January, on anyone attempting to travel from China, Hong Kong or Macau to the Marshall Islands.

Health Secretary Jack Niedenthal said Majuro hospital has only three ventilators, underlining the lack of medical equipment needed to deal with the coronavirus, which can cause severe respiratory problems.

He said the Marshall Islands population of 55,000 is particularly vulnerable to disease outbreaks because a large percentage of adults suffer from diabetes and other chronic illnesses that compromise their immune systems. "This is why we are worried about the new coronavirus," Mr Niedenthal said.

In tandem with the new emergency declaration, the President said a resolution will be introduced to parliament when it reconvenes on 17 February to support the proclamation for up to one year, unless cancelled by Cabinet.

The proclamation does not ban travel by people outside of government but urges local residents to postpone international travel.

Those continuing with international travel "could be restricted from re-entering RMI (Republic of the Marshall Islands) if a state or country visited or transited through are added to the restrict list on the Ministry of Health's travel advisory," the new proclamation warned.

A particular concern for health authorities is the large number of fishing vessels and supply ships that come to Majuro from Asia. The President's proclamation requires ports officials and ship agents to provide vessel itineraries two weeks ahead of arrival for review.

In addition, ocean container vessels bringing food and essential commodities to the Marshall Islands must "change their boarding ports from the People's Republic of China, Hong Kong and Macau or other restricted countries" (that may later be added to the travel advisory). 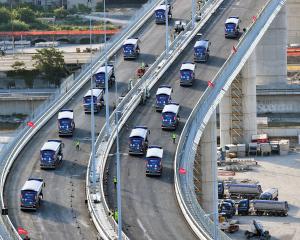 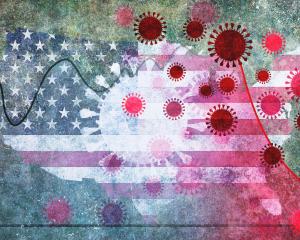