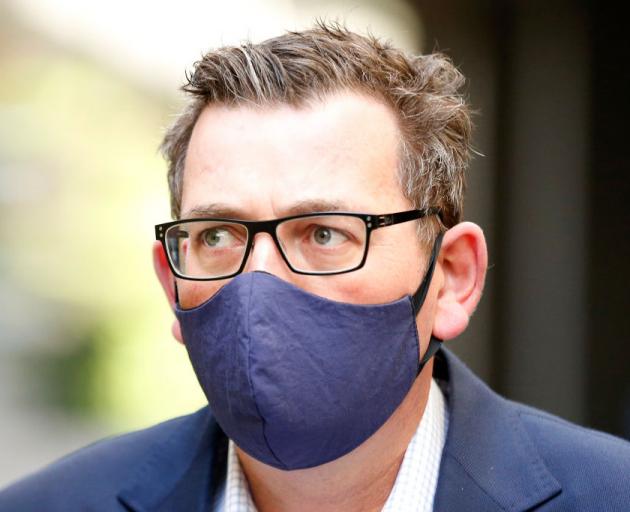 Victorian premier Daniel Andrews has declared a "state of disaster" featuring tough new restrictions after another surge in infections and seven more deaths, insisting the time for leniency "is over".

The country's second most populous state recorded a further 671 cases on Sunday, while the deaths took its toll to 123 and the nation's to 208.

A curfew from 8pm to 5am every day was implemented from Sunday evening in Melbourne, barring people in the city from leaving their houses except for work or to receive or give care.

The sweeping new restrictions limit the time Melbourne residents may spend on outdoor exercise and essential shopping. All schools will move to remote learning from Wednesday.

Supermarkets will remain open, and restaurants, already closed for dining in, will be able to continue with their takeaway and delivery services.

Regional Victoria will go to stage three restrictions from Thursday, which will see restaurants, cafes, bars and gyms close, while schools will return to remote learning across the state.

"These are big steps but they are necessary," Mr Andrews, who will announce business restrictions on Monday, told reporters.

A special meeting of the nation's medical officers informed Prime Minister Scott Morrison and senior members of government that it backed Victoria's decisions.

"We recognise the further measures announced by the premier are regrettably necessary," Mr Hunt, who is also a Victorian, told media.

"We support them with a heavy heart but we do so because they will help save and protect lives in Victoria."

He said the government would provide $A7.3 million ($NZ7.7 million) in additional support for mental health.

The calling of a "state of disaster" will give additional powers to the police to enforce restrictions.

The neighbouring state of New South Wales has updated its mask usage advice after recording 12 new infections on Sunday, recommending they be worn in four specific circumstances.

Meanwhile, South Australia premier Steven Marshall said he would quickly impose stricter rules to separate his state from the growing threat of its eastern counterparts if required.

"We're very concerned about the unfolding situation in Victoria and we're very supportive of further restrictions being put in place in that state," he said.

Australia has fared far better than many other countries in keeping the coronavirus from spreading, but at a high economic cost.

It has recorded around 18,000 coronavirus cases and just over 200 Covid-19 deaths, but the recent surge in Victoria has proven difficult to contain.