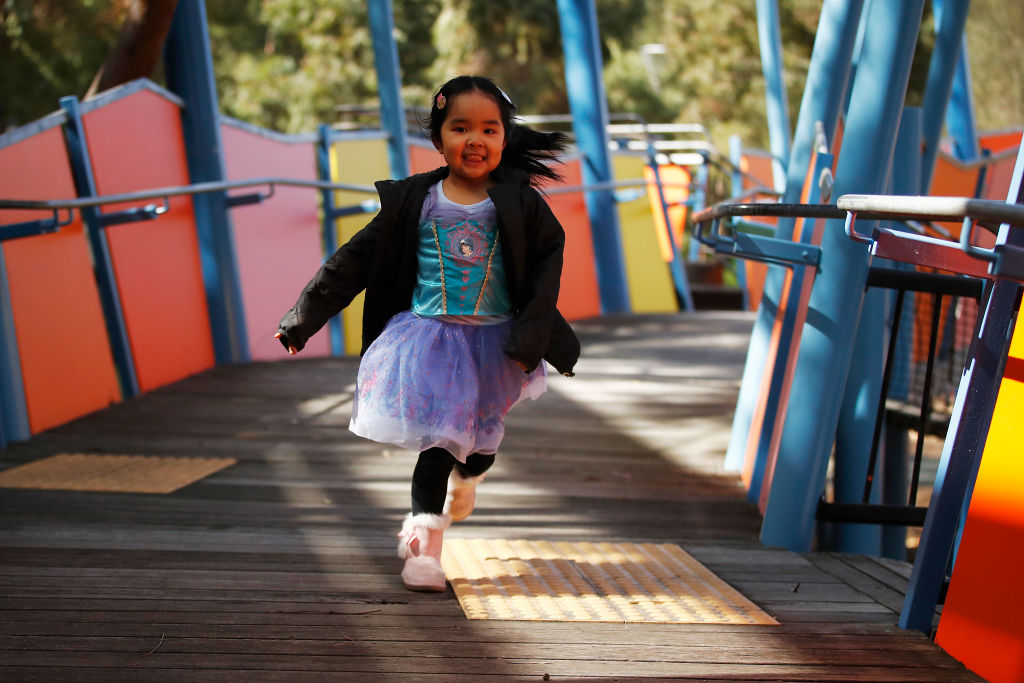 Covid-19 restrictions have been eased in some parts of Victoria. Photo: Getty
Regional Victorians are awaking to their first few hours under eased Covid-19 rules, with locked-down Melburnians looking on with hope and envy.

Victoria Police have increased cordons - a "ring of steel" - on Melbourne's outskirts to crack down on regional travel, with rules wound back overnight.

Under the regional travel crackdown, Victorian adults who leave a restricted area without a lawful excuse will be handed a $4957 fine.

The new offence comes into effect from Thursday and is designed to deter Melburnians from entering regional Victoria.

It will be complemented by beefed-up roadblocks, creating lengthy traffic delays as vehicles pass through.

The next step for regional Victoria means pubs, cafes and restaurants will be able to serve people outside with strict density quotas, while outdoor gathering limits will be upped to 10.

Regional Victorians will also be able to leave their homes without restriction and all shops can reopen.

They will still be able to travel via Melbourne to reach other parts of the state but can only stop for three reasons including food, care and permitted work and study.

Caravan parks and camping grounds in regional areas are also able to re-open from Thursday, but with group booking restrictions.

It comes as Premier Daniel Andrews indicated some lockdown measures in Melbourne were unlikely to end early despite the city reaching a key roadmap milestone.

That average must be between 30 to 50 for some Melbourne restrictions to be eased as planned on September 28.

Mr Andrews noted factors behind each case had to be considered when weighing up whether to ease restrictions.

A further eight deaths reported on Wednesday took the state toll to 737 and the national figure to 824.

Meanwhile, elective surgeries will ramp up to 75 percent capacity in regional Victoria from Wednesday.

Melbourne-based elective surgeries are likely to increase to 75 percent from September 28.