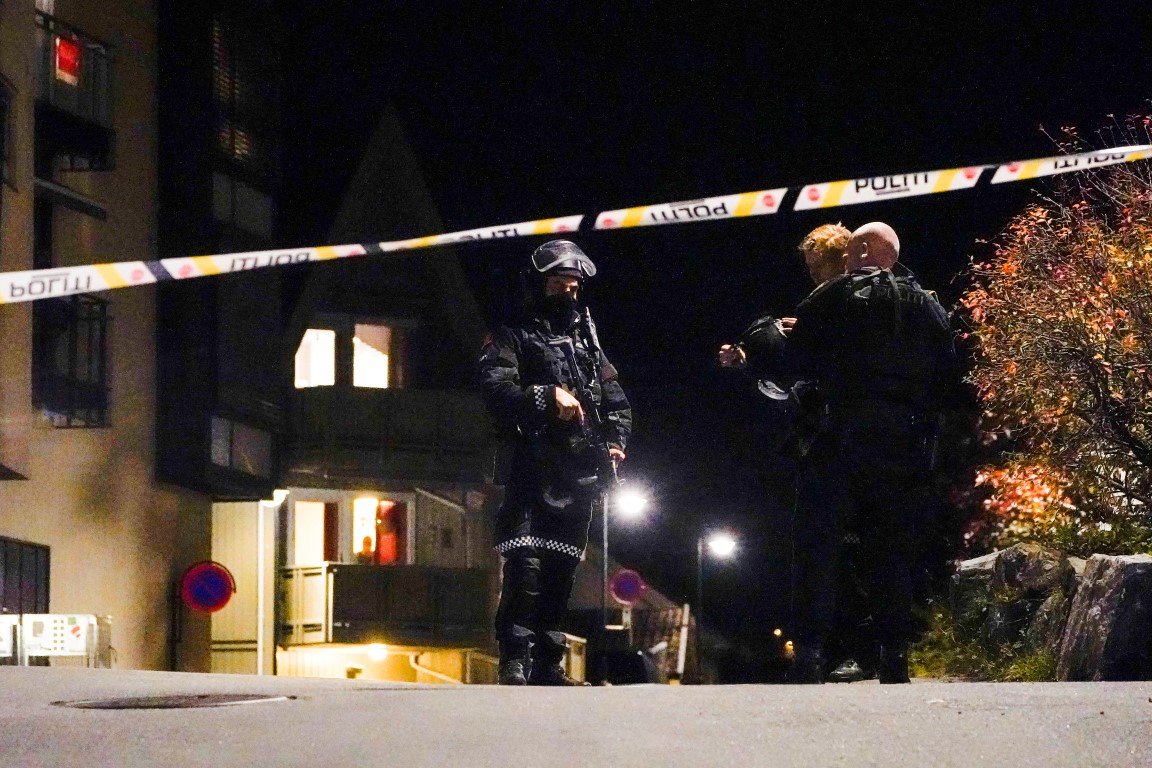 Police at the scene after the attacks in Kongsberg. Photo: Hakon Mosvold/NTB/via REUTERS
A Danish citizen is suspected of killing five people with a bow-and-arrow and other weapons in the Norwegian town of Kongsberg in a rare incident of mass killing in the Scandinavian country.

Two people, including an off-duty police officer, were wounded in the attacks on Wednesday night (local time), which took place in different locations in the town, 68km southwest of the capital, Oslo.

The 37-year-old man, who was held in custody, had cooperated with police and implicated himself in the attacks, although he has not yet entered a plea.

"He is admitting to the facts of the case," police attorney Ann Iren Svane Mathiassen told news agency NTB.

"We'll have to see if he also pleads guilty," she later told private broadcaster TV2.

The man was believed to have been acting alone, police said. They said nothing about a possible motive.

"This very serious situation is of course making a deep impression on Kongsberg and those who live here," district police chief Oeyvind Aas said in a statement.

"We're horrified by the tragic events at Kongsberg," King Harald said in a letter addressed to the town's mayor.

"The rest of the nation stands with you," the 84-year-old monarch wrote.

Images from one of the crime scenes showed an arrow that appeared to be stuck in the wall of a wood-panelled building. 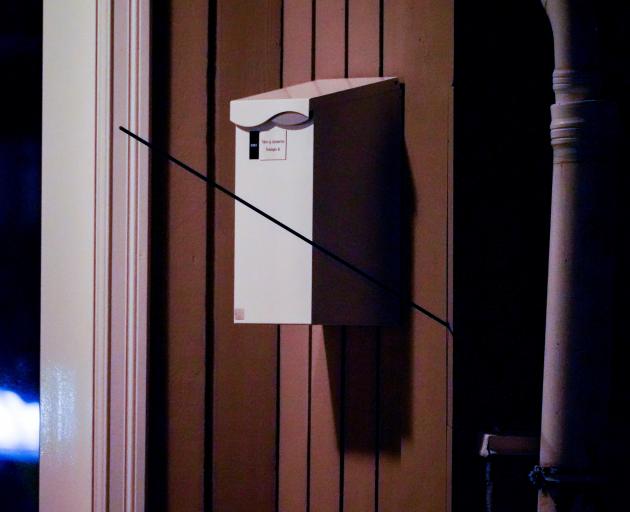 An arrow left in a wall in Kongsberg. Photo; Hakon Mosvold Larsen/NTB/via Reuters
The death toll was the worst of any attack in Norway since 2011, when far-right extremist Anders Behring Breivik killed 77 people, most of them teenagers at a youth camp on the  island of Utoya.

United Nations Secretary General Antonio Guterres said he was shocked and saddened by the news.

"My thoughts are with the victims' loved ones and all the people of Norway at this very difficult moment," he tweeted.

Police said they were giving information on the man's nationality after rumours swirled on social media about people not linked to the attacks.

Norway's incoming Prime Minister Jonas Gahr Stoere, who is due to take power on Thursday after winning a general election last month, said he had been kept informed by the outgoing government.

"What we've learned from Kongsberg bears witness of a gruesome and brutal act," Stoere said in a statement to news agency NTB.

The attacks went on for more than 30 minutes over a "large area" of Kongsberg, including at a Coop Extra grocery store, the Aftenposten newspaper cited police as saying.

A woman living near the store said she had heard alarms as she was walking home.

"I saw a group of police officers, including one who held several arrows in his hand," the woman, Marit Hoefle, told the paper.

Investigators are considering whether the attacks amounted to an act of terrorism and said they would give more details of the incident later on Thursday.

Police were interrogating the suspect and he was cooperating, his defence lawyer said.

"He is cooperating and is giving detailed statements regarding this event," lawyer Fredrik Neumann told public broadcaster NRK.

About 28,000 people live in the Kongsberg municipality.

Following the attacks, the police directorate said it had ordered officers nationwide to carry firearms.

Norwegian police are normally unarmed but officers have access to guns when needed.