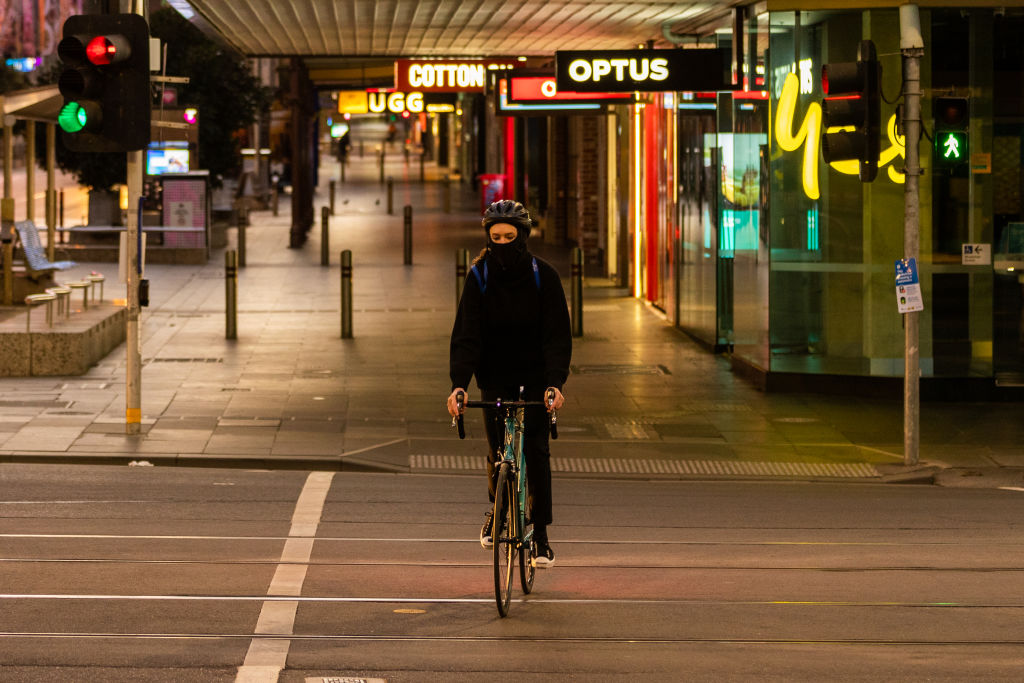 Premier Daniel Andrews on Thursday confirmed two men in their 60s, three men and two women in the 80s and one woman in her 90s succumbed to the virus, bringing the state's toll from the virus to 170 and the national toll to 255.

Of the new deaths, four were linked to age care.

It comes after Victoria recorded its deadliest day on Wednesday, with 15 fatalities, including that of a man in his 30s, and a record 725 new cases.

From Thursday, people in metropolitan Melbourne allowed to work on-site are required to show a permit or official work ID if they are by stopped by police to prove they are allowed to leave their homes.

Under the stage four rules, businesses caught issuing permits to workers who do not meet the requirements face fines of up to $99,123, while individuals can be fined up to $19,826.

But a permitted list worker list was only posted to the Victorian Department of Health website about 11pm on Wednesday, an hour before the measures came into effect.

Retailers across the city will largely be closed to customers and construction and manufacturing is also being scaled back to help slow the virus spread.

Regional Victoria has entered stage three restrictions, with residents only able to leave their homes for four reasons: to shop for food and essential items, to provide or receive care, exercise, and work and study if they can't from home.

Meanwhile, Prime Minister Scott Morrison says tighter coronavirus restrictions in Victoria will lead to as many as 400,000 people losing their job or seeing their hours reduced to zero and a 10 percent national jobless rate by year's end.

Mr Morrison said the revised Treasury forecast was for a reduction in real gross domestic product in the September quarter of up to $12 billion.

"This is a heavy blow - a heavy blow," Mr Morrison told reporters in Canberra on Thursday.