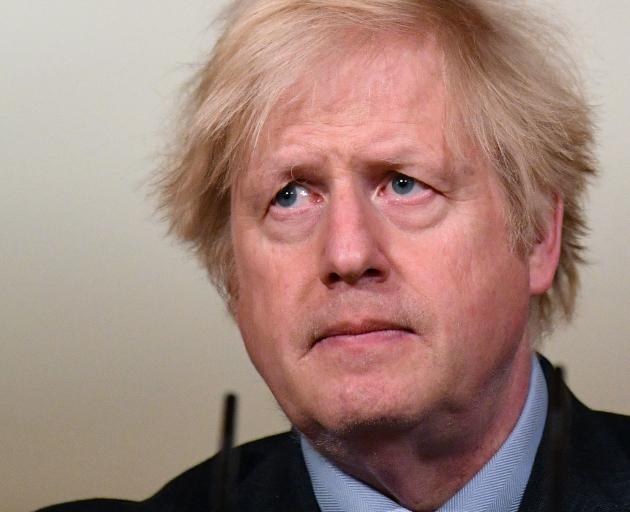 Boris Johnson said it was a "disappointing result", suggesting there were "particular circumstances" in the area and "it was a bit bizarre" to suggest his party were on the back foot. Photo: Reuters
British Prime Minister Boris Johnson has suffered an embarrassing defeat in a election on the outskirts of London, when his governing Conservative Party lost a previously safe parliamentary seat to the Liberal Democrats.

The Conservatives had comfortably held the leafy, affluent Chesham and Amersham constituency in southern England since its creation in 1974, capturing more than 50% of the vote on every occasion.

Since a divisive referendum in 2016, Brexit has helped reshape Britain's political landscape, with people switching party loyalties in a way not seen for generations. Support for the Conservatives has surged in northern England.

On Wednesday, Sarah Green, the candidate for the Liberal Democrats - a centrist, pro-European Union party - won a majority of 8,028 votes over the Conservative candidate. The main opposition Labour Party came fourth, with 1.6% of the vote, its worst showing in decades.

Johnson said it was a "disappointing result", suggesting there were "particular circumstances" in the area and "it was a bit bizarre" to suggest his party were on the back foot.

"We are a great one-nation party and we will continue with our mission to unite and level up because that is the best way to deliver jobs, prosperity across the whole country," he told reporters.

But Lib Dem leader Ed Davey said it was a sign of things to come, with his party ousting the Conservatives from traditional strongholds in England's affluent south.

"Across the south, the Tory Blue Wall is beginning to crumble," he said in a statement. "Here and in great swathes of the country, only the Liberal Democrats can beat the Conservatives and breach their Blue Wall."

The result may cause some nervousness in the Conservative Party, which has targeted traditional Labour-supporting voters in northern England but, according to some of its lawmakers, has increasingly ignored its strongholds in the south.

Johnson's parliamentary seat is just 16km away, in West London.

While governing parties often lose out at so-called by-elections, the Lib Dems focused their campaign on local issues, such as the new High Speed 2 rail link between London and northern England which cuts through the area.

The Conservatives have also been criticised about changes to planning laws, which some fear could mean more building of homes over green fields, something Johnson said was a misunderstanding as the government wanted construction on brownfield sites.

"What we want is sensible plans to allow development on brownfield sites ... but I do think young people growing up in this country should have the chance of home ownership."