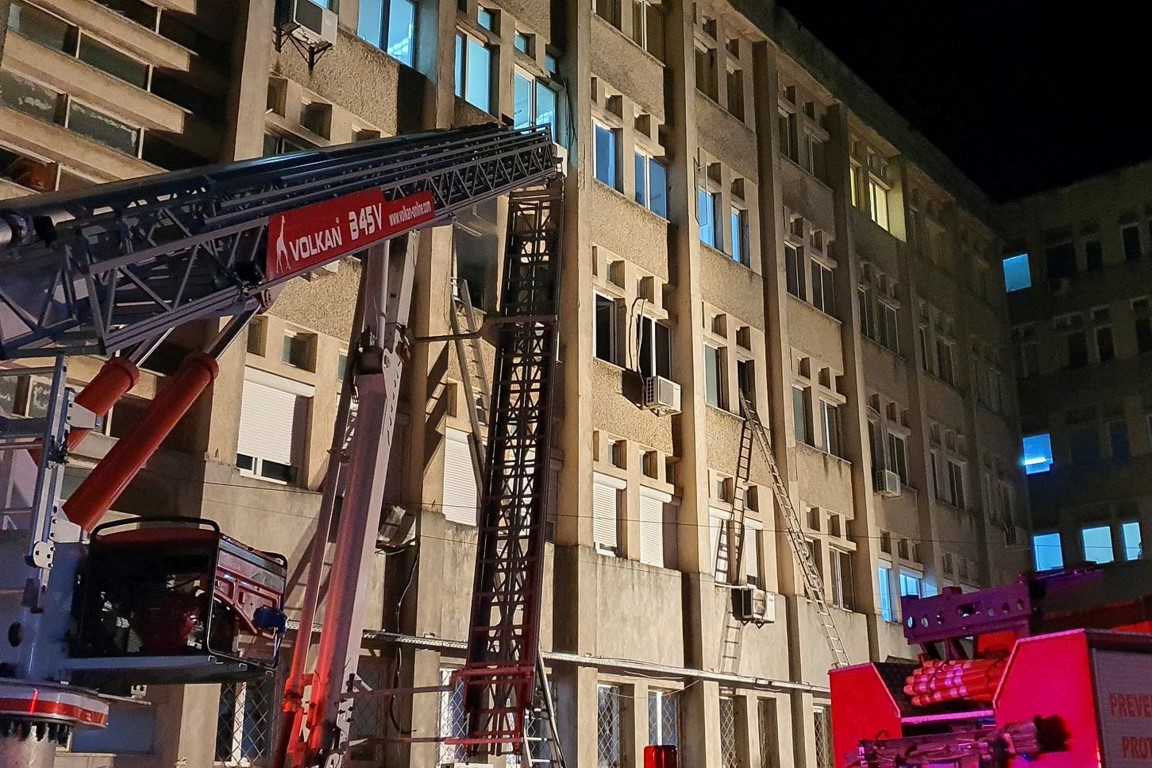 Firefighter ladders on the walls of the hospital where the fire broke out. Photo: Inquam Photos/ZiarPiatraNeamt.ro via REUTERS
Ten people have died in a fire at a Romanian hospital treating coronavirus patients, the country's agency for emergency situations (ISU) says.

The blaze broke out in the intensive care unit of the Piatra Neamt county hospital and spread to an adjoining room. It was unclear what triggered it, officials said.

Seven other people were injured and in a critical condition, including the doctor on call, they said.

Prosecutors said they would investigate the cause of the fire.

Health Minister Nelu Tataru told reporters six surviving patients would be transferred to a Covid-19 hospital in the eastern Romanian city of Iasi.

The injured doctor, who had severe burns on 40% of his body, would be transferred to a hospital in the capital Bucharest, Tataru said.

"In future legislation, all public hospitals will be coordinated by the health ministry," Tataru said without elaborating. Local hospitals are currently run by county councils, making overall supervision of the health system difficult.

Tataru said the Piatra Neamt hospital would continue to run an intensive care unit on a separate floor.

The fire was the country's deadliest since 2015, when a night club in the capital Bucharest burned down and 65 people died.

That blaze triggered mass protests across Romania at the country's culture of graft and lack of accountability.

Romania, which has one of the European Union's least developed healthcare infrastructures, has reported 353,185 coronavirus cases and 8,813 deaths.

Just under 13,000 people with Covid-19 were in hospital across Romania on Saturday, including 1,172 in intensive care units.