'I was too fat': Johnson urges Britons to get fit 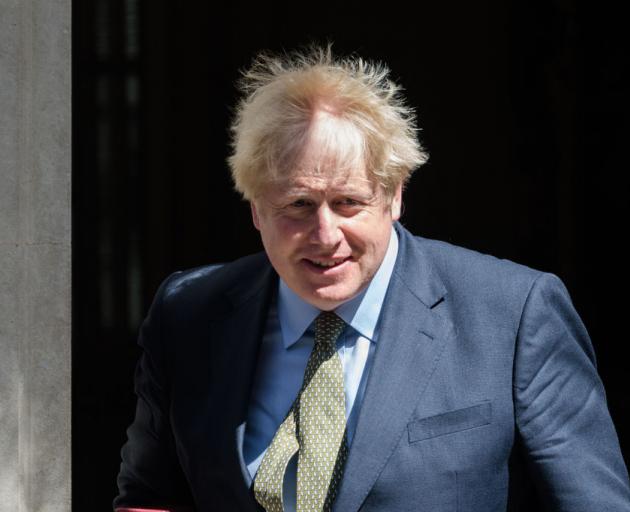 Boris Johnson says he hoped the new health campaign was not "excessively bossy" but rather a gentle nudge for Britain to get fitter. Photo: Getty Images
Prime Minister Boris Johnson has used his struggle with his own weight to urge the British people to get fitter and tackle widespread obesity that could heighten coronavirus risks.

New government measures to help people shed weight include banning TV and online adverts for junk food before 9pm ending "buy one get one free" deals on such foods, and flagging calories on menus of large restaurants plus possibly on alcohol.

Johnson (56)  who has lost more than 6kg (1 stone) since a life-threatening brush with Covid-19, was responding to research showing that those who are obese or overweight are at increased risk of death or severe illness from the disease.

Losing weight is hard but with some small changes we can all feel fitter and healthier.

If we all do our bit, we can reduce our health risks and protect ourselves against coronavirus – as well as taking pressure off the NHS.

The prime minister has a reputation as a bon viveur, who in the past has spoken of enjoying an expensive bottle of red wine and late-night binges on chorizo and cheese.

He has also championed cycling to work and introduced so-called "Boris bikes" in London for public use when mayor of the capital.

"I've always wanted to lose weight for ages and ages and like many people I struggle with my weight, I go up and down. But since I recovered from coronavirus I have been steadily building up my fitness," he said in a Twitter video on Monday.

"When I went into ICU (intensive care) when I was really ill, I was way overweight ... and, you know, I was too fat," he added, describing his new regime as a gentle run in the morning which gives him more energy during the day.

Johnson, who has often mocked state "nannying", said he hoped the new health campaign was not "excessively bossy" but rather a gentle nudge for Britain to get fitter.

His spokesman said the prime minister was "mindful" of the possible impact on struggling broadcasters and online businesses from the ad ban, but that "obesity is one of the biggest health crises that the country faces".

With more than 60% of adults in Britain considered overweight or obese, according to Public Health England, a "Better Health" campaign will be introduced with weight management services expanded in the National Health Service.

The opposition Labour Party said it had heard "big promises" from the ruling Conservatives before and criticised them for past health service cuts.

"The Tories (Conservatives) have pared public health to the bone and people are paying the price for ten years of this complacency.