Journalist freed in Myanmar says not beaten or starved 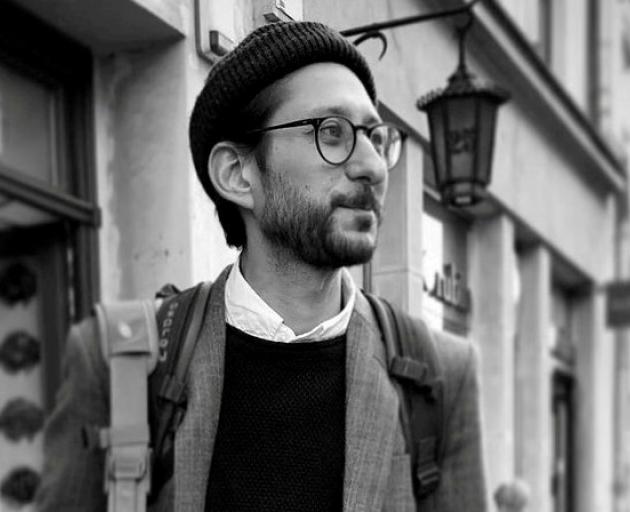 Danny Fenster was among dozens of media workers detained in Myanmar since a February 1 coup that led to an outpouring of public anger over the military's abrupt end to a decade of tentative steps towards democracy. Photo: Handout via Reuters
Journalist Danny Fenster says he's healthy and happy to be going home after being freed from prison in Myanmar, following negotiations between former US diplomat Bill Richardson and the ruling military junta.

Fenster, the managing editor of independent online magazine Frontier Myanmar, looked frail three days after he was sentenced to 11 years in prison for incitement and violations of laws on immigration and unlawful assembly. He had been detained since May this year.

The 37-year-old American flew to Qatar on Monday where he told reporters on the tarmac at Hamad International Airport in Doha that he felt well and had not been beaten or starved while in captivity. 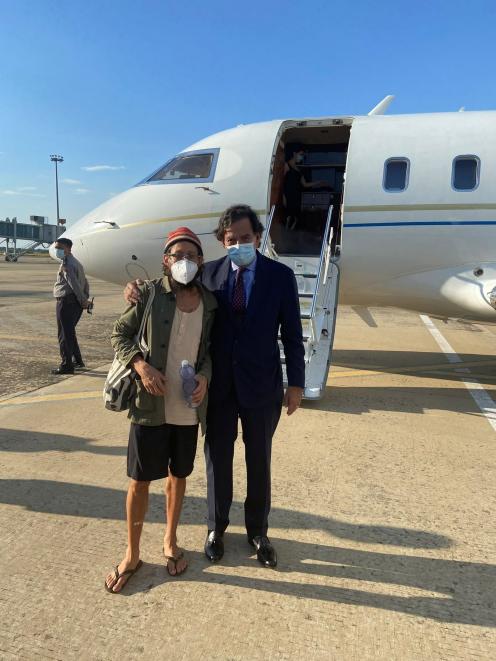 New Mexico Governor Bill Richardson (right) was instrumental in helping to get Danny Fenster freed from a Myanmar jail. Photo: RICHARDSON CENTER via Reuters
"I feel great and am really happy to be on my way home. I'm incredibly happy for everything Bill has done," Fenster, wearing a red woollen hat, loose-fitting trousers and a white Covid-19 mask, said after travelling to Doha with Richardson by jet.

"You just go a little stir crazy and the longer it drags on the more worried you are that it's just never going to end. That was the biggest concern, staying sane through that."

Asked if he was mistreated, he said: "I was arrested and held in captivity for no reason, so I suppose so. But physically, I was healthy. I wasn't starved or beaten."

Myanmar's military-owned Myawaddy TV said Fenster had been granted an amnesty following requests from Richardson and two Japanese representatives "to maintain the friendship between the countries and to emphasize humanitarian grounds".

Fenster was among dozens of media workers detained in Myanmar since a February 1 coup that led to an outpouring of public anger over the military's abrupt end to a decade of tentative steps towards democracy. Myanmar's military has accused many media outlets of incitement and spreading false information.

A source familiar with Richardson's trip to pick up Fenster said it was arranged without the knowledge of the State Department or the US embassy in Yangon. Officials had initially opposed Richardson's visit to Myanmar earlier this month and urged him not to raise the case with Myanmar officials, the source said.

Before his release, some State Department officials were concerned that Richardson's involvement could delay his release by leading the junta to see the American as an asset to try to extract concessions.

US State Department spokesperson Ned Price said on Monday that the former governor "was not acting at the direction of the US government" in Myanmar but officials had been in regular contact with Richardson and his team.

US officials including Special Presidential Envoy for Hostage Affairs Roger Carstens also worked on getting the journalist released, Price said.

The United Nations hailed Fenster's release as a "positive step" but called for at least 47 other journalists in detention to be freed immediately, spokesman Farhan Haq said in New York.

Fenster said efforts to secure other journalists' release would continue.

"We're going to keep the focus on them as much as possible and do everything we can to lobby on their behalf. We're still trying really hard to get them out of there."

According to rights group Assistance Association for Political Prisoners, 10,143 people have been arrested since the coup and 1260 people killed in violence in Myanmar, most of them in a crackdown by security forces on protests and dissent.

US Secretary of State Antony Blinken commended American officials as well as Richardson. Blinken said Washington would "continue to call for the release of others who remain unjustly imprisoned."

Fenster's editor-in-chief, Thomas Kean, expressed relief that he had been freed, and said he was one of many journalists "unjustly arrested simply for doing their job" in Myanmar.

"We cannot wait to hold him in our arms. We are tremendously grateful to all the people who have helped secure his release," he said.

Fenster was the first Western journalist in years sentenced to prison in Myanmar, where the coup against the elected government of Nobel Peace laureate Aung San Suu Kyi has left the country in chaos.

Richardson, a former New Mexico governor, US energy secretary and US ambassador to the UN, visited Myanmar in a humanitarian capacity on November 2, offering Covid-19 assistance.

He is one of only a few foreigners to have met junta leader Min Aung Hlaing in Myanmar since the coup, and said his discussions with the government on humanitarian matters and vaccines had helped secure Fenster's release.