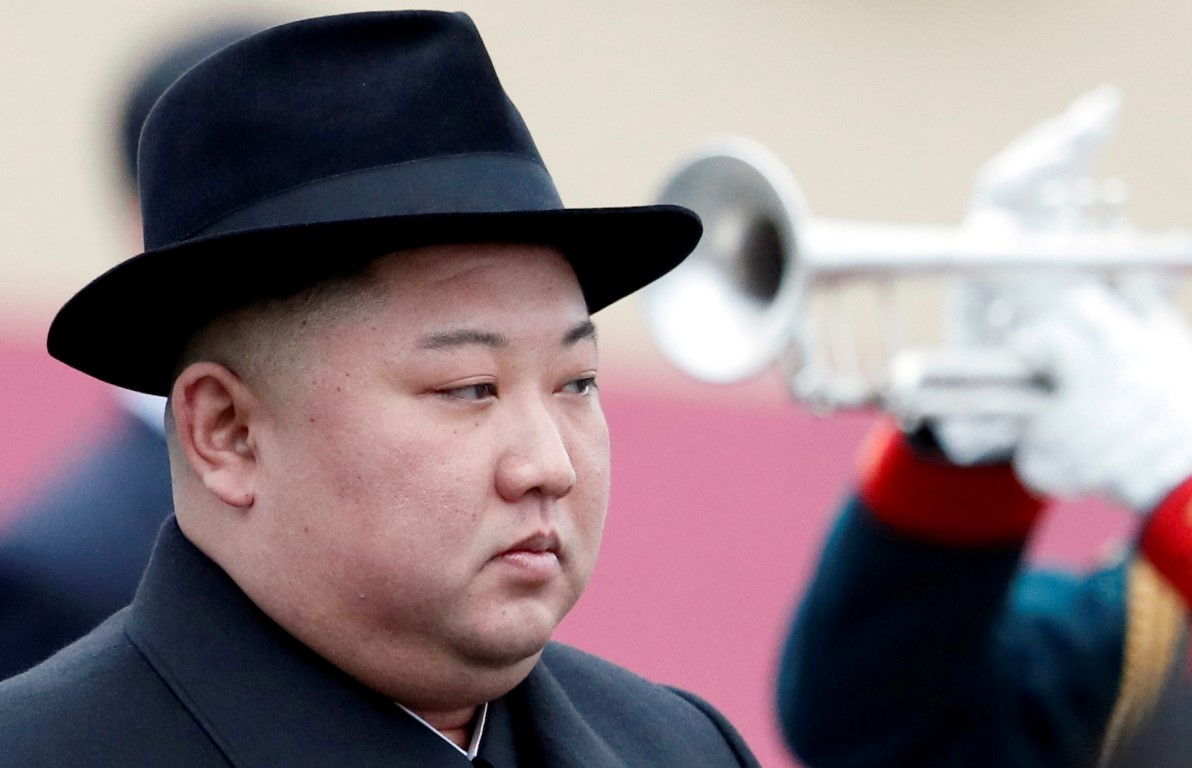 "Kim Jong Un is too smart and has far too much to lose, everything actually, if he acts in a hostile way. He signed a strong Denuclearization Agreement with me in Singapore," Trump said on Twitter, referring to his first summit with Kim in Singapore in 2018.

"He does not want to void his special relationship with the President of the United States or interfere with the US Presidential Election in November," he said.

North Korea's state media KCNA reported earlier on Sunday (local time) that it had carried out a "very important" test at its Sohae satellite launch site, a rocket-testing ground that US officials once said North Korea had promised to close.

The reported test comes ahead of a year-end deadline North Korea has imposed for the United States to drop its insistence on unilateral denuclearization. Pyongyang has warned it could take a "new path" amid the stalled talks with the United States.

"North Korea, under the leadership of Kim Jong Un, has tremendous economic potential, but it must denuclearize as promised," Trump said on Twitter.

Kim Jong Un is too smart and has far too much to lose, everything actually, if he acts in a hostile way. He signed a strong Denuclearization Agreement with me in Singapore. He does not want to void his special relationship with the President of the United States or interfere.... https://t.co/THfOjfB2uE

The KCNA report called it a "successful test of great significance" but did not specify what was tested.

Missile experts said it appeared likely the North Koreans had conducted a static test of a rocket engine, rather than a missile launch.

"If it is indeed a static engine test for a new solid or liquid fuel missile, it is yet another loud signal that the door for diplomacy is quickly slamming, if it isn’t already," said Vipin Narang, a nuclear affairs expert at the Massachusetts Institute of Technology in the United States.

"This could be a very credible signal of what might await the world after the New Year."

Tensions have risen ahead of a year-end deadline set by North Korea, which has called on the United States to change its policy of insisting on Pyongyang's unilateral denuclearization and demanded relief from punishing sanctions.

On Saturday North Korea's ambassador to the United Nations said denuclearization was now off the negotiating table with the United States and lengthy talks with Washington are not needed.

"The results of the recent important test will have an important effect on changing the strategic position of the DPRK once again in the near future," KCNA reported, using the initials of North Korea's official name, the Democratic People's Republic of Korea.

Asked in a CBS "Face the Nation" interview if North Korea might be preparing to resume nuclear tests, US National Security Adviser Robert O'Brien said that "would be a mistake on the part of North Korea."

Pyongyang's last nuclear test, its sixth and most powerful, took place in September 2017.

"It doesn't end well for them if they do.. If North Korea takes a different path than the one it's promised... we've got plenty of tools in the toolkit," O'Brien said on Sunday.

Recent days have also seen a return to the highly charged rhetoric that raised fears of war two years ago.

In 2017, Trump and Kim famously engaged in a war of words, with Trump calling Kim "Rocket Man" and North Korea calling Trump, now 73, a "dotard."

On Tuesday, Trump once again called Kim "Rocket Man" and said the United States reserved the right to use military force against North Korea. Pyongyang, in response, said any repeat of such language would represent "the relapse of the dotage of a dotard."

The test is the latest in a string of statements and actions from North Korea designed to underscore the seriousness of its year-end deadline.

North Korea has announced it would convene a rare gathering of top ruling-party officials later this month, and on Wednesday state media showed photos of Kim taking a second symbolic horse ride on the country's sacred Mt. Paektu.

Such meetings and propaganda blitzes often come ahead of major announcements from North Korean authorities.

While North Korea has not specified what its "new path" could be, observers have suggested the launch of a space satellite is a possibility, allowing Pyongyang to demonstrate and test its rocket capabilities without resorting to overt military provocation such as an intercontinental ballistic missile (ICBM) launch.

Kim Dong-yub, a former South Korean Navy officer who teaches at Kyungnam University in Seoul, said North Korea may have tested a solid fuel rocket engine, which could allow North Korea to field ICBMs that are easier to hide and faster to deploy.

"North Korea has already entered the ‘new path’ that they talked about," he said.

Trump told reporters in June 2018 after his first summit with Kim that North Korea had pledged to dismantle one of its missile installations, which US officials later identified as Sohae.

Shortly after that summit, analysts said satellite imagery showed some key facilities at Sohae being dismantled.

However, in the wake of the second summit between Trump and Kim earlier this year, which ended with no agreement, new imagery indicated the North Koreans were rebuilding the site.

"Remember this is at the site that was supposedly dismantled as a 'denuclearization step,'" Narang said. "So this is a first step at 'renuclearizing.' Reversible steps are being...reversed."