Maxwell found guilty of setting up girls for sex abuse

Ghislaine Maxwell has been found guilty by a US jury of helping disgraced late financier Jeffrey Epstein sexually abuse teenage girls, sealing a remarkable fall from grace for the British socialite.

Maxwell (60) was accused of recruiting and grooming four teenagers for Epstein between 1994 and 2004. Her former boyfriend and employer Epstein (66) killed himself in 2019 in a Manhattan jail cell while awaiting trial on sex abuse charges of his own.

She was convicted on five of six counts. After the verdict was read, Maxwell pulled down her face mask and poured herself a glass of water.

She faces up to 65 years in prison for the five charges she was convicted of and separately still faces two perjury charges.

Along with the trials of movie producer Harvey Weinstein and singer R. Kelly, Maxwell's case is among the highest-profile trials to take place in the wake of the #MeToo movement, which encouraged women to speak out about sexual abuse by famous and powerful people.

During the trial's closing arguments in federal court in Manhattan a prosecutor said Maxwell was Epstein's "partner in crime."

"Ghislaine Maxwell made her own choices. She committed crimes hand in hand with Jeffrey Epstein. She was a grown woman who knew exactly what she was doing," Assistant US Attorney Alison Moe said. 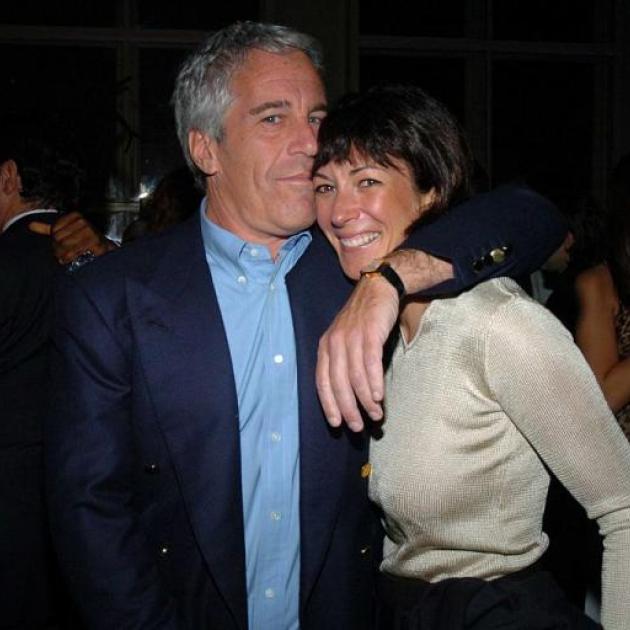 Jeffrey Epstein and Ghislaine Maxwell. Photo: Getty Images
Damian Williams, the US attorney for the Southern District of New York, applauded the verdict in a statement that said Maxwell was convicted of "one of the worst crimes imaginable."

"The road to justice has been far too long," his statement said. "But, today, justice has been done. I want to commend the bravery of the girls - now grown women - who stepped out of the shadows and into the courtroom."

Maxwell's attorneys had argued she was being used as a scapegoat for Epstein and sought to portray the accounts of her four accusers as not credible, saying their memories had been corrupted over the decades and that they were motivated by money.

"Epstein's death left a gaping hole in the pursuit of justice for many of these women," Maxwell's defence lawyer Bobbi Sternheim said. "She's filling that hole, and filling that empty chair."

Maxwell dated Epstein for several years in the 1990s, when the pair attended high society parties and travelled on luxurious private jets.

A few months after Epstein's death, Maxwell purchased a home for $US1 million  ($NZ1.46 million) in cash in Bradford, New Hampshire where she remained out of the limelight until her July 2020 arrest. An FBI official said Maxwell had "slithered away."

Maxwell, a daughter of British press baron Robert Maxwell, had been accustomed to opulence all her life.

Her father founded a publishing house and owned tabloids including the Daily Mirror. He was found dead off his yacht near the Canary Islands in 1991.

US District Judge Alison Nathan did not say when Maxwell would be sentenced. She said she appreciated the jury's work in the face of surging Covid-19 cases.

"Let me say my sincere thanks on behalf of the court and the parties and myself for your attention, time and service," the judge said. The jury deliberated for five full days before reaching the verdict.

During the trial, jurors heard emotional and graphic testimony from four women, two of whom said they were 14 when Epstein began abusing them. Three of the women said Maxwell herself had inappropriately touched them.

Prosecutors displayed for the jury a green massage table that was seized from Epstein's Palm Beach, Florida, estate in 2005. Three of the four accusers said they gave Epstein massages that escalated into sexual activity.

A woman known by the pseudonym Jane testified that she was 14 when Epstein first abused her in 1994.

Maxwell sometimes took part in her sexual encounters with Epstein and acted as if it was normal, Jane testified.

Britain's Prince Andrew,  a former friend of Epstein, is defending against a civil lawsuit in Manhattan claiming he sexually abused Virginia Giuffre, another of Epstein's accusers. The Duke of York has denied her claims.

Moe said during her closing argument that Maxwell's presence made young girls feel comfortable with Epstein. Otherwise, receiving an invitation to spend time with a middle-aged man would have seemed "creepy" and "set off alarm bells," Moe said.

"Epstein could not have done this alone," she said.

Moe reminded jurors of bank records they saw at trial showing that Epstein paid Maxwell millions of dollars over the years. She said Maxwell was motivated to do whatever it took to keep Epstein happy in order to maintain her luxurious lifestyle.

Defence attorney Laura Menninger countered during closing arguments that Maxwell was an innocent woman and that prosecutors had not proven beyond a reasonable doubt that Maxwell was aware of or involved in any crimes Epstein committed.

The jury also saw images depicting Maxwell's and Epstein's intimate relationship during the 1990s. The never-before-seen digital photographs showed Maxwell kissing Epstein on the cheek or rubbing his bare foot.

Maxwell's lawyers aggressively pushed back on the accusers' accounts during the trial, arguing that their stories had shifted over the years.

Under cross-examination by Menninger, Jane acknowledged that she did not initially tell the FBI everything about Maxwell's involvement because she was not comfortable sharing all the details.

"I was sitting in a room full of strangers and telling them the most shameful, deepest secrets that I'd been carrying around with me my whole life," she said.

Maxwell's defence said the women were motivated by money to implicate Maxwell since all four had received million-dollar awards from a compensation fund for Epstein's victims.

But the women disputed those characterizations, saying they decided to testify out of a desire for justice, not money.

"Money will not ever fix what that woman has done to me," testified one woman, known by her first name Carolyn.

WHEN WILL MAXWELL BE SENTENCED?

Maxwell faces up to 65 years in prison for the five charges she was convicted of. She was found guilty of sex trafficking, the most serious charge she faced with a maximum prison term of 40 years.

US District Judge Alison Nathan did not say when Maxwell would be sentenced.

Maxwell separately faces two perjury counts that will be tried at a later date.

Maxwell's attorney did not say yet if the defence planned to appeal the verdict.

While Nathan dealt several blows to the defence - ruling, for example, that their witnesses could not testify anonymously as some of Maxwell's accusers did - legal experts said Maxwell would struggle to clear the high legal bar needed to overturn a guilty verdict.

To succeed, her lawyers would have to show that Nathan violated federal rules of evidence or abused her discretion, and that the error impacted the verdict.

WHAT CHARGES DOES SHE STILL FACE?

The two perjury counts relate to allegations that Maxwell lied under oath about her role in Epstein's abuse during a deposition for a separate civil suit in 2016. Nathan in April granted Maxwell's request to sever the two charges from the rest of the counts.

The two perjury counts each carry a maximum prison sentence of five years.

WHERE WILL MAXWELL GO NOW?

Maxwell will return to Brooklyn's notorious Metropolitan Detention Center, where she has been held in isolation since July 2020. Maxwell has said she has been served mouldy food at the jail and that the smell of raw sewage has permeated her cell.