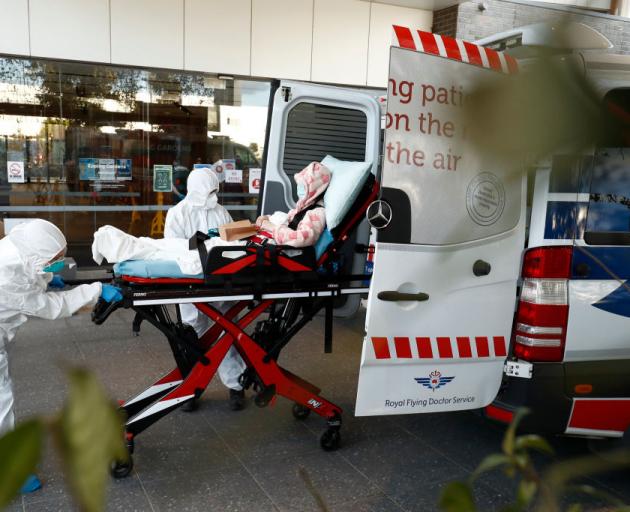 Another hotspot, in inner-city Sydney, has forced a senior adviser to Prime Minister Scott Morrison into self-isolation.

Victoria said on Wednesday the total daily coronavirus cases fell below 300 for the first time in more than a week.

However, the state reported nine deaths from the coronavirus over the last 24 hours on Wednesday, with seven casualties linked to aged care facilities, Premier Daniel Andrews told reporters in Melbourne.

The southeast state saw a flare-up in infections over the past several weeks. Victoria reported 295 Covid-19 cases in the last 24 hours, compared with 384 a day earlier.

Australia has so far reported relatively fewer coronavirus cases than many other countries, but a spike in community transmission in the neighbouring states of Victoria and New South Wales has alarmed health officials.

Aged care homes are at the centre of the Victoria outbreak. National Deputy Chief Medical Officer Nick Coatsworth said there were 679 active Covid-19 cases linked to the homes, including workers.

"The numbers of cases in some facilities is substantial and that is going to take some time to get on top of," Coatsworth told Australian Broadcasting Corp television.

Asked if Australia should expect to see similar rates of death from the virus in aged care facilities as those recorded overseas - some as high as one-in-five - he said it was critical to "get these outbreaks under control as quickly as possible."

Coatsworth said an Australian Medical Assistance Team (AUSMAT) was on its way to help deal with the crisis.

At one facility, several residents were transferred to hospital by helicopter on Tuesday and army medics were sent in to cover staff who are self-isolating.

In Sydney, officials are grappling with several virus clusters that have sprung up at pubs, restaurants and schools.

Morrison's office confirmed that a senior aide was among those told to self-isolate after an outbreak in the inner-city suburb of Potts Point.

Morrison, who cut short an interstate tour on Tuesday to deal with the crisis, was cleared to continue working as usual given the aide had no Covid-19 symptoms, his office added.

Two "reckless" teens who dodged quarantine after returning from Melbourne infected with coronavirus are being investigated by police for allegedly lying on their border declaration form.

The 19-year-old women, who flew back from Melbourne via Sydney on July 21 after travelling together, were active in the community for eight days before isolating.

Shopping centres, restaurants, a school, and a church will shut while authorities scramble to conduct contact tracing.

Scores of the women's contacts will be forced to isolate, and aged care facilities in the Metro South Health region will re-enter lock down as the state tries to avoid an outbreak.

"We need people to tell the truth. That's all I can say. This has been done to protect yourself as an individual, your family and the community," Queensland's Chief Health Officer Jeanette Young told reporters on Wednesday.

"I'm very, very disappointed. I think it was reckless. They've been out and about for eight days with symptoms."

The pair, from Acacia Ridge and Logan, are being treated in the Princess Alexandra Hospital.