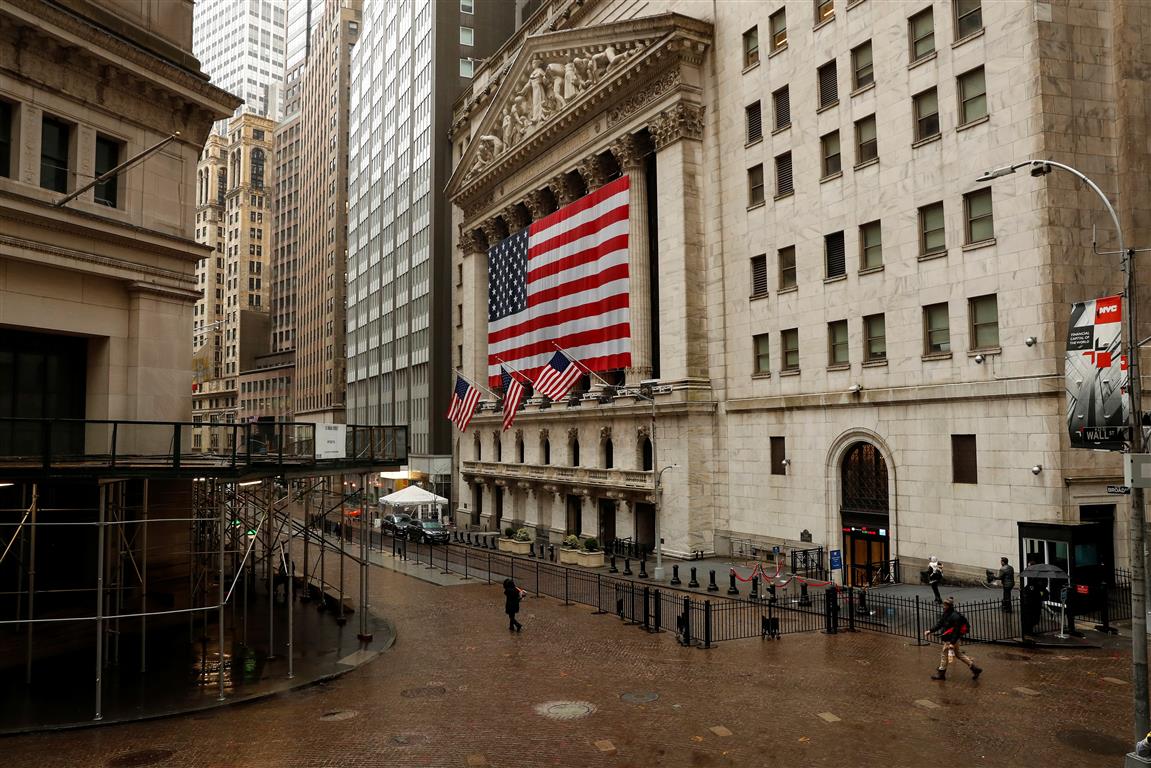 US flags fly outside the New York Stock Exchange. Photo: Reuters
Nearly one in three Americans was ordered to stay home on Sunday to slow the spread of the coronavirus pandemic as Ohio, Louisiana and Delaware became the latest states to enact broad restrictions.

The three states join New York, California, Illinois, Connecticut and New Jersey, home to 101 million Americans combined, as cases nationwide top 33,000 with more than 400 dead, according to a Reuters tally.

Ohio has 351 cases and three deaths while Louisiana has 837 cases and 20 deaths, several in a senior care facility. Louisiana has the third highest number of cases per capita and saw a 10-fold increase in cases in the past week, Governor John Bel Edwards said.

In Kentucky, non-essential businesses must close by 8 p.m. Monday but authorities stopped short of ordering residents to stay home.

Republican US Senator Rand Paul of Kentucky on Sunday became the first member of the Senate to announce he had tested positive for coronavirus. At least two members of the House of Representatives previously said they tested positive.

The mayor of New York City, the centre of the nation's coronavirus epidemic, on Sunday described the outbreak as the biggest domestic crisis since the Great Depression and called for the US military to mobilize to help keep the healthcare system from becoming overwhelmed.

"If we don't get more ventilators in the next 10 days people will die who don't have to die," said Mayor Bill de Blasio, as the nation's most populous city saw COVID-19 cases top 9,600 and deaths climbed to 63.

New York Governor Andrew Cuomo urged the federal government to take over acquisition of medical supplies so states do not have to compete with each other for desperately needed resources. He also repeated a request for the Army Corps of Engineers to build temporary hospitals. 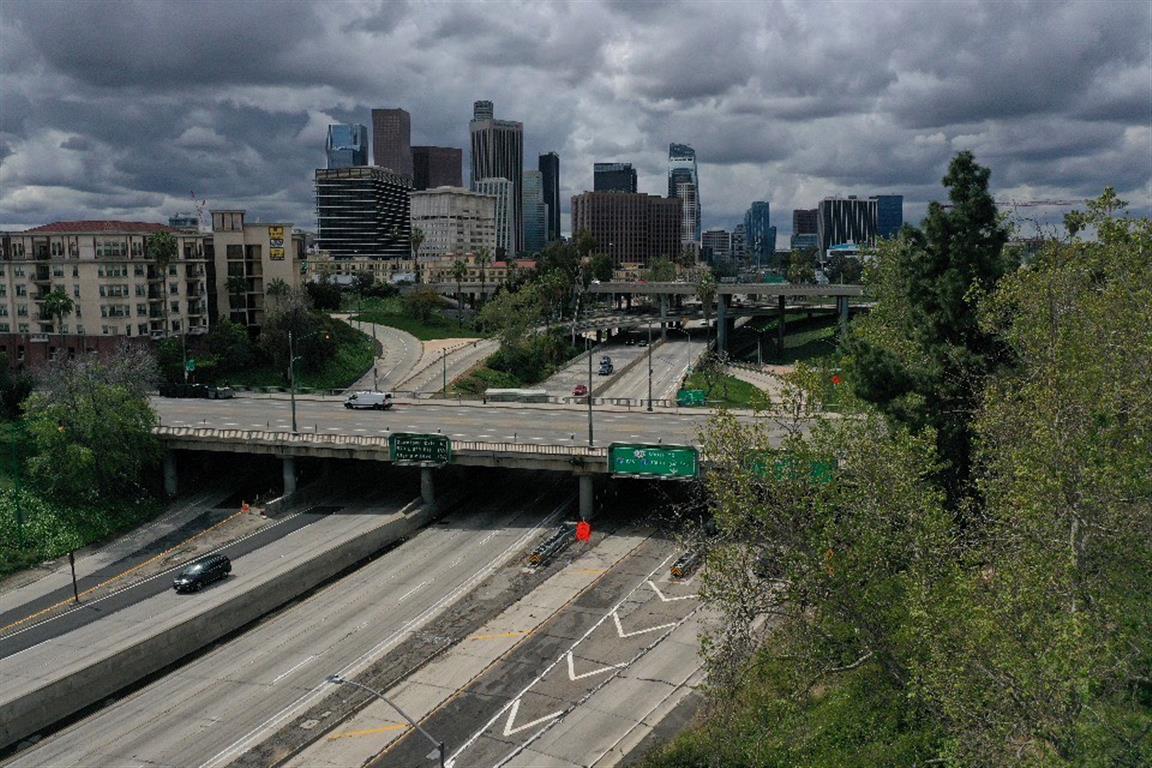 A view of the 110 freeway and downtown Los Angeles the day after California issued a stay-at-home order. Photo: Reuters
Cuomo gave New York City officials 24 hours to come up with a plan to deal with residents still congregating in parks and other places and not practicing social distancing. He noted 53% of the cases in New York are between the ages of 18 and 49 and 40% to 80% of state residents may contract coronavirus.

The number of cases of the highly contagious respiratory illness in the United States and Spain are exceeded only by China and Italy. Italy reported record numbers of daily coronavirus deaths last week.

"This is going to be the greatest crisis domestically since the Great Depression," de Blasio told CNN, referring to the economic crisis of the 1930s. "This is why we need a full-scale mobilization of the American military."

"That's not going to work. We need delivery dates tomorrow," Abbott said at a briefing. "We have ready money today for anybody who can sell us PPE. We'll cut you a check on the spot."

Around the globe, billions are adapting to a new reality, with countries such as Italy, Spain and France on lockdown and several South American nations taking similar measures to try to stay ahead of the contagion, as global cases exceeded 325,000 and deaths top 14,000.

The lockdown affecting large segments of the American public is likely to last 10 to 12 weeks, or until early June, U.S. Treasury Secretary Steven Mnuchin said on Sunday.

Lawmakers in Washington are nearing a deal that could pump a record $1 trillion into the economy to limit the economic damage from the coronavirus and will vote on the bill Monday.

Speaking on "Fox News Sunday," Mnuchin said the package would give an average U.S. family of four a one-time payment of $3,000.

De Blasio said New York City is not getting needed medical supplies from the federal government to contend with the rapid spread of the sometimes deadly illness.

Hospitals are scrambling for protective equipment for healthcare workers and for ventilators as they brace for a wave of patients who will need help breathing as severe cases often lead to pneumonia and decreased lung function.

Over the past week, U.S. President Donald Trump's administration has been pushing for aggressive steps to stem the economic hit, after Trump spent several weeks downplaying the virus' risks.

Anthony Fauci, director of the U.S. National Institute of Allergy and Infectious Diseases, on Sunday said the White House recognized the urgency of New York's situation.

"Not only is New York trying to get resources themselves, but we're going to be pouring it in from the federal government," he told CBS News. 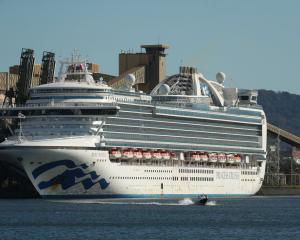