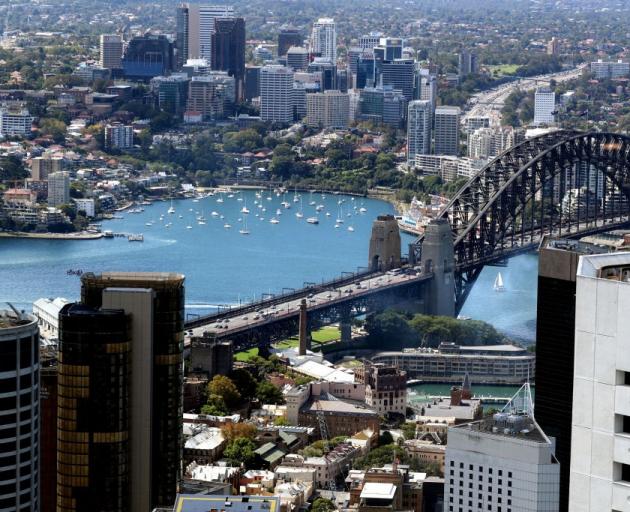 The majority of the new cases are in Sydney. Photo: Getty Images
New South Wales has recorded a dramatic rise in coronavirus cases, the number almost doubling the previous day's tally.

There are 625 people in hospital with the virus, 61 of them in intensive care, with 23 on ventilators.

Close to 8800 of Wednesday's cases are in Sydney, with Newcastle (775) and the Nepean Blue Mountains (388) health districts also seeing significant totals.

Two women, one in their 90s and another in their 70s who both became infected at the Warabrook Aged Care facility in Newcastle have died.

A man in his 80s from Sydney's inner west died at the Royal Prince Alfred Hospital.

All three were vaccinated but had underlying health conditions.

NSW Enterprise, Investment and Trade Minister Stuart Ayres says the state is transitioning to living with the virus and will need to "recognise daily case numbers are no longer a useful benchmark of success".

Writing in the Daily Telegraph on Wednesday, Mr Ayres says the strategy the NSW government has embarked on has been two years in the making, "not a let-it-rip strategy, nor a blind ideological commitment to freedom".

"With the emergence of less severe variants, we must have the courage to stay open and keep living," Mr Ayres says.

NSW Health says the state's testing capacity "is currently under enormous pressure" and the state has recently changed its contact tracing to focus on household contacts and settings with vulnerable people that may have come into contact with a case.

Confirmed cases are being encouraged to inform people they've spent time with recently.

NSW Health "will only contact a small number of exposed people to direct them into self-isolation under the public health order".

Thousands of people across NSW - including travellers required to have a negative PCR test before travelling to some states - have had to queued for hours to be swabbed.

Queensland will accept rapid antigen tests instead of PCR tests for travellers from interstate hotspots from January 1.

The NSW Premier Dominic Perrottet has been pleading with the Queensland government to change its border entry requirements and heralded the announcement as a "good move" on Wednesday morning.

"PCR tests should be reserved for close contacts and those feeling unwell - not healthy tourists looking forward to a well earned summer holiday," Mr Perrottet says.

Wait times for results have blown out, with the usual 24 hour turnaround extending to five days in some cases.

Clinics are under pressure and many have reduced operating hours over the festive period.