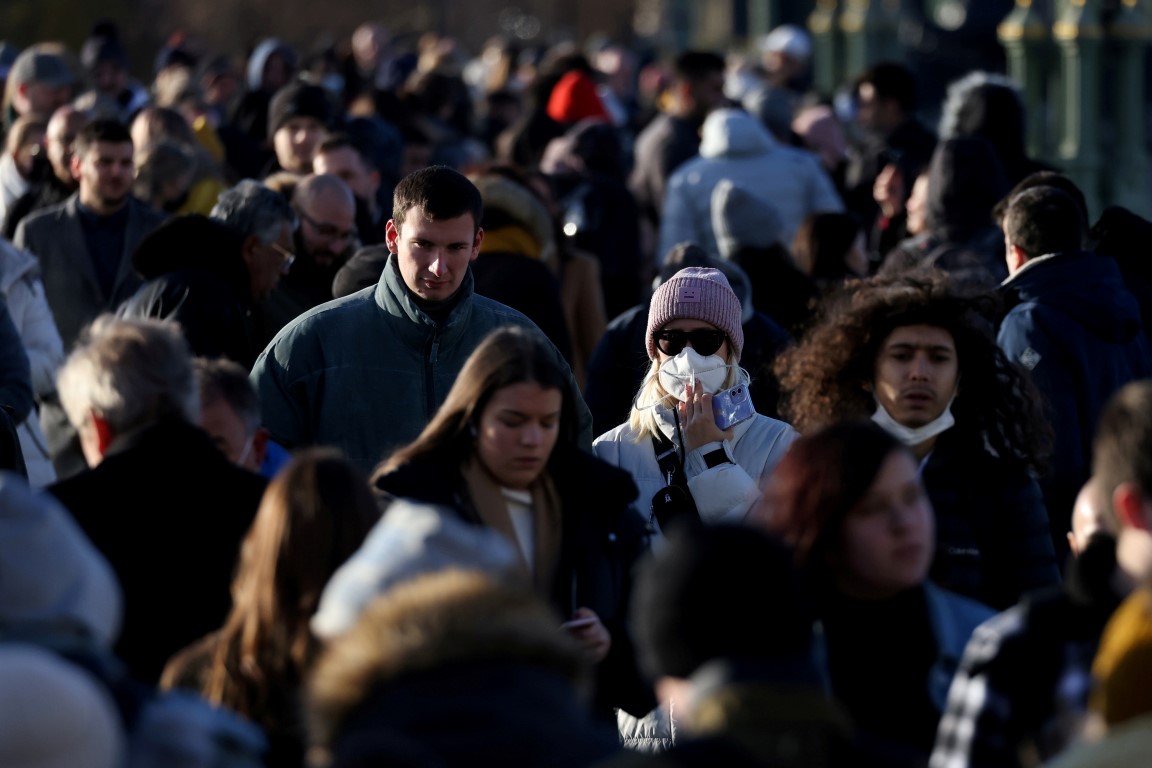 People walk across Westminster Bridge in London. Photo: Reuters
Britain's health minister says there is now community transmission of the Omicron variant of the coronavirus across regions of England, but it is too early to say if this will "knock us off our road to recovery".

Defending the introduction of stricter rules to slow the spread of the virus, Sajid Javid told parliament the government was "leaving nothing to chance" while scientists assessed the variant, which was first reported in South Africa last month.

"This includes cases with no links to international travel, so we can conclude there is now community transmission across multiple regions of England," Javid said.

Prime Minister Boris Johnson said on Monday (local time) no further restrictions were currently needed to deal with the Omicron variant, but refused to rule out imposing such measures before Christmas.

Britain has announced all inbound travellers will need to take a pre-departure Covid-19 test, while arrivals from Nigeria, South Africa and nine other African countries will have to quarantine in hotels to slow the spread of the new variant.

The number of hotel rooms available for international quarantine will be doubled this week and the government is "ramping up this capacity as quickly as possible", Javid said.

Javid said that at this stage the government cannot "say for certain" whether or not Omicron will escape Covid vaccines, or if it causes a more severe illness.