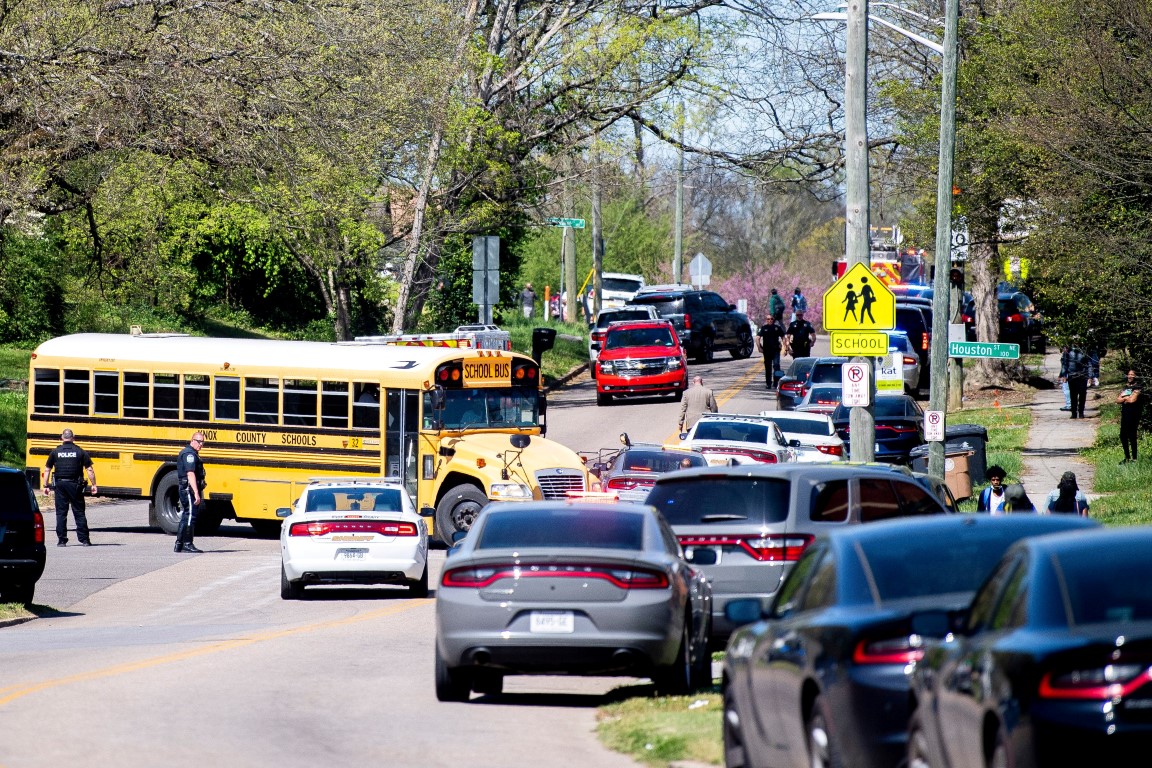 One person was killed and a police officer was wounded when police confronted an armed suspect at a high school in Knoxville, Tennessee.

The shooting, which unfolded about 3:15pm on Monday (local time) at Austin-East Magnet School on the east side of Knoxville was the latest episode of gun violence in the United States since mid-March.

Knoxville police said the officer struck by gunfire was expected to survive.

"He is conscious and in good spirts. ... He's going to be OK. I thanked him for putting his life on the line to protect students and staff at the school. He said he'd rather be hurt than anybody else," Knoxville Mayor Indya Kincannon told CBS News.

Investigators did not immediately identify the suspect or slain victim except to say that they were both male. It was not immediately clear if either attended Austin-East Magnet School.

"Based on the preliminary investigation, Knoxville Police Department officers responded to Austin-East Magnet High School on the report of a male subject who was possibly armed in the school," the police department said on Facebook.

"Upon approach of the subject, shots were fired. A KPD officer was struck at least one time and transported to the (University of Tennessee) Medical Center with injuries that are not expected to be life-threatening. One male was pronounced deceased at the scene, while another was detained for further investigation."

The police department had initially reported "multiple gunshot victims" in the attack.

"Knox County Schools is responding to a shooting that occurred this afternoon at Austin-East Magnet High School. We are gathering information about this tragic situation and will provide additional information as soon as possible," Knoxville schools superintendent Bob Thomas said on Twitter.

"The school building has been secured and students who were not involved in the incident have been released to their families," Thomas said.

Agents from the U.S. Bureau of Alcohol Tobacco and Firearms were en route to the scene to assist other law enforcement agencies, the bureau's Nashville office said on Twitter.

Police established a reunification site for families of the students at the baseball field behind the high school.

One mother who had been separated from her daughter was waiting elsewhere near the school and was relieved to receive a text message from her that she was safe.

In other shootings since mid-March, a man opened fire at the cabinet-making plant in Texas where he worked last week, killing one person and wounding six others before he was arrested.

Eight people were slain at Atlanta-area spas, 10 people at a supermarket in Boulder, Colorado, and four people, including a 9-year-old boy at a real estate office in Orange, California.