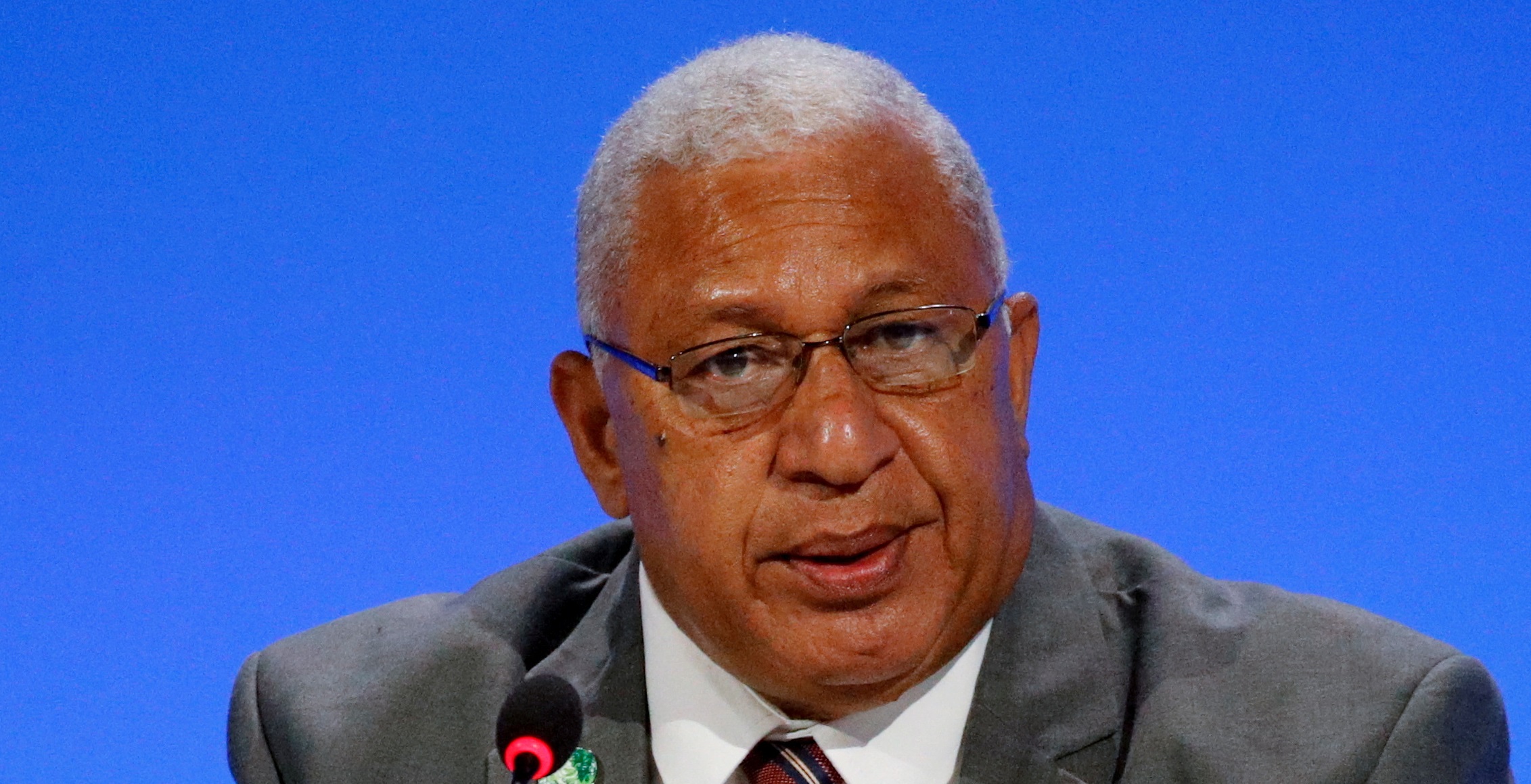 Fiji's leader Frank Bainimarama chaired the forum. Photo: Reuters
Six Pacific Islands Forum nations have agreed on how to overcome a major rift and proposed reforms to the region's major diplomatic group, which they said would strengthen solidarity and bolster them against internal and external pressures.

The Forum was hit by a dispute last year over leadership selection which threatened to split the group, founded in 1971, at a time when China's diplomatic efforts in the region have raised security concerns among United States allies.

The forum includes 18 members spanning the South Pacific's three cultural and geographic groups of Micronesia, Melanesia and Polynesia, as well as Australia and New Zealand.

Some members have diplomatic ties to Taiwan while others recognise Beijing.

China was unable to reach a sweeping trade and security pact last week with 10 nations that recognise Beijing, after some nations called for the matter to be discussed at a wider regional meeting.

On Tuesday, the leaders of Samoa, Cook Islands, Federated States of Micronesia, Fiji, Palau and Marshall Islands met in Fiji to resolve a dispute over how the forum's chief diplomat was elected in 2021.

Fiji's Prime Minister Frank Bainimarama, also chairman of the forum, said in a statement on Tuesday evening that proposed reforms for the forum, which need to be adopted by all members at the next meeting, would deepen trust across the region.

Leaders of Forum nations will meet in Suva on 12-14 July, convening face-to-face for the first time in two years.

Micronesian leaders from Palau, Marshall Islands and Federated States of Micronesia released a joint statement saying they approved of the reforms, which would bolster Pacific solidarity.

"A black cloud has disappeared from the Pacific," said FSM president David Panuelo, adding the Pacific would be "stronger against external and internal pressures".

An agreement was struck for the forum's secretary-general, former Cook Islands Prime Minister Henry Puna, to complete his term, and his successor to come from Micronesia in 2024.

The future of the forum had been under a cloud since five Micronesian nations said last year they would quit the group.