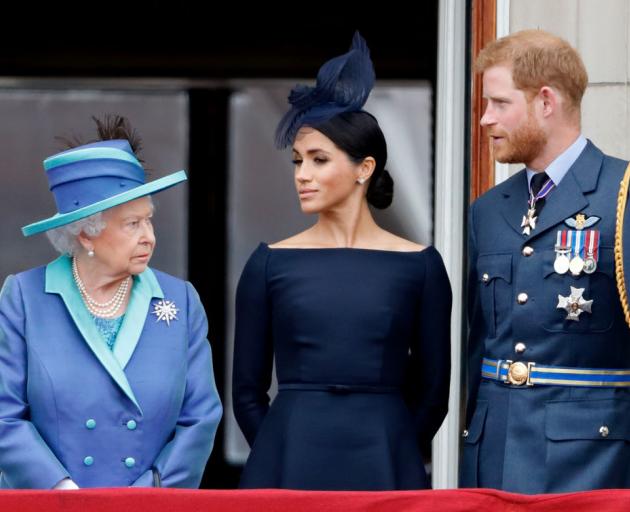 Prince Harry and Meghan did not consult the Queen before making public their plans. Photo: Getty Images
The Queen has summoned her grandson Prince Harry for a crisis meeting to discuss future arrangements for him and his wife Meghan following the couple's shock announcement that they want to step back from royal duties.

Harry's father Prince Charles, the heir to the throne, and his elder brother Prince William, will also attend the meeting, due to take place on Monday at the Queen's Sandringham estate in Norfolk, eastern England, a Buckingham Palace source told Reuters.

Meghan, an American former TV actress, will try to join via telephone from Canada where she returned earlier in the week to rejoin the couple's baby son, Archie.

Harry and Meghan, officially known as the Duke and Duchess of Sussex, surprised the rest of the royal family on Wednesday by publicly announcing they wanted a "new working model" that would allow them to spend more time in North America and to be financially independent.

They did not consult the 93-year-old Queen Elizabeth II or other members of the family before making their announcement on a new website, sussexroyal.com - a move which hurt and disappointed the Queen and other royals, according to a royal source.

The meeting on Monday will be the first time the senior royals have met in person to discuss the concerns raised by Harry and Meghan. 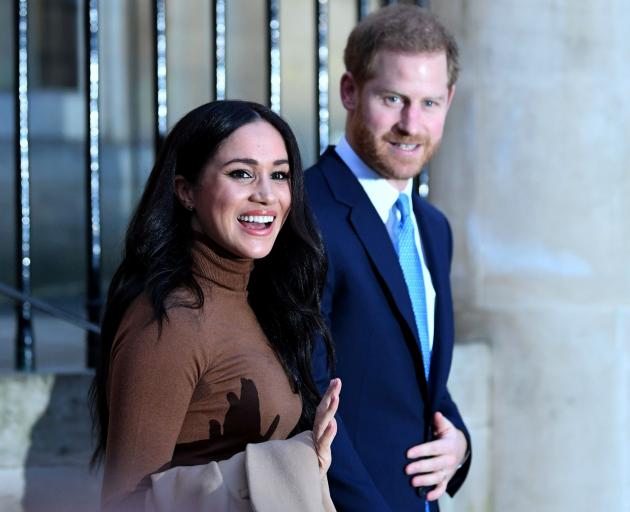 Prince Harry and Meghan, Duchess of Sussex, visited Canada House in London this week. She then returned to Canada. Photo: Reuters
Officials had been holding talks behind the scenes since the bombshell statement to try to work out a new arrangement for the couple, and a royal source said those efforts progressed well.

The consultations, which also included the British and Canadian governments, paved the way for a face-to-face meeting between Harry and the Queen.

The palace source said it remained the Queen's aim to a find a resolution to the crisis in days rather than weeks but it would require "complex and thoughtful discussions" and any agreement would take time to be implemented.

Harry and Meghan are reported to be considering basing themselves in Canada.

The split between Harry and the other Windsors is the latest crisis the royal family has faced in a period described last month as "bumpy" by the Queen in a televised annual address.

Such is the global interest in Harry and Meghan that their news has overshadowed a scandal surrounding the Queen's second son, Prince Andrew, and his friendship with disgraced late US financier Jeffrey Epstein, who was found dead in his jail cell in August last year while awaiting trial on federal sex-trafficking charges.

In an emotional TV interview October last year, Harry admitted that and William had fallen out.

The Sunday Times newspaper said William had spoken of his sadness at the rift. The brothers were close for years following the death of their mother Princess Diana in a Paris car crash in 1997.

The newspaper quoted William as saying to an unnamed friend: "I've put my arm around my brother all our lives and I can't do that any more, we're separate entities.

"I'm sad about that. All we can do, and all I can do, is try and support them and hope that the time comes when we're all singing from the same page. I want everyone to play on the team."

Earlier on Saturday, the Times newspaper reported that Meghan had agreed to do voiceover work for Disney in return for the company making a donation to a charity she supports that works to protect elephants.

The newspaper did not say where the information had come from.

A spokeswoman for Meghan had no immediate comment on the report, nor had an  official spokeswoman at Buckingham Palace.

Disney did not immediately respond to a Reuters request for comment.