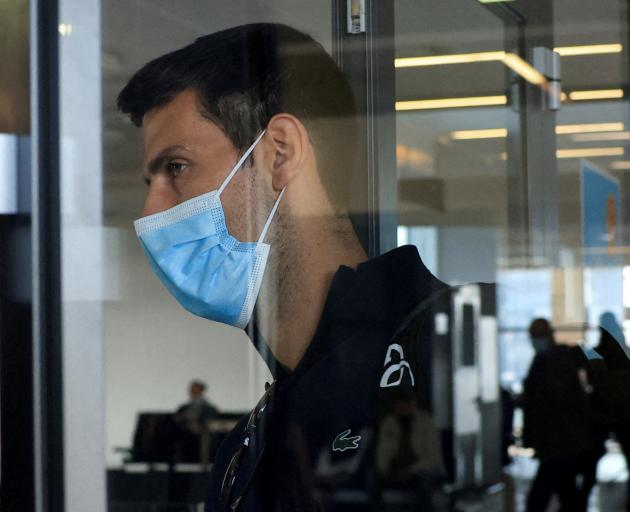 An unvaccinated Novak Djokovic arriving back in Belgrade this week after losing court bids to compete in his 10th Australian Open. Photo: Reuters
An Australian court says it dismissed Novak Djokovic's challenge to his visa cancellation as the minister who revoked it reasonably believed the tennis superstar, who is not vaccinated against Covid-19, may be a risk to the community.

The Federal Court also rejected the argument there was no evidence that Djokovic had ever urged anyone not to get vaccinated, saying it was open to infer that the public would perceive that he was opposed to vaccinations, since he said he had not been vaccinated. 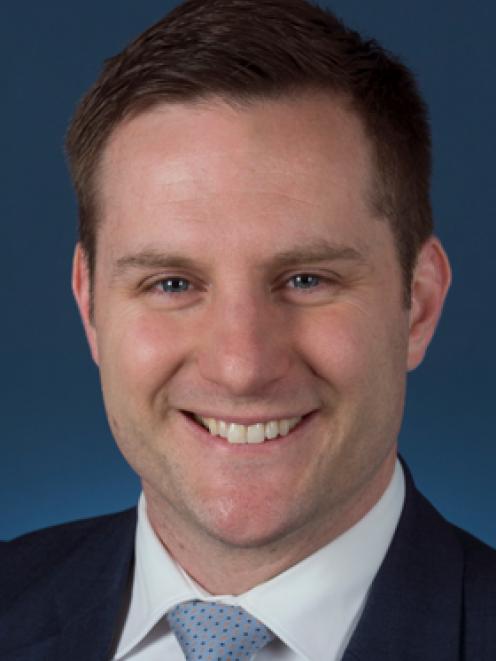 Immigration Minister Alex Hawke. Photo: Wikipedia
"An iconic world tennis star may influence people of all ages, young or old, but perhaps especially the young and the impressionable, to emulate him. This is not fanciful; it does not need evidence," the judges said in the ruling released on Thursday.

Djokovic's saga has fuelled global debate over the rights of people who opt not to get vaccinated as governments look to protect the community from the coronavirus pandemic.

The 34-year-old was deported from Australia on Sunday night, just hours after the court dismissed his effort to stay in the country to play at the Australian Open, where he hoped to win a record 21st major title.

His lawyers had argued the cancellation should be quashed on the grounds that Immigration Minister Alex Hawke's decision was irrational, he lacked evidence that Djokovic's presence in Australia may stoke anti-vaccination sentiment, and had failed to consider that deporting Djokovic might inflame anti-vax sentiment.

The Federal Court said while another minister might have decided not to cancel the visa, Hawke had followed the right steps under the law which allows him to cancel a visa as long as he is satisfied the visa holder "may be a risk to the health or good order of the Australian community".

"The minister reached that state of satisfaction on grounds that cannot be said to be irrational or illogical or not based on relevant material," Chief Justice James Allsop and judges Anthony Besanko and David O'Callaghan said in their reasons.

The Serbian now risks missing the next tennis Grand Slam event - the French Open - as the country's Sports Ministry has said there would be no exemption from a new vaccine pass law approved on Sunday.

"It is not the fact of Mr Djokovic being a risk to the health, safety or good order of the Australian community; rather it is whether the Minister was satisfied that his presence is or may be or would or might be such a risk for the purposes of (the Migration Act)," Chief Justice James Allsopp, Justice Anthony Besanko and Justice David O'Callaghan said in the ruling.

"The satisfaction of the Minister is not an unreviewable personal state of mind. The law is clear as to what is required.

"If, upon review by a court, the satisfaction is found to have been reached unreasonably or was not capable of having been reached on proper material or lawful grounds, it will be taken not to be a lawful satisfaction for the purpose of the statute."

The court, the judges said, does not consider the merits or wisdom of the decision. Nor does it remake the decision.

"The task of the court is to rule upon the lawfulness or legality of the decision by reference to the complaints made about it," they said.

Other tournaments in doubt

Djokovic had been set to launch the defence of his 10th Australian Open title in the competition's opening round on Monday, but was instead deported to Serbia.

He may also face a three-year ban on re-entering the country and has been ordered to pay the federal government's legal costs.

Djokovic said in a statement that he was extremely disappointed with the court's decision to dismiss his application but that he respected its ruling.

"I will cooperate with the relevant authorities in relation to my departure from the country," he said.

He vowed to take time to rest and recuperate before making further comments.

The ruling ended an extraordinary saga that had the court sit for five hours on Sunday during its summer holiday - a highly unusual event that reflected the urgency and high stakes of the case.

Djokovic brought the case after his visa was cancelled for a second time on Friday afternoon.

The Immigration Minister cited a risk to public health and the chance that the unvaccinated Djokovic's presence in Australia could excite anti-vaccination sentiment.

Djokovic's visa had earlier been cancelled on the basis that he didn't have an exemption from the requirement to be vaccinated. That decision was revoked and the visa reinstated earlier last week.

He was aiming for a 10th Australian Open title and a 21st Grand Slam victory, putting him above Roger Federer and Rafael Nadal, who also have 20 wins.

But he now risks being frozen out of tennis, with rules on travellers who are unvaccinated tightening in the third year of the pandemic and some tournaments reconsidering exemptions.

The most immediate concern is the next grand slam - the French Open in May, where clay court king Nadal has already amassed a staggering 13 titles - after the country's sports ministry said on Monday there would be no exemption from a new vaccine pass law.