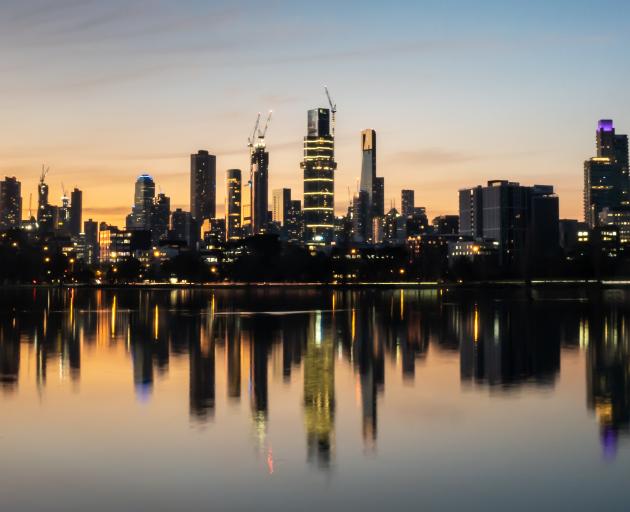 Melburnians will have to wait a little longer to hit the golf course or tennis court, with Victoria set to miss its first Covid-19 roadmap target this weekend. File photo: Getty
Victoria has recorded 847 new locally acquired Covid-19 cases and another death from the virus.

It's a record number of infections for the state, which now has 7611 active coronavirus cases,

Health officials say 37,220 vaccine doses were administered in the 24 hours to Friday evening. More than 59,000 tests were conducted during the same period.

#BREAKING: Victoria has recorded its highest ever daily increase in case numbers since the start of the pandemic with 847 new infections and sadly one death. @IzaStaskowski #9News pic.twitter.com/ClZBjt6dbU

Meanwhile, Melburnians will have to wait a little longer to hit the golf course or tennis court, with Victoria set to miss its first Covid-19 roadmap target this weekend.

The state is 3.7 percent shy of reaching 80 percent first dose vaccination coverage for those aged over 16.

With vaccination rates typically lower over the weekend, Health Minister Martin Foley concedes the state is likely to hit 80 percent first dose mark mid to late next week instead of Sunday as initially forecast.

This will delay Melburnians enjoying additional freedoms, including a resumption of contactless sport for up to five fully vaccinated adults and expansion of the city's travel limit from 10km to 15km.

It comes as police and riot squad members descended on Northcote on Friday afternoon, dispersing a crowd of up to 80 protesters and making 31 arrests.

A scuffle took place outside Northcote Plaza and several of those involved were led away by police at nearby All Nations Park.

Others were stopped and questioned about their reasons for leaving home as helicopters flew overhead.

More than 200 protesters were arrested across Melbourne as part of the fifth day of the recurring protests, with police expecting to issue 215 fines for health direction breaches.

Victoria recorded 733 new Covid-19 cases on Friday, including a man who attended Wednesday's protest in Melbourne's CBD that centred on the Shrine of Remembrance.

Health chief Brett Sutton says it will take a couple of weeks to learn whether the protest was a super-spreading event.

The protests began on Monday in opposition to mandatory vaccinations for the construction sector and the closure of building site tea rooms but have morphed into a wider anti-lockdown and anti-vaccine movement.