Saudi oil output to be restored 'by end of September' 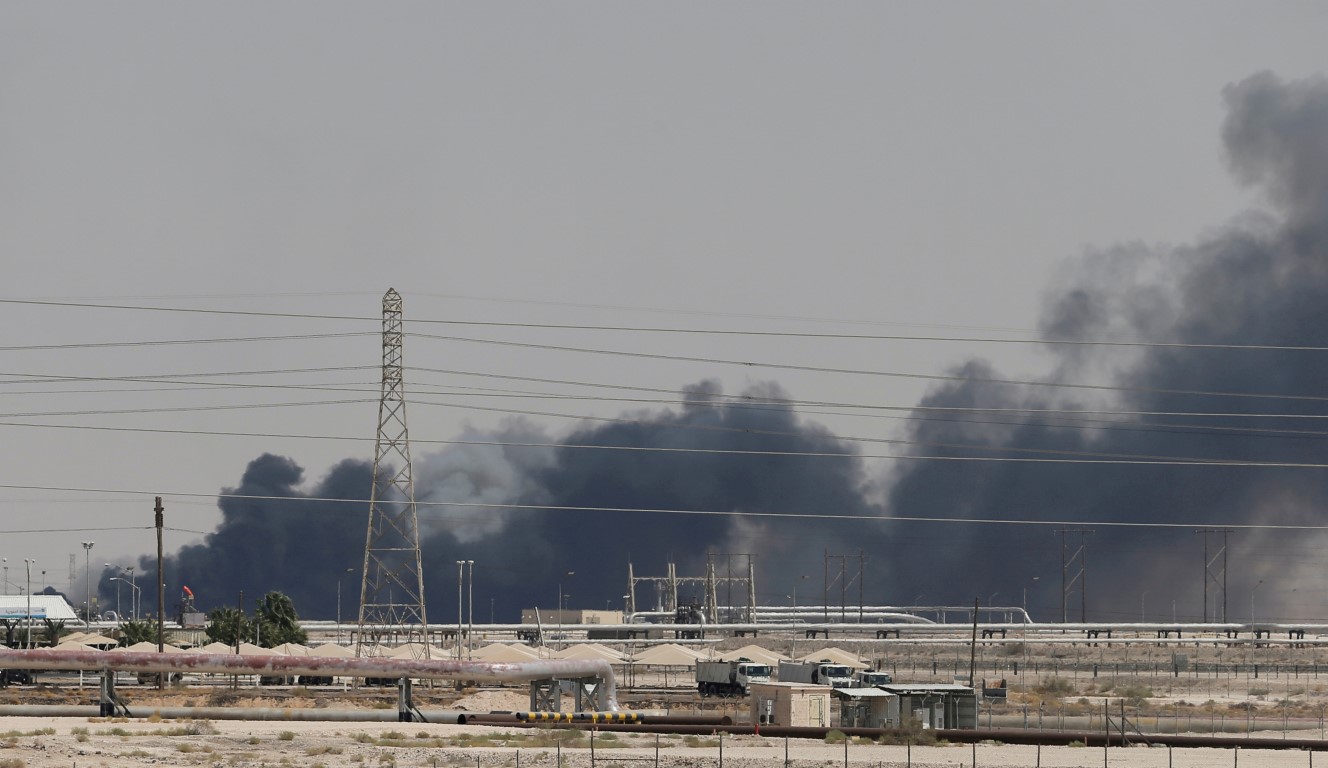 Smoke rises from a fire at the Aramco facility in the eastern city of Abqaiq following the attack. Photo: Reuters
Saudi Arabia will restore its lost oil output of 5.7 million barrels per day (bpd) by the end of September and has managed to recover oil supplies to the levels they were at prior to weekend attacks on its facilities by drawing from oil inventories.

"Oil supplies will be returned to the market as they were before 3:43 am Saturday," he told a news conference in the Red Sea city of Jeddah, saying state oil giant Aramco had emerged "like a phoenix from the ashes" after the attack.

He was referring to attacks on Saturday on Saudi Aramco plants in Abqaiq and Khurais, including the world's largest oil processing facility, which shut down half of Saudi Arabia's production, or 5% of global output.

Aramco chief executive Amin Nasser said the company, which is preparing for an initial public offering (IPO), was still in the process of estimating repair work but that it was "not that significant," given the company's size.

Aramco had put out 10 fires in the span of seven hours after the "huge" assault, Nasser told the same news conference.

He said the company was in the process of bringing back oil refining to full capacity and that there were enough crude products to supply the local markets.

Prince Abdulaziz said Riyadh did not yet know who carried out the strikes or why, adding Saudi Arabia would keep its role as a secure supplier of global markets. He said stricter measures needed to be taken to prevent further attacks, but did not elaborate.

The foreign ministry has said that preliminary investigations indicated Iranian weapons were used in the assault, which authorities initially said involved drones.