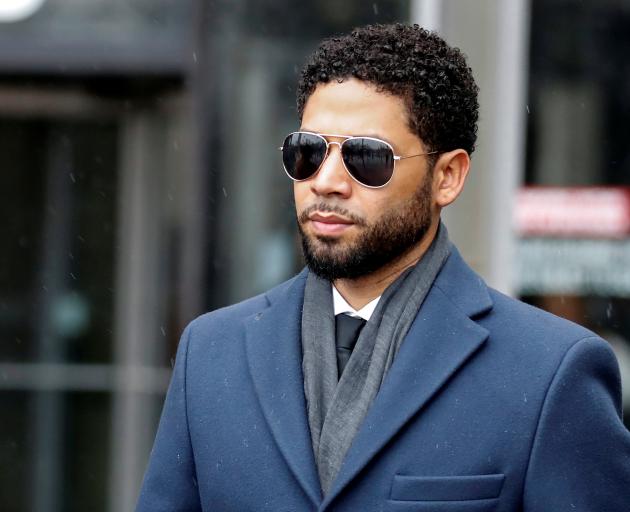 Tuesday's grand jury indictment accuses Smollett, who is black and openly gay, of making four separate false reports to Chicago Police Department officers related to his account that he was the victim of a hate crime.

The indictment specifically charges the 37-year-old with six counts of disorderly conduct.

The dismissal of the earlier charges on March 26, 2019, drew an outcry from then-Mayor Rham Emanuel and the city's police superintendent, who branded the reversal a miscarriage of justice, and led to a Cook County judge appointing former US Attorney Dan Webb to review the case.

A Cook County grand jury returned the new indictment of Smollett at Webb's recommendation after nearly a year of investigation by his office.

The probe "revealed that Jussie Smollett planned and participated in a staged hate crime attack, and thereafter made numerous false statements to Chicago Police Department officers on multiple occasions, reporting a heinous hate crime that he, in fact, knew had not occurred," Webb said in a statement released in conjunction with the indictment.

Neither Smollett's lawyers nor publicist immediately responded to requests for comment.

Smollett has continued to insist that he was telling the truth when he reported that he was accosted on the street in January 2019 by two masked men, who he said threw a noose around his neck and poured chemicals on him while yelling racist and homophobic slurs and expressions of support for US President Donald Trump.

The actor, who played a singer-songwriter on the Fox television Empire but was dropped from the show after the alleged attack, sued the city of Chicago in November, accusing municipal officials of maliciously prosecuting him.