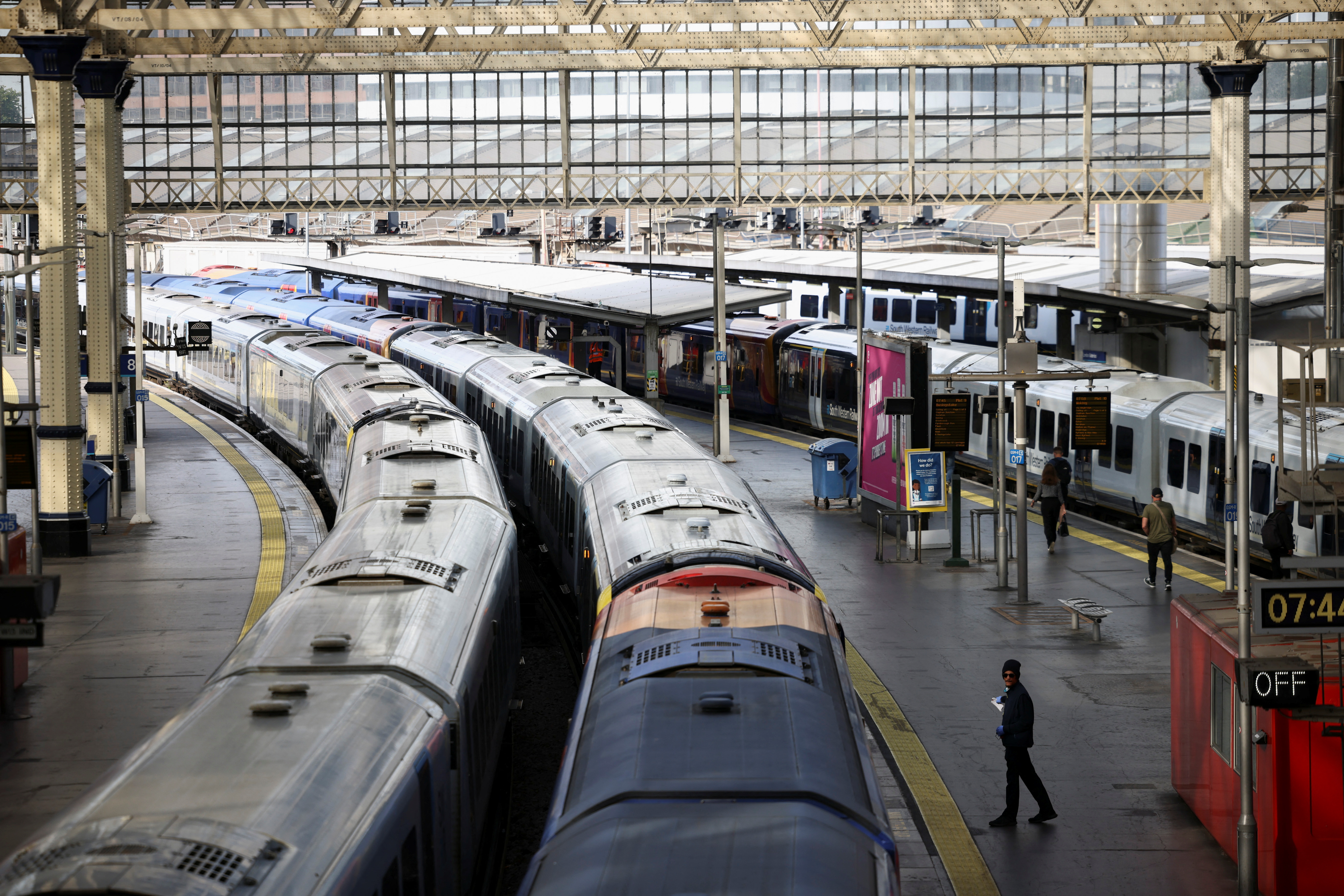 Trains on the platform at Waterloo Station on the first day of national rail strike in London. Photo: Reuters
Britain's biggest rail strike in 30 years has begun, as tens of thousands of staff walked out in a dispute over pay and jobs that could pave the way for widespread industrial action across the economy in coming months.

Picket lines appeared at dawn and will be lined by some of the more than 40,000 rail workers who are due to strike on Tuesday, Thursday and Saturday, bringing the network to a standstill. The London Underground metro network was also mostly closed due to a separate strike.

Prime Minister Boris Johnson, under pressure to do more to help British households facing the toughest economic hit in decades, said the industrial action would harm businesses as they continue to recover from the Covid-19 pandemic.

Unions have said the rail strikes could mark the start of a "summer of discontent" with teachers, medics, waste disposal workers and even barristers moving towards industrial action as surging food and fuel prices push inflation towards 10%.

"Our campaign will run for as long as it needs to run," Mick Lynch, secretary-general of the Rail, Maritime and Transport Workers (RMT), told reporters on Monday.

Johnson said the unions were harming the people they claimed to be helping.

"By going ahead with these rail strikes, they are driving away commuters who ultimately support the jobs of rail workers, whilst also impacting businesses and communities across the country," Johnson will tell his cabinet on Tuesday, according to his office.

The government has faced criticism from opposition lawmakers for refusing to get involved in the talks to settle the dispute. Ministers say it is a matter for the unions to work out directly with rail employers.

Britain's economy initially rebounded strongly from the pandemic but a combination of labour shortages, supply chain disruption, inflation and post-Brexit trade problems has prompted warnings of a recession.

The government says it is giving extra support to millions of the poorest households but says above-inflation pay rises would damage the fundamentals of the economy.

"Sustained higher levels of inflation would have a far bigger impact on people's pay packets in the long run, destroying savings and extending the difficulties we’re facing for longer," Johnson said.

The outbreak of industrial action has drawn comparison with the 1970s, when Britain faced widespread labour strikes including the 1978-79 "winter of discontent".

Transport minister Grant Shapps said the government would change the law to force train operators to deliver a minimum service on strike days, and allow other workers to temporarily replace those staff who have walked out.

"We are going to take steps to make sure this kind of thing is less damaging in future," he told Sky News.

The strikes come as travellers at British airports experience chaotic delays and last-minute cancellations due to staff shortages, while many Britons have to wait months for new passports to arrive due to processing delays.

The rail strike means only about half of Britain's rail network will be open on strike days with a very limited service running on those lines and continued disruption on the days in between strike days.