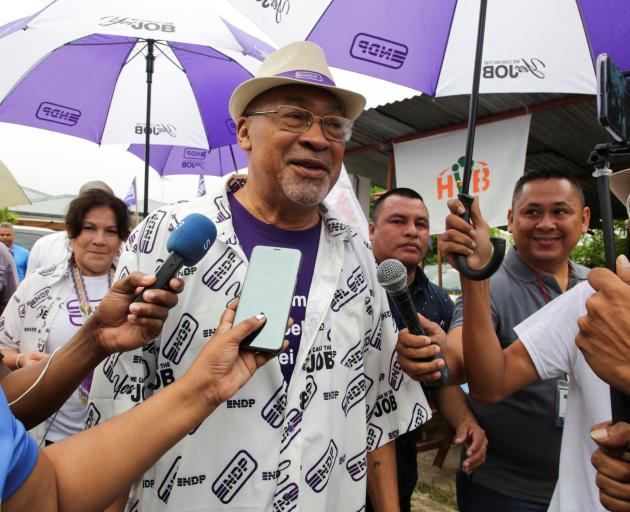 Suriname's President Desi Bouterse of the ruling National Democratic Party. Photo: Reuters
Surinamese President Desi Bouterse, a former military ruler who has dominated the country's politics in recent decades, was seeking a third term in an election on Monday, about six months after a local court found him guilty of murder in absentia.

The court in November sentenced the 74-year-old president to 20 years in prison for ordering the execution of 15 adversaries in the former Dutch colony who had spoken out against his seizure of power in a February 1980 coup.

Bouterse, who has avoided prison due to his presidential immunity, has appealed the conviction, and the court is due to reconvene next month. Additionally, in 1999, a Dutch court sentenced him to 11 years in prison for drug smuggling. Bouterse never served the sentence but can still be arrested in countries that have extradition treaties with the Netherlands.

Suriname's economy has collapsed under Bouterse, and his government has faced multiple corruption scandals. But he hopes to benefit from the recent discovery of vast oil reserves off the coast of the South American country, with a population of 575,000.

To win the presidency, Bourtese's National Democratic Party must win at least a plurality in the 51-member assembly. According to an opinion poll this month, his party is expected to win 14 to 17 seats, considerably less than in 2015.

Due to a coronavirus lockdown, there have been no large-scale election rallies, and parties appealed to voters using road shows with decorated cars and political songs.

Bouterse led Suriname through the 1980s as head of a military government, then assumed office again in 2010 and in 2015 secured re-election to another five-year term.