The Texas gunman who murdered 19 children and two teachers warned in an online message that he was going to shoot up an elementary school minutes before his rampage, Governor Greg Abbott says, as harrowing details about the attack emerged a day after the massacre.

The gunman, 18-year-old Salvador Ramos, also sent a message saying he was going to shoot his grandmother and another one confirming he had done so, Abbott said at a news conference.

Ramos' grandmother, whom he shot in the face shortly before attacking the school on Tuesday, survived and called police. 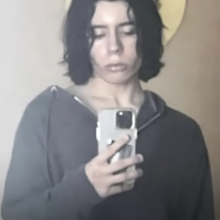 Ramos fled the home they shared and crashed his car near Robb Elementary School in Uvalde,  south Texas. A school police officer approached him outside the building, according to officials, but no gunfire was exchanged. Authorities did not offer further details on that engagement.

Ramos then entered the school through a back door carrying an AR-15 style rifle and made his way to a fourth-grade classroom, where all of the victims were killed, authorities said.

The school's student body consists of children in the second, third and fourth grades. Pupils in those grades would likely have ranged in age from 7 to 10.

Ramos was shot and killed by law enforcement. One agent was hit in the leg and grazed in the head, the official said.

The online messages were the only advance warning, Abbott said. He said Ramos, a high school dropout, did not appear to have any criminal record or history of mental health problems. Investigators have not publicly identified a motive.

Abbott said the posts were made on Facebook, but spokespeople for Facebook's parent company, Meta Platforms FB.O, said they were private one-to-one messages discovered after the shooting. The company declined to say who received the messages or which of Meta's platforms, such as Messenger or Instagram, was used to send them.

Ramos legally purchased two rifles and 375 rounds of ammunition just days before the shooting, according to authorities.

The Texas rampage stands as the deadliest US school shooting since a gunman killed 26 people, including 20 children, at Sandy Hook Elementary School in Connecticut in December 2012.

Beto O’Rourke, who is running for governor of Texas, interrupted a news conference hosted by Gov. Greg Abbott on Wednesday and accused Republicans of "doing nothing" to address gun violence in the aftermath of the Uvalde school shooting. https://t.co/SyMyQbynnA pic.twitter.com/vf2hTzzgOF

The attack, 10 days after an avowed white supremacist shot 13 people at a supermarket in a mostly black neighbourhood of Buffalo, New York, has reignited a national debate over US gun laws.

In a sign of the charged political atmosphere, Beto O'Rourke, the Democratic candidate challenging Abbott in a November election, interrupted the news conference to confront Abbott for the state's permissive gun laws.

Several officials yelled at O'Rourke. "You're a sick son of a b**** who would come to a deal like this to make a political issue," one said, though it was not clear who.

O'Rourke was escorted out of the building and spoke to reporters outside, calling it "insane" that an 18-year-old was legally permitted to acquire a semi-automatic rifle and vowing to pursue gun restrictions.

"We can get that done if we had a governor that cared more about the people of Texas than he does this own political career or his fealty to the NRA," he said, referring to the National Rifle Association, a gun-rights advocacy organization.

Abbott said stringent gun laws do not prevent violence, citing states such as New York, and said policymakers should instead focus on mental health treatment and prevention.

"As a nation, we have to ask when in God's name we're going to stand up to the gun lobby," he said, his voice rising.

But new legislation appeared unlikely to pass in Washington. Virtually all Republicans in Congress oppose gun restrictions, and there was no sign the massacre would alter that position.

White House officials were planning a trip to Texas for Biden, a senior administration official said.

The NRA's annual meeting starts on Friday in Houston, where Republicans including Abbott, Texas US senators Ted Cruz and John Cornyn and former President Donald Trump are all scheduled to speak.

In a statement, the NRA expressed sympathy for the victims but said the event would go on as planned.

World leaders expressed shock and sorrow. Pope Francis on Wednesday said he was "heartbroken" and called for an end to "the indiscriminate trafficking of weapons." 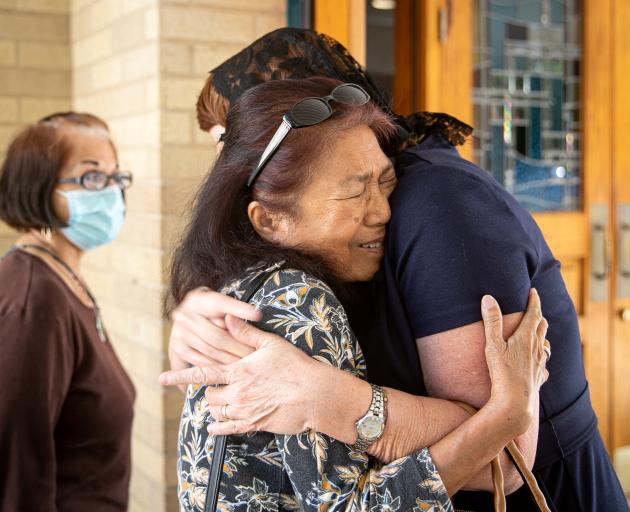 Rose Conner, a substitute teacher in Uvalde, hugs a woman outside of Sacred Heart Catholic Church before a mass on Wednesday. Photo: Angela Piazza-USA TODAY NETWORK

'I WILL MISS YOUR LAUGH FOREVER'

Uvalde, a community deep in the state's Hill Country region about 130km west of San Antonio, has about 15,000 residents, nearly 80% of them Hispanic or Latino, according to US Census data.

Community members set up fundraisers for the families of the victims, while some relatives mourned their losses on social media.

"My little love is now flying high with the angels above," Angel Garza, whose daughter, Amerie Jo Garza, was killed, wrote on Facebook. "Please don't take a second for granted. Hug your family. Tell them you love them."

The two staff members killed were identified as Eva Mireles and Irma Garcia, fourth-grade teachers trapped in the classroom with their students when the shooting began. Read full story

"My best friend, my twin was taken from me," Mireles' daughter, Adalynn Ruiz, wrote on Facebook. "Everyone who knows you knows how outgoing and funny you were and I will miss your laugh forever."