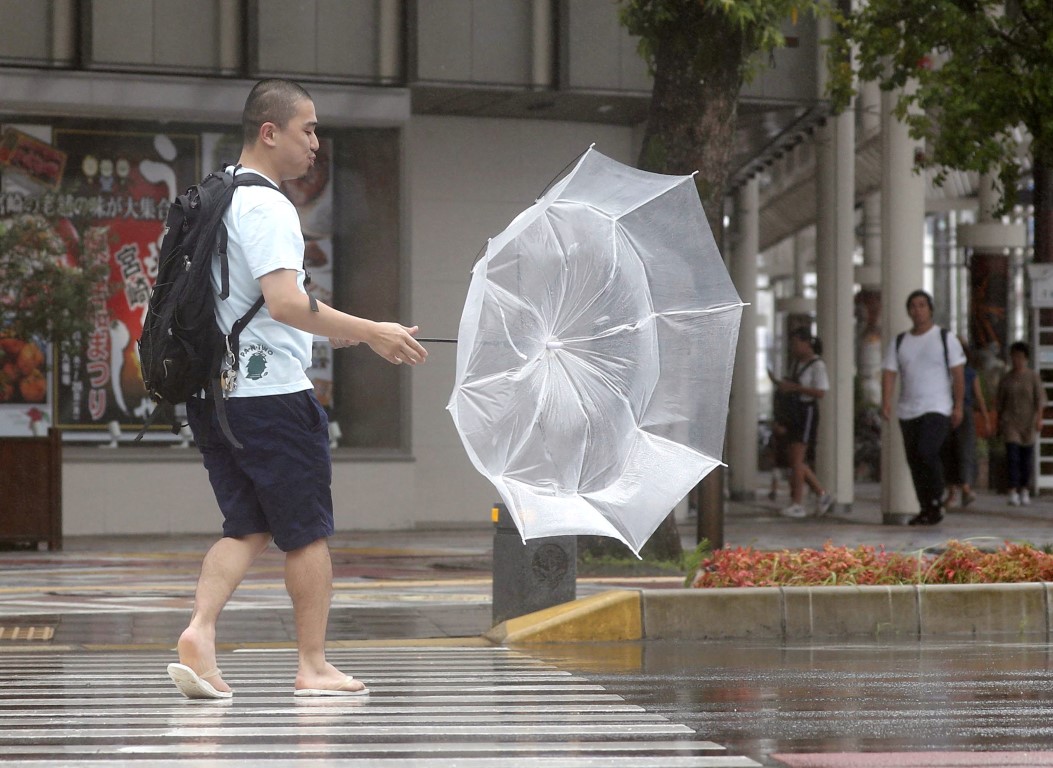 Around four to five typhoons make landfall in Japan every year. File photo: Reuters
One of the strongest typhoons to hit the Japanese capital in recent years made landfall just east of Tokyo on Monday, bringing record-breaking winds, stinging rain and sending some rivers close to the top of their banks.

More than 100 flights were cancelled and scores of train lines were stopped, snarling the morning commute for millions in the greater Tokyo area, which has a population of some 36 million, as authorities warned it was dangerous to venture outside.

There were no immediate reports of deaths and only several minor injuries as of early Monday (local time), but some 84,000 houses lost power, national broadcaster NHK said.

Typhoon Faxai, a Laotian woman's name, slammed ashore in the city of Chiba, just east of Tokyo, a little before dawn, bringing with it wind gusts of 207kmh in Chiba, the strongest ever recorded there, NHK said.

Around four to five typhoons make landfall in Japan every year, but it is unusual for them to do so near Tokyo. NHK said Faxai was the strongest storm in the Tokyo area in several years.

In the neighbouring city of Ichikawa, winds were occasionally strong enough to shake buildings, while biting rain fell. Streets normally busy with commuters walking or bicycling to the train station were deserted.

Some 5,000 people were ordered to evacuate, more than half in the tourist city of Kamakura just south of Tokyo, because of the danger of landslides, NHK said, but there were no immediate reports of major damage.

Parts of the Tokaido Shinkansen line were halted, as was the Yamanote Line, a Tokyo commuter line.

Faxai, which is moving rapidly, is expected to head out to see by around noon on Monday, although winds are expected to linger for a while.