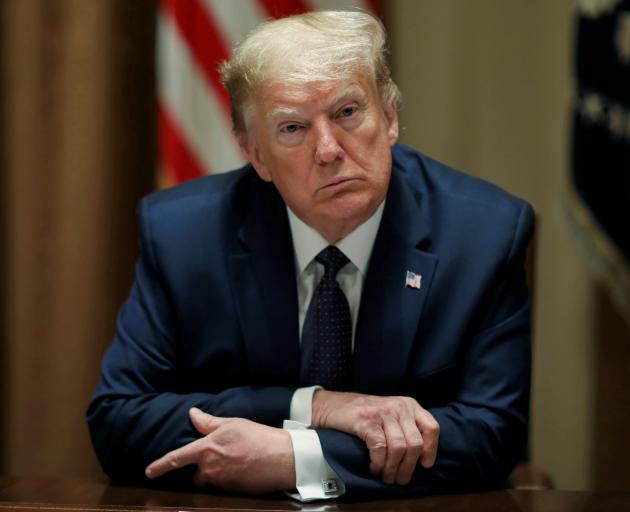 Donald Trump. Photo: Reuters
Twitter has for the first time prompted readers to check the facts in tweets sent by United States President Donald Trump, warning his claims about mail-in ballots were false and had been debunked by fact checkers.

The blue exclamation mark notification prompted readers to "get the facts about mail-in ballots" and directed them to a page with news articles and information about the claims aggregated by Twitter staffers.

"Trump makes unsubstantiated claim that mail-in ballots will lead to voter fraud," said a headline at the top of the page, followed by a "what you need to know" section correcting three false or misleading claims made in the tweets.

Trump had claimed in tweets earlier in the day that mail-in ballots would be "substantially fraudulent" and result in a "rigged election." He also singled out the governor of California over the issue, although the state is not the only one to use mail-in ballots.

Twitter confirmed this was the first time it had applied a fact-checking label to a tweet by the president, in an extension of its new "misleading information" policy introduced this month to combat misinformation about the coronavirus.

The company said at the time it would later extend the policy on disputed or misleading information about Covid-19 to other topics.

Twitter's fact-checking notification on Wednesday came hours after the social network declined to take action on tweets Trump sent about the 2001 death of a former congressional staff member, after her widower asked the company to remove them for furthering false claims.

Twitter explicitly bans content that could result in voter suppression, but a company spokesman said the president's tweets on mail-in ballots did not violate that policy.