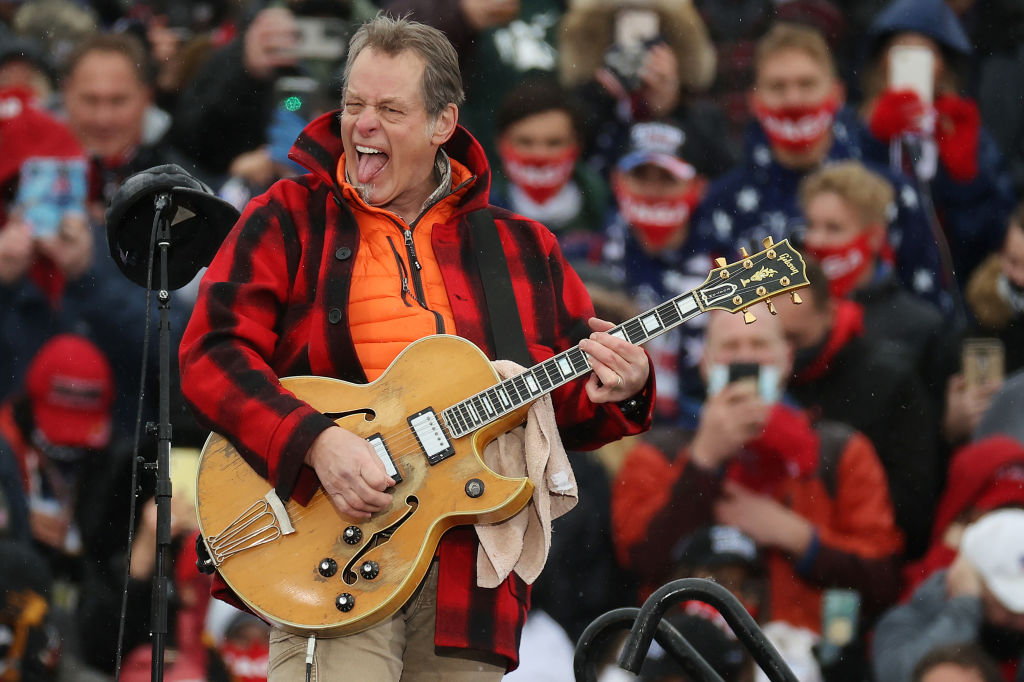 Ted Nugent performs The Star Spangled Banner during a campaign rally for Donald Trump in Lansing, Michigan in October last year. Photo: Getty
After a year of denying that Covid-19 was real, US rocker Ted Nugent now has the virus.

In a video posted on his Facebook page, Nugent (72) announced he was infected with the coronavirus

"You probably can't tell because of my positive spirit, my positive attitude plows right through all of the negative," he said.

"Everyone told me I shouldn't announce this ... During cluster f--- pandemic, Chinese virus attack '21, I was tested positive today. I got the Chinese s---!"

Nugent said he had had flu-like symptoms for the last 10 days and "I thought I was dying."

He said mostly the symptoms have been a congested head, but that he had to "literally" crawl out of bed on recent mornings.

“My God, what a pain in the ass. I literally could hardly crawl out of bed the last few days.”

A Michigan native who now primarily lives in Texas, Nugent has been a vocal hunting rights activist and an outspoken supporter of Republican politicians.

Despite getting seriously sick from the virus, Nugent said he still refuses to get the Covid-19 vaccine, claiming that there are questions about its safety and origins.

The "Motor City Madman" has mocked mask-wearers as “sheep”, called the pandemic a “scam” and claimed the death toll was “bulls—t”.