'A beautiful sight': First Hector's dolphin calves of the season spotted in Akaroa 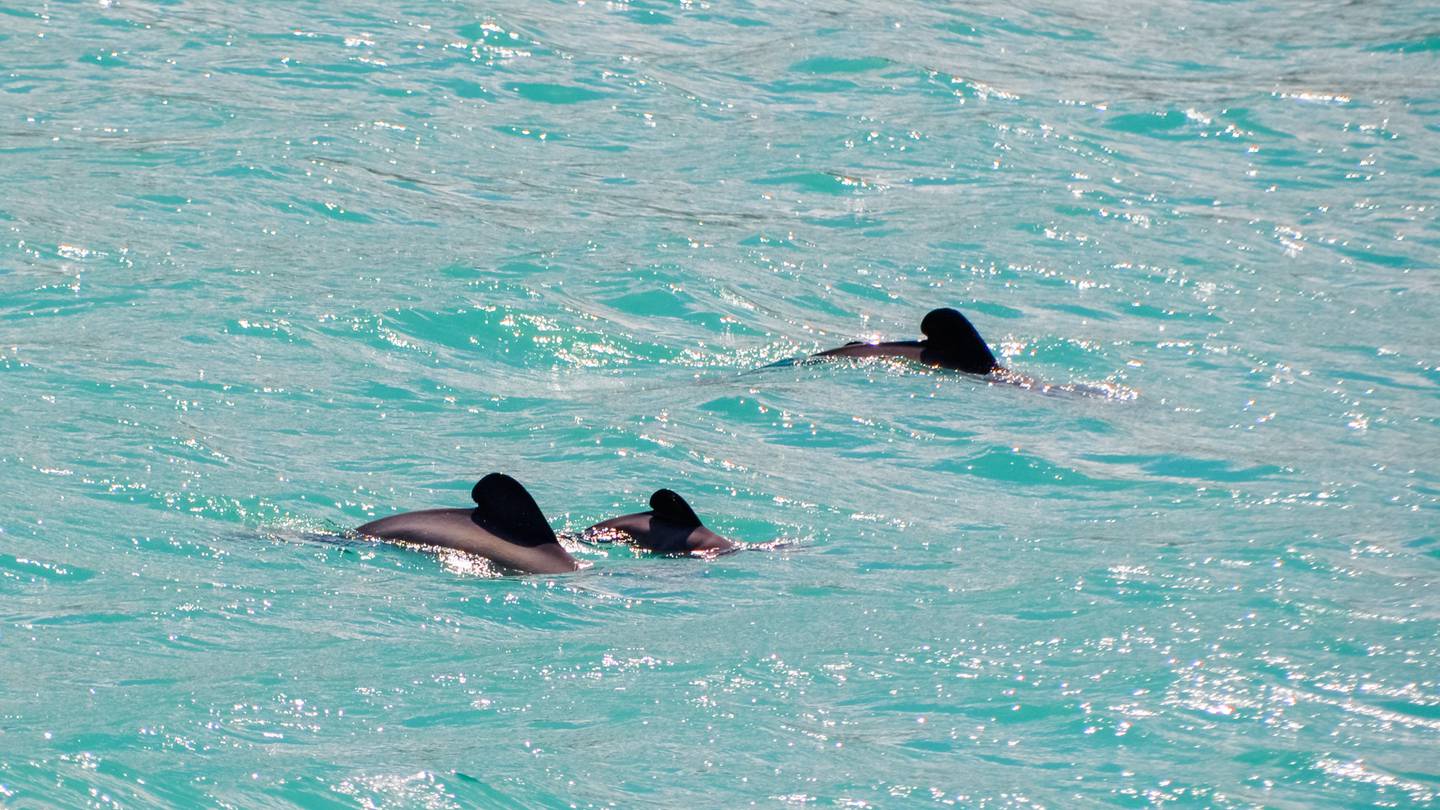 Two baby calves have been seen swimming alongside their mothers near Akaroa Heads.

Black Cat Cruises chairman Paul Bingham said the calves are around the size of a rugby ball.

"It is really special to be able to see Hector's dolphins calving, that's literally the future of the species right there swimming around in the water so it's a beautiful sight."

The species is considered to be endangered although Bingham said their numbers are no longer in decline.

"The calves were likely only a couple of days or, at the most, a week old. They came right up to the boat and then quickly swam away," said Black Cat Cruises crew member Dan Hitchcox.

Hector's dolphins give birth only once every two to three years and they are not tagged or tracked.

The greatest threat to the species is being caught and drowned in set nets, where fishers drop nets to the ocean floor and come back later to pull them up.

Bingham said while the government has increased protection for the dolphins, an area near the Akaroa Harbour mouth is still considered a "death zone".

"What we're doing is calling for the ministers to look at that particular area because we are very concerned that there are dolphins there and they are going to continue to die in nets."