0 Comments
A night away from their warm, comfy beds was a small price to pay for a group of boys wanting to be the first on the Remarkables’ chair lifts for 2020.

The Arrowtown locals were awarded special T-shirts for their efforts.

“We woke up at five o'clock in the morning and have been out here since. Now we’re just waiting for the chair lift to open — should be good,” Flyn said. 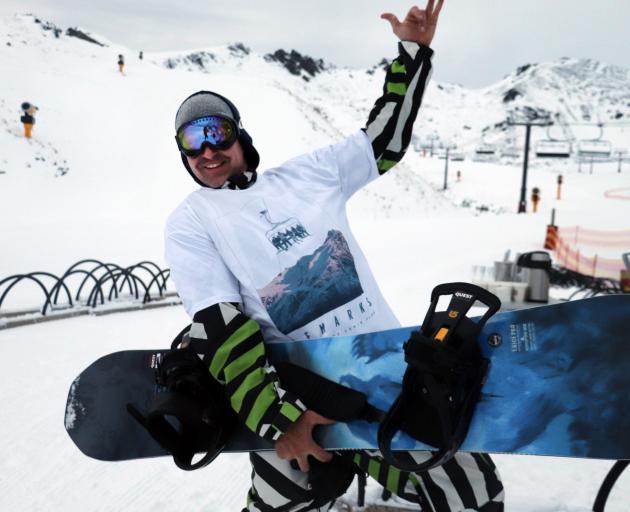 Tim Blackwood travelled from Dunedin to make the start of the Remarkables’ chair lifts on opening day. PHOTOS: HUGH COLLINS
Despite Covid-19 putting a huge question mark over whether or not the season would happen at all, Saturday’s opening drew about 1200 skiers and snowboarders to Queenstown’s highest skifield.

Tim Blackwood had travelled from Dunedin to arrive in time for the lifts to start at 9am.

“Pretty stoked just to be here actually, we are pretty lucky in New Zealand. There's a lot of stuff going on the world right now so I feel pretty blessed to be able to come up here and go snowboarding,’’ he said.

Skifield manager Ross Lawrence said despite some high cloud, the snow was “on our side”.

“Really excited ... the crowds are starting to arrive so really impressed with that — great to be open.” 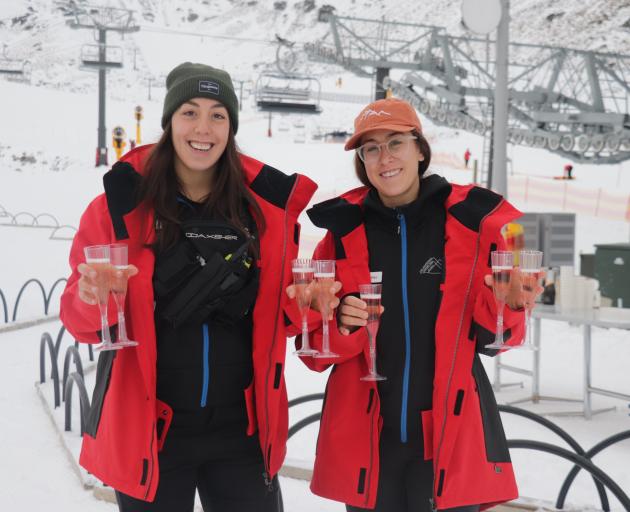 Wakatipu High School year 9 pupils (from left) Jano Le Page, Mace Korani, Flyn Cashmereid and Kennishii Palmer were the first on the Remarkables’ chair lifts for 2020.
Despite the closed borders, skier numbers were already looking strong on Coronet Peak and other fields throughout the country, Mr Lawrence said.

“With the numbers as positive as they are, and the school holidays right on us, we are ready for some action and it should be pretty busy.”

As of Saturday morning, about 30cm of snow sat at the resort’s base with 15cm falling in the previous seven days.

NZSki chief executive Paul Anderson said more snow was set to arrive for the field in the coming week.

“A really busy couple of weeks coming ahead, the hotels are kind of somewhere between 60 and 85% booked. So that's the Kiwis coming out to play,’’ Mr Anderson said. 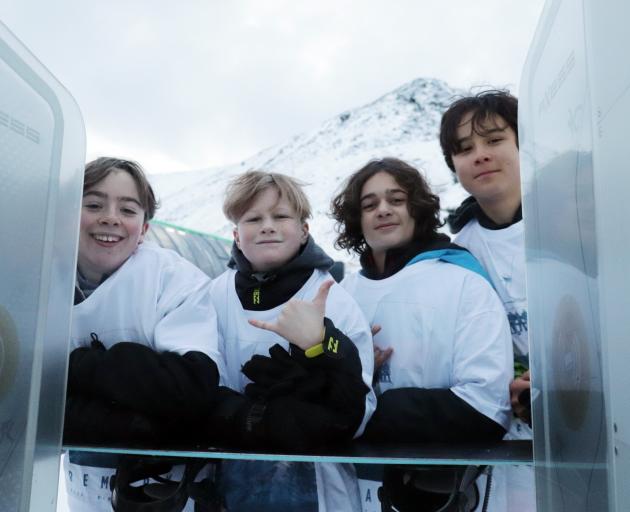 Remarkables staff Kendra Stronach (left) and Alex Laframboise enjoy a drink on the ski resort's opening day on Saturday.
“A little bit worried about beyond that, how that's going to pan out, but we are just hoping that the other Kiwis who don't have to take school holidays off take that time off and see us in August.”

The Remarkables is open daily through the school holidays until July 19, then weekends only.

A seven-day opening will resume for the September school holidays.