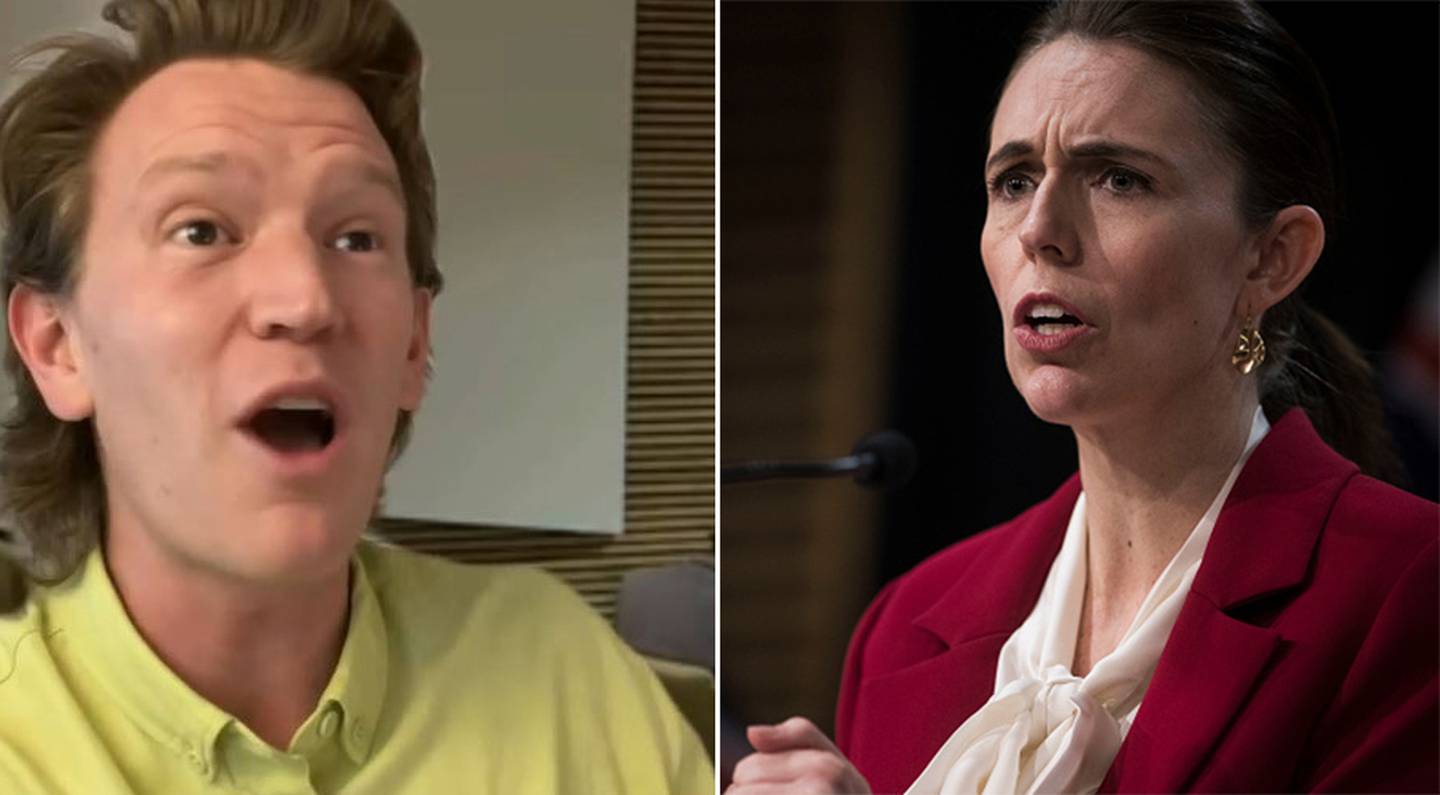 Jacinda Ardern has responded - kind of - to a question from comedian Chris Parker about whether strangers can have sex in the Covid-19 traffic light system. Photo: Instagram / Getty Images
It's the question many Kiwis wanted answering, but our leaders at press conferences were maybe a little too shy to answer.

But that hasn't stopped one man from seeking a response from the country's leader.

On Wednesday, Prime Minister Jacinda Ardern responded to a rather up-front X-rated question Kiwi comedian Chris Parker has been demanding answers to - when can New Zealanders have sex with strangers again?

Over the past couple of months a Covid-19 ad had suggested Kiwis needed "two shots" of the Pfizer vaccine "to do the deed". But no one knew quite what the rules are.

On Instagram, Parker demanded answers. And he got a response - kind of.

"I just want to know one thing on behalf of all my friends who are out there dating.

"Have they ever explicitly said at any of the press conferences when you can go out and f*** a stranger?

"Because I feel like that is the thing most people want to know the answer to.

"Like when can you hook up with someone? I feel like it's a public health matter and they should be more explicitly obvious about it."

Parker then went on to explain what Dr Ashley Bloomfield needs to tell the country to set the record straight.

"I want to hear Dr Ashley Bloomfield say 'when we are in the traffic light system, when we get to the red light phase you can hook up hook up with someone'" before going on to explain what other sexual activities are ok.

Parker also posted a video pretending to be at the press conference asking the Prime Minister "so when can people have sex with strangers?"

"Do you need to show a vaccine certificate before you go and hook up with someone at a bar or something?"

His post sparked thousands of responses online, but it was one response in particular that stunned both Parker and fellow viewers.

After seeing Parker's cheeky video, the Prime Minister responded to the comedian's calls for clear messaging surrounding the rules around love in the age of Covid - posting a shocked, blushing emoji.

Unfortunately, it left more questions than answers, with Kiwis still unsure about what traffic light level allows strangers to bonk.

Parker then returned fire, asking Ardern "ok but what are the rules?"

Fellow Kiwis weighed in, adding to the humour of Parker's request.

"Is it as long as your Bluetooth is on you're good kind of scenario?" one asked.

Another added: "It's 'two to do the deed' right?" in reference to the two shots for summer ad.

It's not the first time the topic of sexual innuendo has come up.

In August, Covid response minister Chris Hipkins had a rather humorous slip of the tongue that got the nation talking.

On the podium, Hipkins made a rather unintentional X-rated error, telling Kiwis about how they should social distance when they "spread their legs".

"It is a challenge for people in high-density areas to get outside and spread their legs when they are surrounded by other people," he said.

He meant to say "stretch their legs".