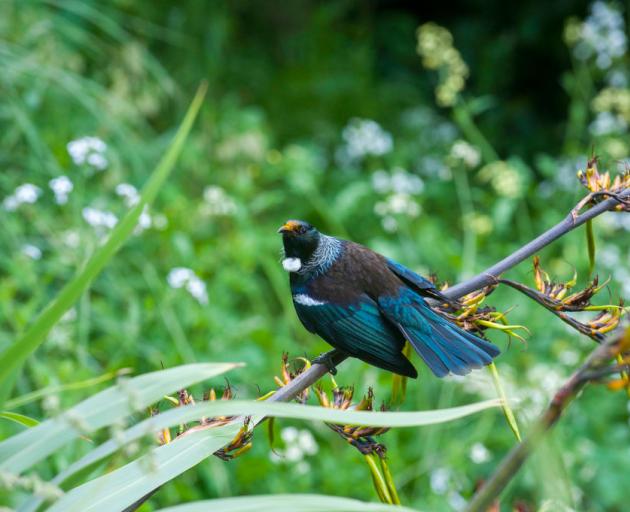 The tui (Prosthemadera novaeseelandiae). Photo: Getty Images
Over the weekend, New Zealanders with an eagle eye took to their gardens for the Annual Garden Bird Survey.

The organisation uses the data to assess bird population across the country and monitor individual species.

She says there had been other improvements for some species.

Dr Brandt noted there had been an increase in numbers of tui in Canterbury thanks to reintroductions on Banks Peninsula.

Dr Brandt said New Zealand had a pretty good idea of bird numbers in non-urban areas, but the survey helped even out some blind spots.

"We had 224 surveys submitted on Saturday and we've actually got at least one from every single region so far. So I think New Zealanders are doing great and we look forward to getting many more."

"This is a great way for us to get a sense of how species are changing in areas where we can actually see them quite easily."

One of the birds Kiwis will be keeping an eye out for is the dunnock, or hedge sparrow, which has declined in numbers recently.

Dr Brandt said there were a number of factors that could have led to the dunnock's decline.

"If there are declines going on, as we've seen over the last five years for the dunnock, that can signal something else is happening in the environment.

"There are some areas that did have lower abundance of certain native species and those are definitely coming back.

"It may be such as in Wellington where Zealandia can provide a source population for some species like kākā, then you start to see greater increases in those species." 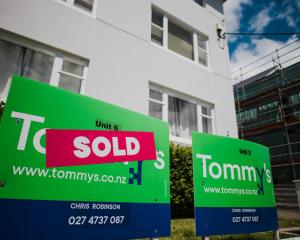 Warning for buyers of multi-unit properties