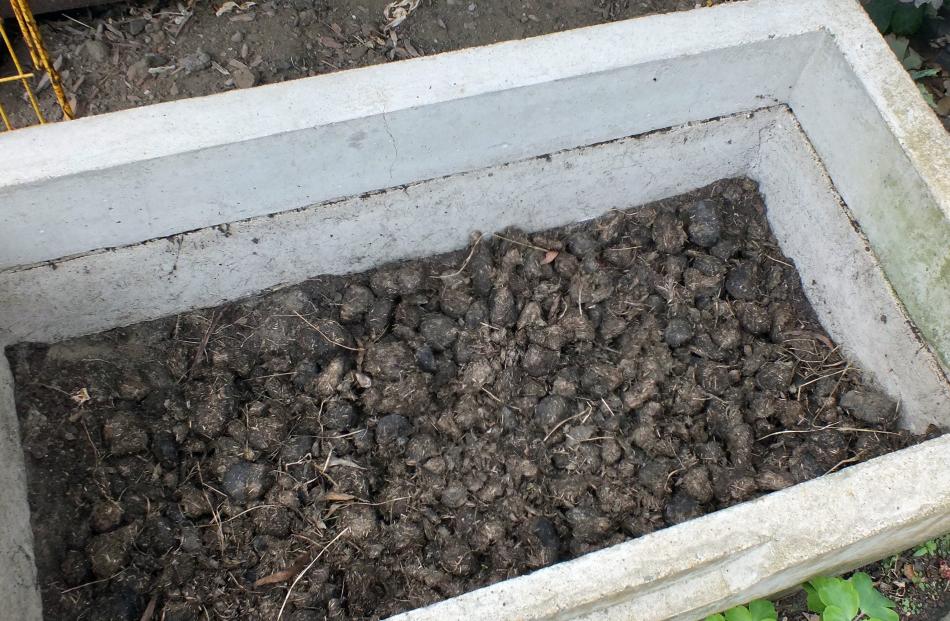 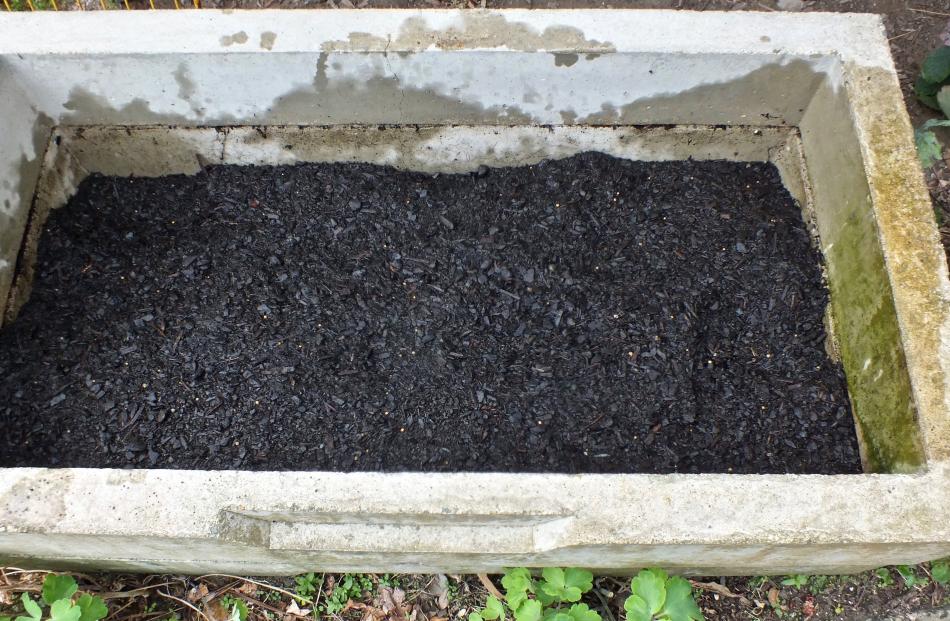 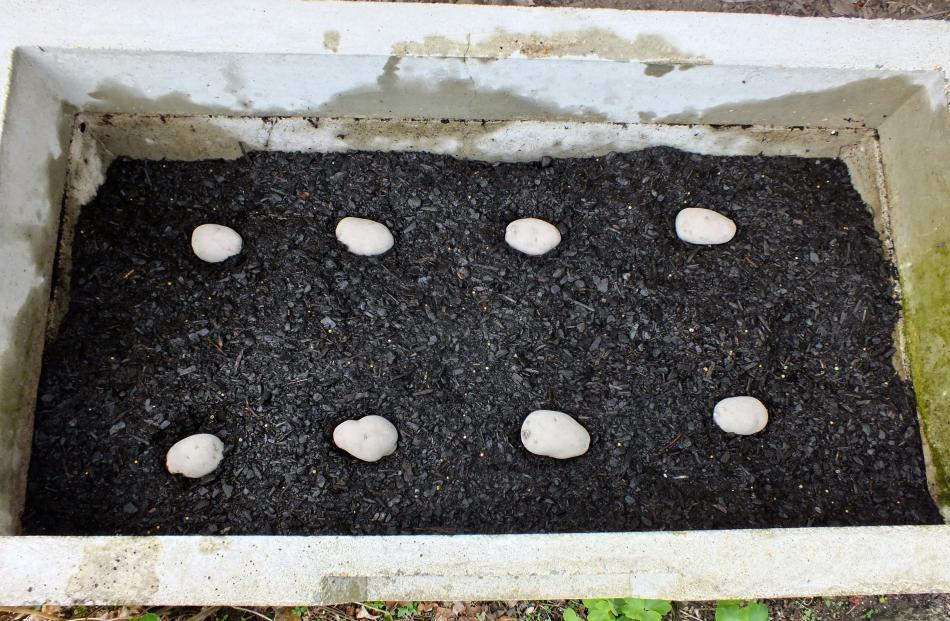 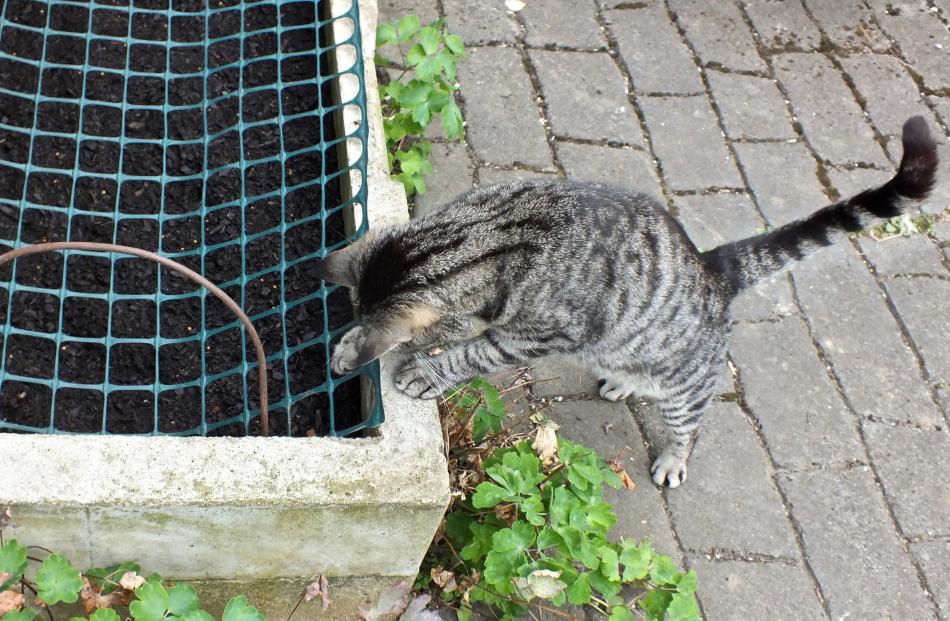 Gillian Vine says if you get into gear, you can have new potatoes for Easter.

Easter is quite late this year, with Good Friday falling on April 10.

That means that, if you’re speedy, you can have new potatoes for the holiday weekend.

It may be necessary to search for seed spuds, as few garden centres have them in stock at present. I tried several outlets in Dunedin — a great excuse for browsing flowers and shrubs, too — and eventually found Van Rosa and Nadine in 1kg bags. There were a couple of other varieties in 2kg bags — too many for me, though.

I opted for red-skinned Van Rosa, usually sold as a main-crop spud that takes up to three months to mature, but I like it as a new potato, too.

Potatoes can be grown in buckets. Photos: Gillian Vine
If you can source any, Rocket and Swift are ready in just under two months, so they would be excellent varieties to plant now.

As well as in a garden bed, potatoes can be grown in buckets of fairly loose potting mix. If you choose to do this, make sure the containers do not dry out. On the other hand, too much water is unhelpful. As with any potatoes, the aim is to have consistent moisture throughout the growing season.

I grow new potatoes in the same place every year, a bottomless concrete frame. Now before you criticise my lack of crop rotation, I should explain that when all the potatoes are lifted, the soil is taken out, spread on flower beds and I start again with a layer of horse poo on the bottom. It works well and the flowers seem happy, too.

I don’t worry if the manure is fairly fresh, although sometimes that produces somewhat scabby-skinned spuds if they go down far enough to touch the poo. 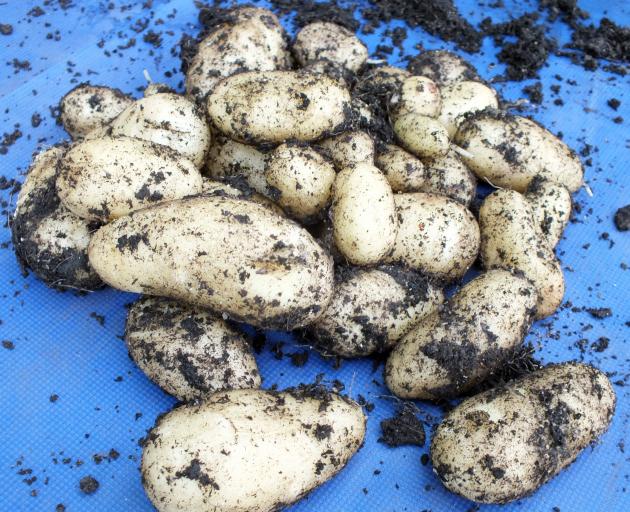 A good crop grown from a single seed potato.
Watered well, the manure is covered with a thick layer of bought potting mix (mine cost $6 a bag), that I boost with a handful of blood and bone.

That is watered well, too, then the seed potatoes are positioned on top. The 1kg bag of Van Rosa had more than I needed, so I gave away the surplus rather than save them until spring.

Over the potatoes is another layer of potting mix, again well watered, and finally the bed is covered with mesh to keep cats off.

My method may not be scientific but it does work and — with luck and consistent watering — I’ll be eating potatoes at Easter.

What does it mean?

•Potatoes are sold in three categories, First Early, Second Early and Main Crop.  The names refer to approximately how long varieties in each group take to mature, not when they need to be planted.

•First Early can take as little as 60 days from planting to harvesting, the speediest being the appropriately named Rocket and Swift. Arran Banner, Liseta, Maris Anchor and Jersey Benne are slower (70-90 days).

•Main-crop potatoes are the slow coaches — Red King may take 120 days to maturity — and are considered the best keepers, although on occasion I have kept First Early Maris Anchor through the winter. Main varieties include Agria, Desiree, Moonlight, Red Rascal, Rua and Van Rosa.

•It pays to experiment to see what works best in your garden and not to be totally tied to distributors’ assessment of when to grow.