Misty morning at the Routeburn Flats camp. Photo: Alina Suchanski
The Routeburn Track spanning the Mt Aspiring and the Fiordland National Parks is one of the most popular Great Walks in New Zealand, writes Alina Suchanski, but few trampers take a diversion down the unmarked trail to the Valley of the Trolls and its crowning jewel, Lake Wilson. 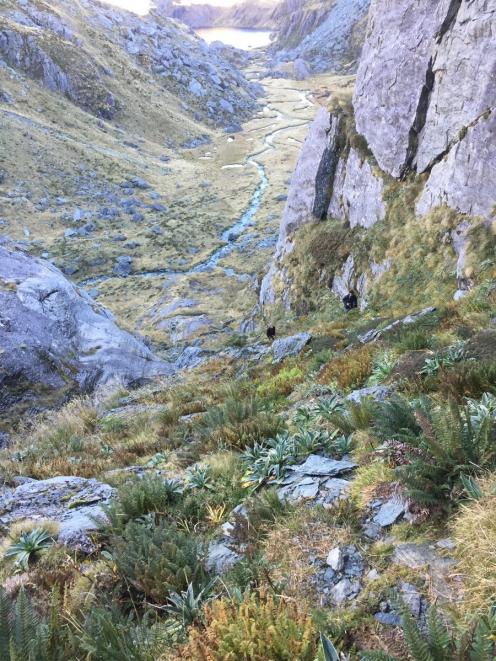 Climbing towards Lake Wilson with the Valley of the Trolls and Lake HArris in the distance. Photo: Petrina Duncan
"What do trolls look like?" I asked my three companions, as we huddled over our camping stoves by the tent perched on a rocky ledge high in the Mt Aspiring National Park. "Just so I know when I see one," I added, looking around.

We were in the Valley of the Trolls.

I spent the night before the trip at my friend Petrina's home in Luggate, near Wanaka. Joining us on this trip were Petrina's cousin, Matthew, and his girlfriend, Emily. The next day the four of us drove on one of New Zealand's most scenic roads over the Crown Range, through Queenstown to Glenorchy and continued to the start of the Routeburn Track. It is not surprising that Sir Peter Jackson chose this spectacular scenery to film some footage of his The Lord of The Rings and Hobbit movies.

We followed the beautiful Routeburn Gorge for two hours until the walls on either side of the river parted, opening on to grassy flats surrounded by spiky mountains. Half an hour later we arrived at the Routeburn Flats Hut. The campsite, located 200m upstream from the hut, is well appointed with enough picnic tables, benches and two covered cooking stations. We ate our dinner admiring the last rays of the setting sun illuminating the mountain tops. 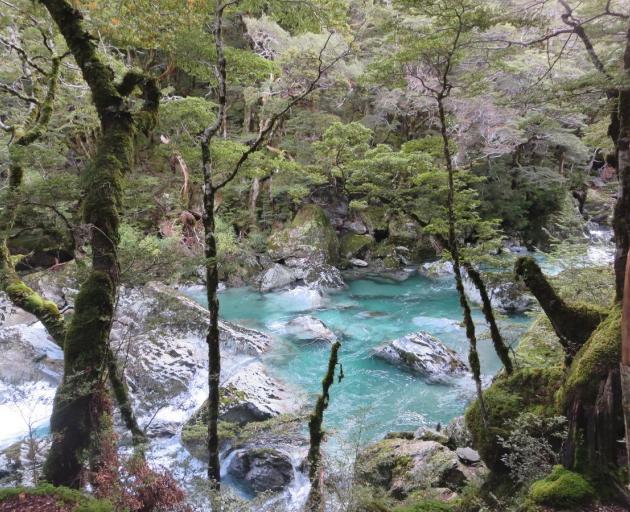 Crystal clear water of the Routeburn River. Photo: Alina Suchanski
It was a cold night with the silence disturbed by the river roaring like a dragon and punctuated by thundering of rocks dislodged by its swift current (or was it trolls playing in the dead of night?).

We woke up to a frosty morning in a tent soggy with condensation dripping on to our sleeping bags. Frozen dew on the outside fell off in chunks as we shook the fabric. As the fog dissipated, the almost horizontal rays of the rising sun enveloped the camp and the people. 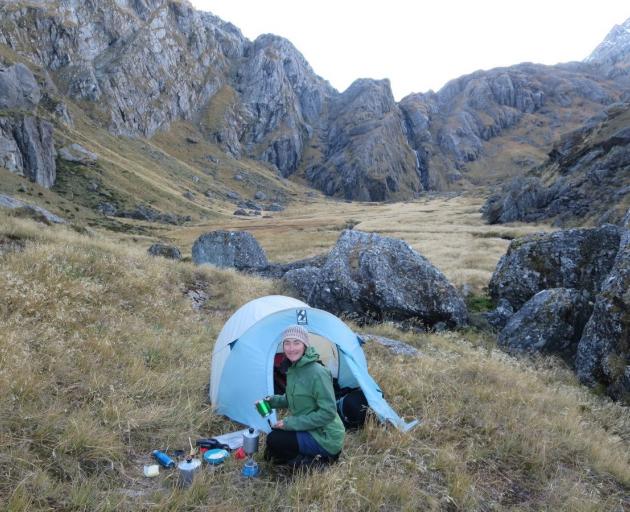 Petrina making a cup of tea at our campsite in the Valley of the Trolls. Photo: Alina Suchanski
After breakfast we continued towards the Harris Saddle. When we reached Lake Harris near the saddle, our destination became apparent - in the distance across the water, in a gap between the surrounding mountains was a grassy valley with rocks strewn on its floor. We left the marked track and followed a stoat trapping route towards the lake. Skirting around its steep shores was a bit hair-rising, as a simple mis-step would see us plunge into the lake's icy waters.

It took an hour to reach the entrance to the Valley of the Trolls, a fitting name for this remote and wild place with huge boulders grotesquely scattered on the ground as if tossed about by angry giants. Certain light brings out monstrous faces in the rocky walls around.

Matthew, Emily (right) and I set up camp at Lake Wilson. Photo: Petrina Duncan
Dry flat ground was scarce, so we pitched our tents on what we could find and, leaving our packs behind, we crossed a swampy plateau dotted with tarns. At the head of the valley, a waterfall tumbled down a near-vertical rock face. We wanted to get to its source, Lake Wilson, but access looked impossibly steep. We decided to climb up a shoot on the true left of the waterfall. The occasional cairn confirmed that we had taken the right route.

Few feelings can compare to the satisfaction of reaching a beautiful spot like this - a mountain lake reflecting the surrounding peaks illuminated by the orange glow of the setting sun. We celebrated with a cup of tea, a perfect reward for our trouble to get there.

We didn't linger for too long though, mindful of the approaching night and the distance to our camp. Luckily, we reached it just on dusk. Later, as we cooked our evening meal by torch light we pondered how hard it would've been to walk in the dark across the bog full of tarns and creaks. 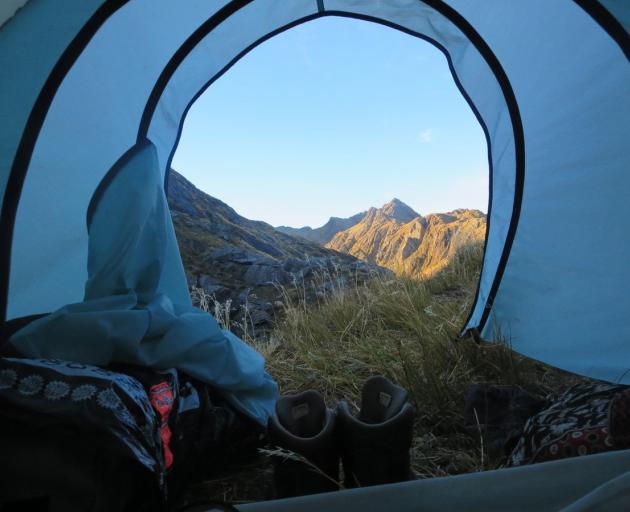 The view of the Valley of the Trolls from our tent. Photo: Alina Suchanski
By 7.30pm, we were snug in our sleeping bags. The night was cold, clear and breezy. I slept for 12 hours, earplugs blocking the noise of a nearby stream.

The next day, the sun was shining as we walked back to the car park. Keas and falcons were flying above our heads, while robins and tiny riflemen checked us out in the bush. It was a joy to walk among this amazing alpine scenery on such a glorious day.

One of the benefits of tramping is that it makes you appreciate the simple comforts. Back at Petrina's place, a hot shower, the heat from the log burner and a comfortable bed seemed like real luxuries after two nights spent in a tent. 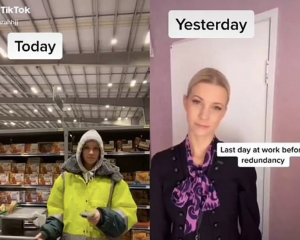 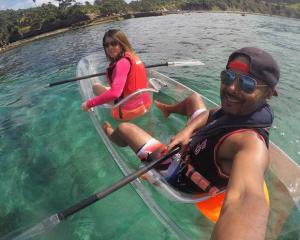