The first of two sold-out nights at the Union Hall on the University of Otago campus drew 1500 bed-sheet-clad first-year students out to party. 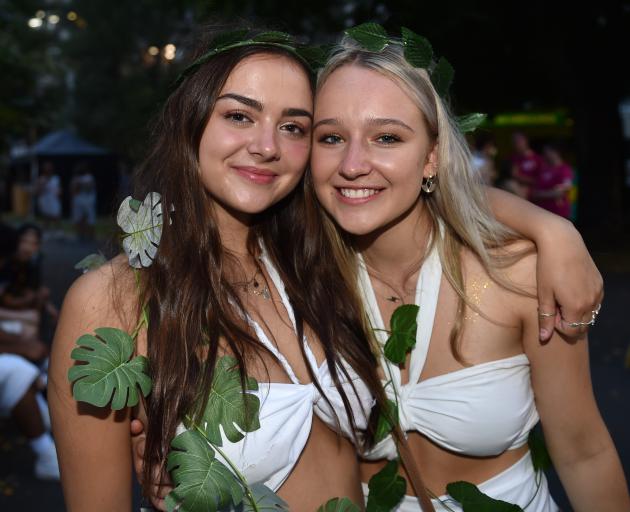 Kate Bryant (left, 17), of Dunedin, and Ella Andersen (18), of Oamaru, prepare to party like the ancient Greeks at the O Week toga party at the Union Hall, in Dunedin, last night. PHOTOS: GREGOR RICHARDSON

ts and venues operations manager Jason Schroeder said orientation week concerts at the Union Hall dated back to the 1970s.

In previous years the toga party had been held at Forsyth Barr Stadium.

Though the logistics of planning an event under the uncertainty of Covid-19 restrictions forced the OUSA’s hand last September to split the party into two nights in the smaller Union Hall, the energy and atmosphere in the smaller venue was "electric", Mr Schroeder said.

The crowd warms up as Dunedin band Loose & Colourful starts the festivities.
"We really like it here, it’s really nice being back on campus," Mr Schroeder said. 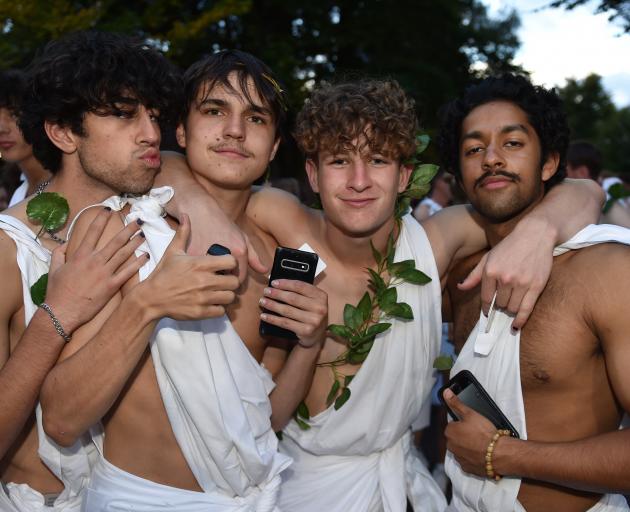 Wellingtonians (from left) Abe Tahau, Tom Coffey, Richard Carroll and Nish John (all 18), are ready for a big night out.
About 40 volunteer OUSA student support Are You OK crew members were on hand to look after student welfare. 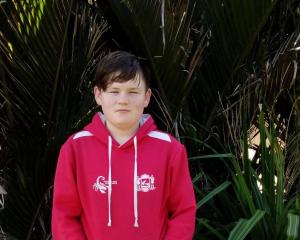