‘It’s not just you getting hurt’: Crash survivor speaks out 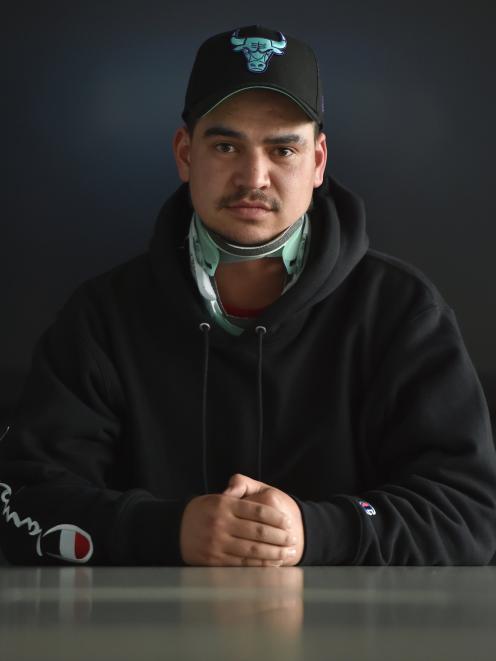 Dunedin’s Luca Hapuku wants people to speak out if they feel unsafe in a car, after he was seriously injured in a crash that killed his friend. PHOTO: GREGOR RICHARDSON
"All it takes is just one little movement and there could be no movement."

It is a fact that became all too apparent for Dunedin’s Luca Hapuku (20) when he woke up in hospital following a crash that killed one of his friends and injured another.

He was a passenger in a vehicle driven by Grason Veitch (18), who died after it went off Ravensbourne Rd early on September 20.

Mr Hapuku received multiple serious injuries, including a broken neck and back.

He also had post-traumatic amnesia — his brain effectively shut off to deal with the trauma.

It was not until his third day in hospital that he fully understood what had happened in the crash.

He could not remember the crash itself but had visited the crash site, which made him realise how bad it was.

He had known Grason for about four months, through work and friends.

His mother, Bronwyn Kyles, was initially unaware how badly injured her son was.

But when she got to Dunedin Hospital and heard that someone had died, that changed.

Mr Hapuku had a long road to recovery.

They were unsure of the timeframe, but it could be one to two years before he was fully recovered.

Mr Hapuku decided to speak publicly in a bid to get other young people to speak out if they felt unsafe, or if they saw dangerous driving behaviour.

"All it took was not even five seconds and all of this happened."

He had said he was uncomfortable in the vehicle before the crash, but wished he had spoken up earlier.

"Maybe all of this wouldn’t have happened."

It was not just the victim of a crash that was affected, he said.

"Think about your family.

"It’s not just you getting hurt. It’s all the other ones around you as well.

"Don’t be selfish, if that makes sense.

"Speak up and say ‘nah, I don’t feel comfortable doing this’, or ‘you should slow down or stop’.

"If they’re your friends, they’ll respect that."