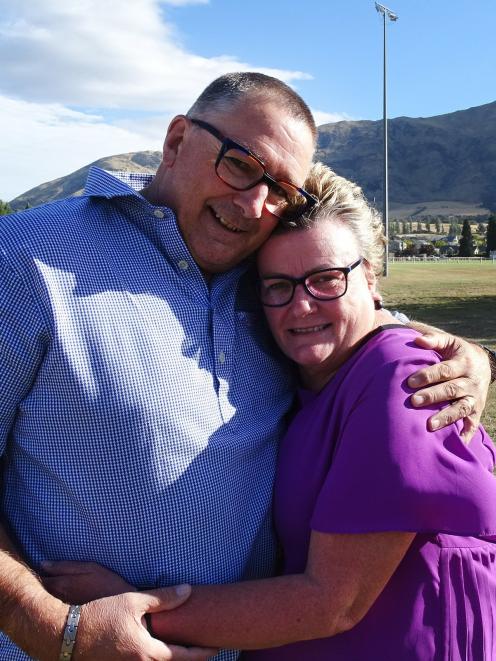 "We are both still suffering post-Covid symptoms," Mr Rose said.

"I haven’t got my full sense of taste and smell back, and if I climb up a set of stairs or go for a walk I’m short of breath ... it’s lingering and they don’t know if I am going to be like this forever or if I am going to get better.

"Leanne is very fatigued, to the degree that she had to resign from her job — she’s trying to find a new part-time job at the moment."

The couple are examples of the randomness of viral transmission.

Covid-19 arrived in the Queenstown Lakes region through the unwitting vector of the World Hereford Conference in Queenstown.

Some of the soon-to-fall-ill conference attendees drove over the Crown Range to attend the Wanaka A&P Show, and one of them crossed paths with Mr Rose.

"I had two mates with me the entire day, we all did exactly the same thing, I got it and they didn’t, it’s that random."

A couple of days after the show, Mr Rose developed flu-like symptoms and stayed home for the rest of the week.

On the Monday he went back to work as a glass salesman, but not for long.

"The first day back at work was when it really set in with a vengeance," he said.

"Those first three days after that were complete s..., and maybe with hindsight one night I maybe should have called 111.

"We were also quite worried about Leanne because on a good day she has respiratory issues, but she was a bit different to me and it did not go to her chest, which was a good thing and could possibly have been a life-saver."

After the couple had their diagnoses confirmed, they received thoroughly professional care — and a new perspective on the global pandemic.

"We were sitting there like the rest of the country watching the daily numbers at 1pm and they were just numbers that didn’t mean anything.

"But we got it, and we felt we needed to tell people in Wanaka that ‘hey, it is here and it is real’.

"New Zealanders, we have had it too good and people have got too complacent. It is still real, and we have got to treat it seriously.

"I wouldn’t wish it on anybody, even my worst enemy."

The experience had also given the couple a new perspective on human nature, through the unwelcome phenomenon of Covid-19-bullying.

"I certainly found out who my true friends are," Mr Rose said.

One thing which has not deserted Mr Rose is his sense of humour; he joked that although he had lost some of his sense of taste, he had to keep trying beer to see if it was coming back.

"My philosophy is I’m still here, there are lots around the world who aren’t."