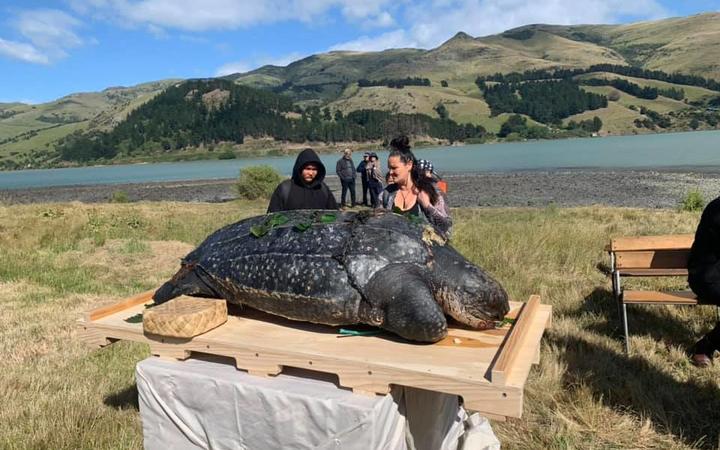 The critically endangered leatherback turtle, or honu, washed up dead in Banks Peninsula in March 2019.

It was initially transported to Te Papa in Wellington, but after it was discovered there was a communication issue during consultation between Koukourārata rūnanga and the Conservation Department it was returned to hapū.

Documents show more than $10,000 was spent by DOC and Te Papa on transportation and a burial ceremony.

Te Rūnanga o Koukourārata chair Dr Matiu Payne said the honu is a taniwha, a guiding deity for his people, and is part of the legends passed down, although this traditional knowledge was purposely not widely shared.

The permission given to take the honu, and its removal, was done in good faith by all parties, but the speed at which it happened meant the proper discussions had not taken place, he said.

Te Papa wanted it for research purposes - it would reduce the remains down to its skeleton to help identify fossil bones. It would also potentially display it.

"For us that's akin to a very close relative being treated the same way," Dr Payne said.

"It made us cry, it made us very sad to think that would be her fate, particularly given her importance to our environment and to the fabric of our mātauraka [knowledge]." 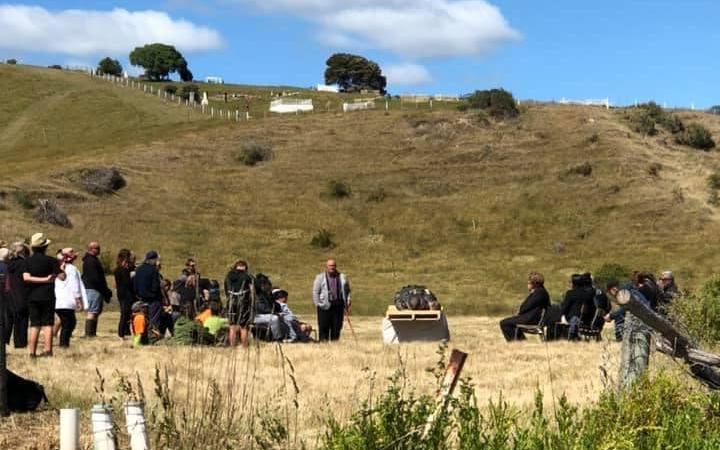 The turtle was buried on Horomaka Island Photo: SUPPLIED/ Te Rūnanga o Koukourarata
Te Papa became aware of issues with the consultation and discussions about returning it commenced shortly after it received the turtle.

Te Papa did not do any research on the turtle out of respect, and without the appropriate consent from the rūnanga.

It said according to tikanga, it was important that all parts of the taonga should be buried, if possible.

In December last year it was transported back to Banks Peninsula where a ceremony was held before it was helicoptered to Horomaka Island and laid in a cave dug by hapū.

Dr Payne praised DOC and Te Papa for the way they acted through the repatriation process, and said the relationship between them all has only strengthened.

"Through the process of repatriating honu we've created protocols and very strong relationships that we treasure.

"It is definitely a positive that's come out of this situation from something that started in a very grieving way - the healing that occurred through the repatriation - but also the ongoing relationships."

The honu was laid in the cave so the island would not become, in effect, a cemetery, he said.

"Because we believe the wairua associated with this taniwha is still active and her tūpāpaku, her corpse, is laying in a cave which intersects ... [with] the lay-lines of the sea and of the land.

"So spiritually then, she remains active in her duty of looking after the environment." 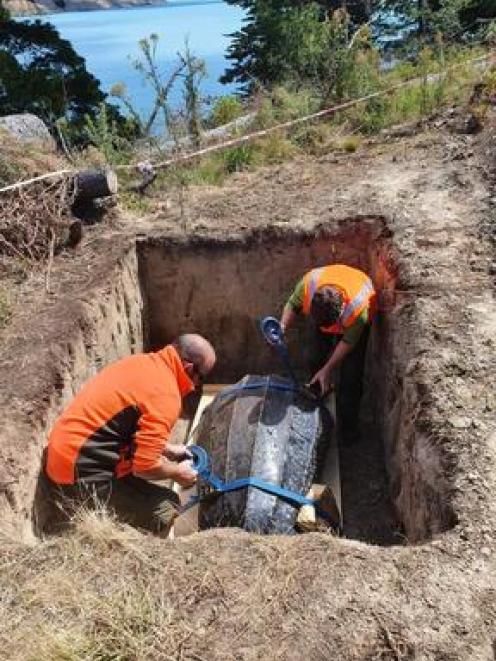 Photo: SUPPLIED/ Te Rūnanga o Koukourarata
This was also important because it meant the island had not been made tapu as a result of her being put there.

Seven Te Papa staff, including members of its executive leadership team and a board member attended the pōwhiri.

The Department of Conservation said seven of its staff went to the event, some in a volunteer capacity.

It said it spent about $5000 transporting the honu, while documents show Te Papa spent $6700.

Returning the honu was the right thing to do, the expenditure was appropriate and the relationship with hapū worth investing in, she said.

A Te Papa spokesperson echoed that.

"We stand by this decision and believe the costs associated with the return to be reasonable," they said.