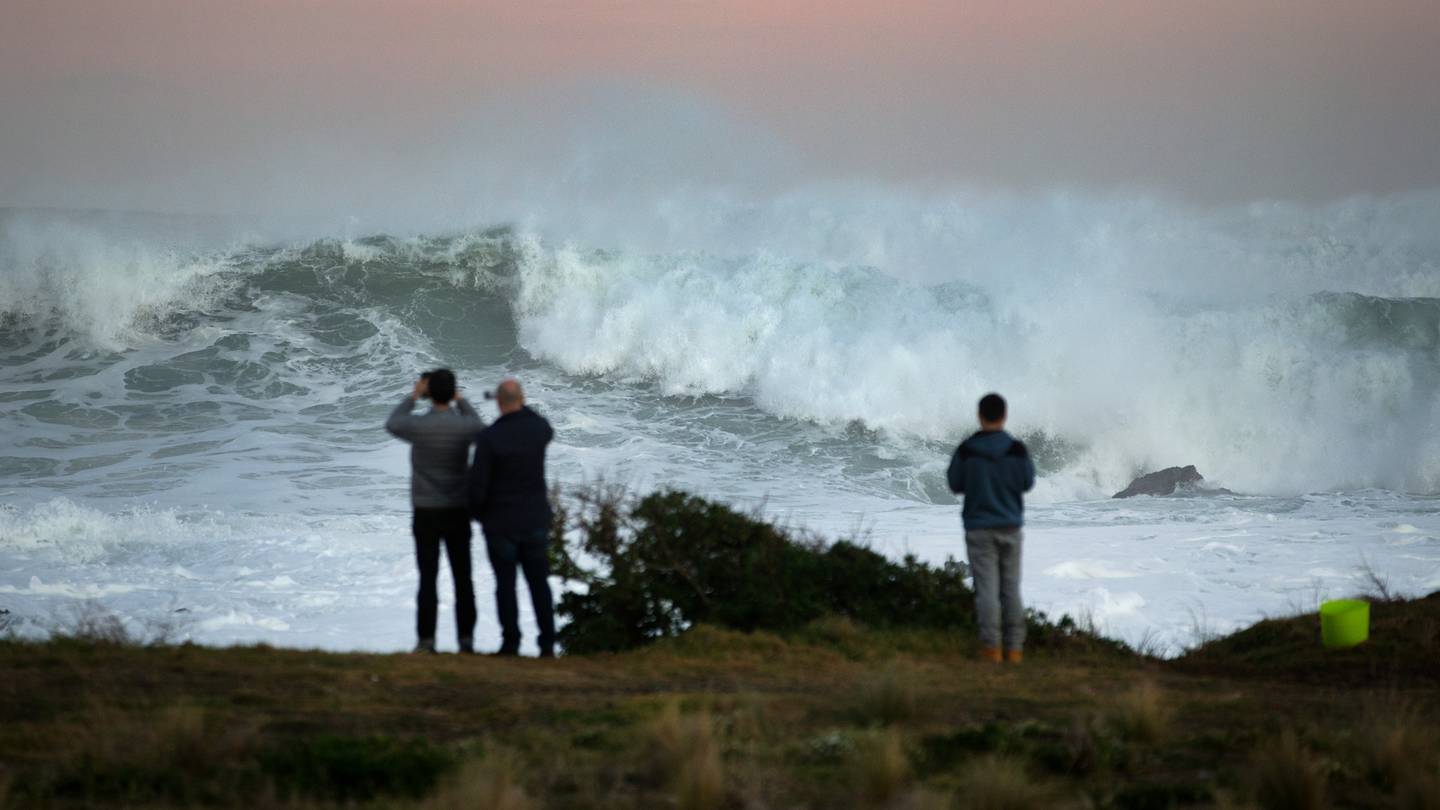 A southwest change on Wednesday is forecast to push temperatures as low as 10C in parts of the South Island, and bring heavy southwesterly winds to much of western New Zealand.

Those strong and persistent winds are also expected to drive swells up to 7.5m high on Wednesday in southwestern areas, with waves potentially reaching up to 10m high.

With Wednesday's big seas forecast to coincide with a low-pressure system and high tides, MetService has issued a heavy swell alert for all of the West Coast.

A severe weather warning has also been issued, and forecasters are expecting heavy downpours, severe wind and thunderstorms across much of the region.

MetService meteorologist Angus Hines said the swell action is expected to peak at midnight Tuesday or early on Wednesday morning.

"Then over all of Wednesday, it's going to be pretty large as well, before subsiding."

"Typically, anything four metres and above, we call that a heavy swell here," Hines said.

"So by the time you're getting to eight metres, you're doubling that. It's certainly right up there, in terms of the largest swells that we do see with regularity."

Hines had seen a handful of occasions in his years of forecasting where swell heights reached the double digits.

🌊 Large long period SW swells 🌊
Prolonged strong SW winds are expected to produce large 6-8m swell waves affecting the south and west of NZ. When combined with strong winds, waves up to 10m are likely in the SW.

"So we're getting pretty close to that."

Hines explained that these monster swells were created by prolonged strong winds over a large distance.

"That distance the wind is blowing over is what we call the fetch. In this case, there is a very long fetch, lasting for a couple of days and allowing these waves to grow to a very large size."

He said people travelling near the coast up the western side of the country should be careful on or near the water.

People were advised to keep up to date on marine and weather forecasts, and to also be aware heavy rain could cause swollen rivers, surface flooding and slips. 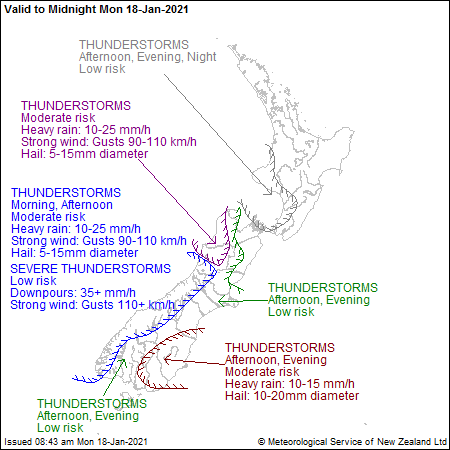 MetService meteorologist Peter Little said the southwest change kicking in on Wednesday into Thursday would drop temperatures by up to 10C in the South Island.

Little said the temperature change wouldn't be as dramatic in the North Island, but people would definitely feel the impact of the southwester.

Auckland is forecast to drop to 21C on Wednesday, and 20C on Thursday.