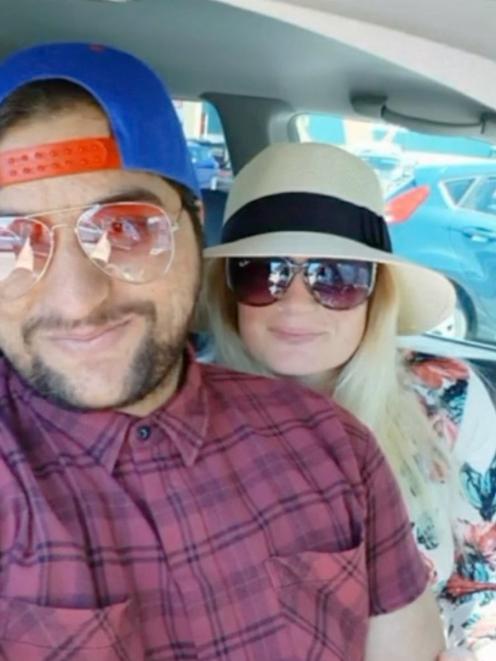 Ankit Kapila and Nicole Macey were married in 2016 — allegedly Kapila’s second marriage. PHOTO: SUPPLIED
A Dunedin woman whose marriage to an alleged bigamist has now been annulled says time will never heal her pain.

Ankit Kapila (33) — an aspiring musician who calls himself "a complete entertainment factory" — was supposed to appear in the Dunedin District Court in August last year, but never showed up.

He married Nicole Macey in Christchurch in 2016 and the following year he attempted to bring his first wife into the country, it is alleged.

The "certificate of marriage", provided to Immigration New Zealand, features photos of the defendant and Seema Kapila, along with their signatures, and noted they married in June 2010.

Kapila, who uses the moniker "Rapper Ansh aka Dili Da Dilwala" but more recently worked at a pizzeria, faces charges of bigamy, threatening to kill, assault in a family relationship, possession of a knife and breaching a protection order.

He will be arrested on the spot if he returns to New Zealand after a warrant for his arrest was issued in August.

Since the charges were laid, Ms Macey had been working with lawyers to have her marriage to Kapila quashed.

Days before Christmas, a judge granted the annulment.

Since the charges were laid and the case made headlines last year, she said Kapila had told her he wanted nothing to do with the two children he had fathered.

Most of the contact she received through social media from him was abuse, she said.

Ms Macey described finding out about Kapila’s first marriage as like "[discovering] my whole life’s been a lie basically".

"Time will never heal anything ... it’s always going to be there."

Ms Macey had previously said she feared her ex-partner returning to New Zealand and slipping through the clutches of the authorities.

Those thoughts remained, but she said she refused to live in fear and make her children scared too.

Despite her ordeal, Ms Macey said she did not hate Kapila.

"I think of the good times," she said.

Kapila has been contacted for comment but has not responded.

A social media account says he is now living in Ukraine.