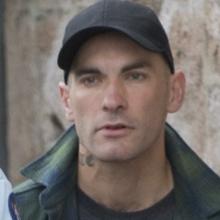 Brandon Antony Macgregor — one of the city’s most prolific thieves, with more than 50 dishonesty convictions to his name — appeared in the Dunedin District Court yesterday where he told Judge Jim Large he had never felt sorry about his offending until now.

The 27-year-old had admitted four charges of shoplifting, one of trespass and one of possessing ammunition.

The latter had provided serious cause for reflection, he said.

When police arrested him with 100 high-powered rifle cartridges a week before the second anniversary of the horrifying rampage that claimed the lives of 51 worshippers, the defendant was placed under extreme scrutiny.

Macgregor, who chose to represent himself despite warnings from the judge, spoke a little more bluntly than the average defence lawyer.

Macgregor took the opportunity in court to apologise for the scare he caused and said he continued to feel "like scum".

Court documents described how the man entered Gun City and grabbed the box of ammunition before catching the eye of a staff member.

"I don’t have the money to pay for this," he said as he wrapped it in his jacket.

When Macgregor tried to leave, he was confronted by the shopkeeper.

"If I don’t get what they want they will bash me," he said.

Macgregor elaborated on his motives in court yesterday, saying he swiped the goods to settle a debt he had incurred.

"I needed to make some fast money," he said.

Macgregor, the court heard, had embarked on a spree of thefts in the preceding days.

He stole a $90 bottle of absinthe from a liquor store, a $900 guitar accessory from a music shop and a gaming controller.

The defendant told Judge Large the wireless guitar pedal had been returned.

What about the absinthe?

"That was consumed," Macgregor said.

The self-represented defendant made coherent submissions on his sentence, arriving at a final outcome of 15 months’ imprisonment.

Judge Large said Macgregor, who had 40 previous shoplifting convictions and 13 for burglary, had been too harsh on himself.

He jailed him for seven months and ordered him to pay $519 reparation.